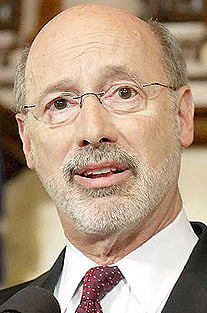 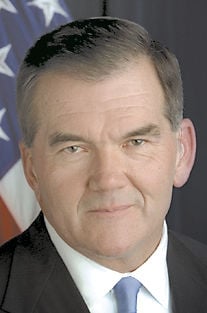 Ridge made it clear that the available evidence indicates there is little fraud associated with mail-in voting, but that state officials need to act so that local officials are in a better position to handle what’s expected to be an avalanche of mail-in ballots in November.

The November election will be the first presidential election since Pennsylvania allowed voters to get mail-in ballots without providing an excuse to get an absentee ballot.

“While many states go so far as to count ballots prior to Election Day, there is no reason to prevent at least opening envelopes, verifying signatures and stacking ballots so they’re ready to be counted right away,” said Ridge, who served as Pennsylvania’s governor from 1995-2001, when he left to become the country’s first director of Homeland Security after the 9/11 terrorist attacks.

“We know we’re unlikely to have results on Election Day, and that is OK” Ridge said. “The correct result is worth waiting for. But with an influx of absentee ballots expected this year, we must take all steps possible to ensure that officials can still run secure and efficient elections. Any effort to the contrary only serves to discredit the outcome and the sanctity of our vote.”

Ridge added that Florida, the state where President Donald Trump submits his absentee ballot, is among those that allow counting of mail-in ballots to begin before Election Day.

Current Pennsylvania law bars counties from opening mailed ballots and checking the signatures until the polls open on Election Day, meaning that counties deluged with mailed ballots will be pressed to complete the counting process in a timely manner.

There’s been broad consensus about the need to allow counties to what government officials call the “pre-canvassing” process. There’s less agreement over how much time to give them.

County officials have asked for as much as 21 days to begin pre-canvassing the mailed ballots.

The June primary was the first time voters in Pennsylvania could vote by mail without providing an excuse to get a mailed ballot.

About 1.5 million people voted by mail in June and election officials are bracing for a dramatic increase in mailed ballots in November when the presidential election will be held.

Forrest Lehman, election director for Lycoming County, said his county was able to handle the mail-in ballots in June, but added that the primary wasn’t “particularly instructive because of low turnout” among voters.

Lehman said that while there will be public pressure for counties to produce election results quickly, election officials will be more directly concerned about getting the count right.

“Counties will be geared toward accuracy, not speed,” he said.

The steps the state have already taken to adapt to mail-in voting, including the use of drop boxes in some counties,  have led to lawsuits in both federal and state court. As a result of those legal challenges looming, along with the uncertainty about what kind of deal the governor and the General Assembly will reach, “we are in uncharted territory,” Lehman said. “We are running short on time, but we are not out of time,” he said.

The state Senate State Government committee on Tuesday approved an election reform bill that had already passed the state House. Wolf’s office has indicated that Wolf doesn’t support the legislation and will veto it if it’s sent to him unchanged.

The full Senate didn’t take up the measure on Wednesday, its last scheduled voting day until Sept. 21.

The measure would give counties more time to prepare mailed ballots for counting, cut off applications for mail-in ballots a week earlier than existing law and allow voters to hand-deliver mailed-ballots to their county courthouse, county elections office or their polling place.

The measure won’t allow ballots that arrive after Election Day to be counted and it bars the use of drop boxes that some counties used in the primary to give voters an option to hand-deliver their ballots while maintaining social distancing protections.

Wolf has said he objects to the parts of the proposal that would make voting less accessible. If passed in its current form, Wolf will veto the legislation, his spokeswoman, Lyndsay Kensinger, said Tuesday.