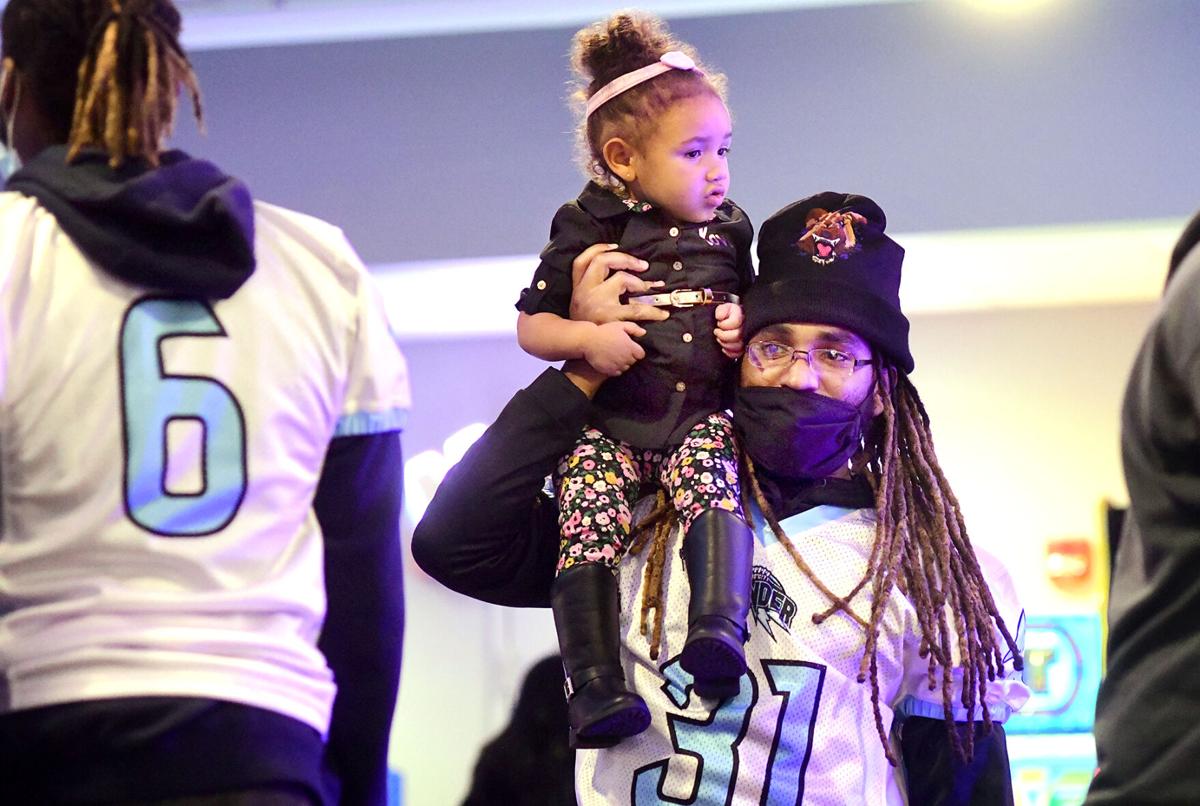 Trey Andrews, Flood City Thunder cornerback, carries his daughter, Jayvielle, 1, through the crowd during a player meet-and-greet at 814 Lanes & Games in Richland Township on Thursday, April 1, 2021. 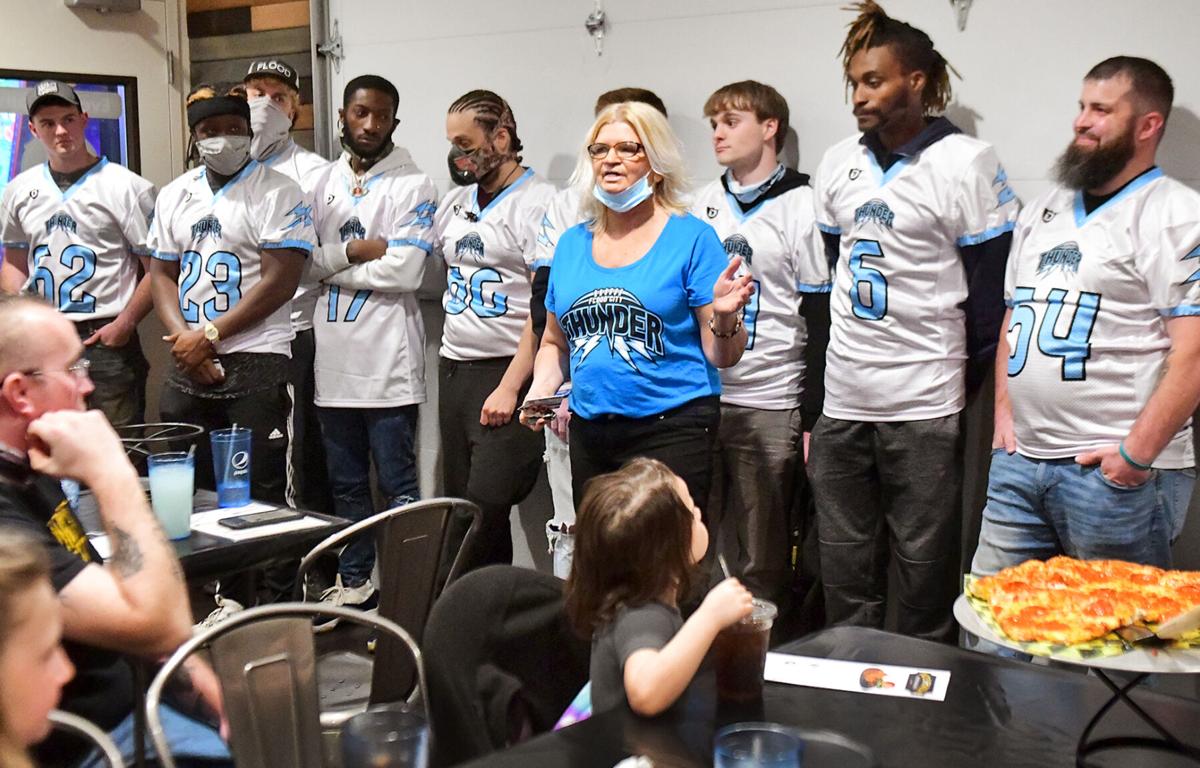 Trey Andrews, Flood City Thunder cornerback, carries his daughter, Jayvielle, 1, through the crowd during a player meet-and-greet at 814 Lanes & Games in Richland Township on Thursday, April 1, 2021.

The Flood City Thunder is set to open its 2021 season at home Saturday night against the Jefferson County Jaguars.

The local team in the semi-professional Greater Eastern Football Association has already begun its work Thursday with a public meet-and-greet event that included players as well as the Thunder’s new head coach, Chuck Kassick, and General Manager Quenteen Robinson.

“We know we are a football team, but we are bigger than football,” Kassick said. “This is about families, it’s about our area, to be something positive this town can get behind and be proud of.”

During the team’s public appearance Thursday night at 814 Lanes & Games, fans were able to meet the players and play arcade games with them.

Robinson, who was brought on as general manager and player, said the Thunder have progressed to a new level.

“I’m excited,” Robinson said. ““Last year, they didn’t have a routine or regiment. This year, I tried to put together the best staff I could who had the available time to give them what they need. (Kassick) is somebody who knows the game of football and is willing to put in the time even though he is a busy person and has a family himself.”

Second-year players, including running back Shareef Blough, attested to the team’s growth.

“We are going to be better than last year,” Blough said. “The chemistry on the team alone signals that.”

Eddie Simms, nose guard, said the meet-and-greet Thursday was a great way to get in touch with the community.

“It’s exciting to have fans come out and see you,” Simms said. “The team is getting bigger around the community.”

Team owner Georgianne Matava looked over the team’s 34-man roster Thursday night and reflected on the change from last year.

“Last year was a growing season,” Matava said. “Now we have double the number of players as last year.

“We want to grow and continue our mission.”

Who: Flood City Thunder vs. the Jefferson County Jaguars

Where: Sargent’s Stadium at the Point