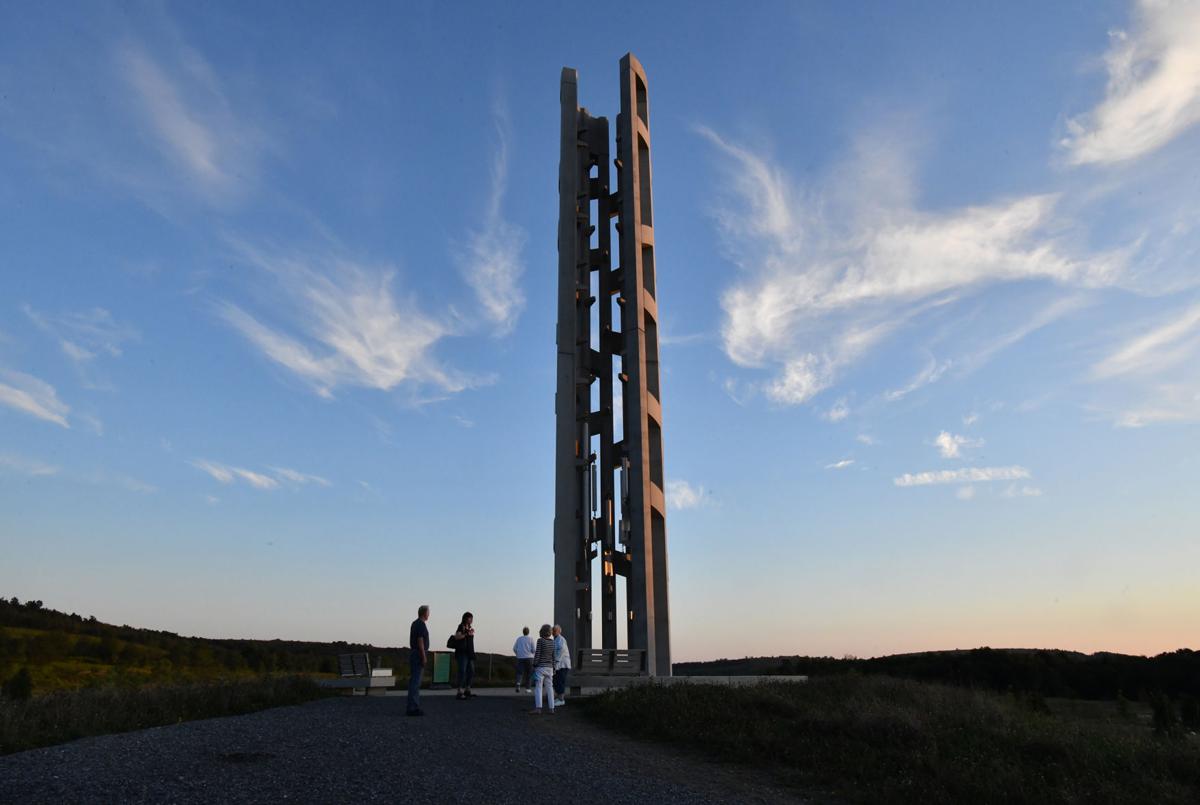 Visitors are shown at the Tower of Voices monument at Flight 93 National Memorial in Shanksville, Pa., on Sept. 3. 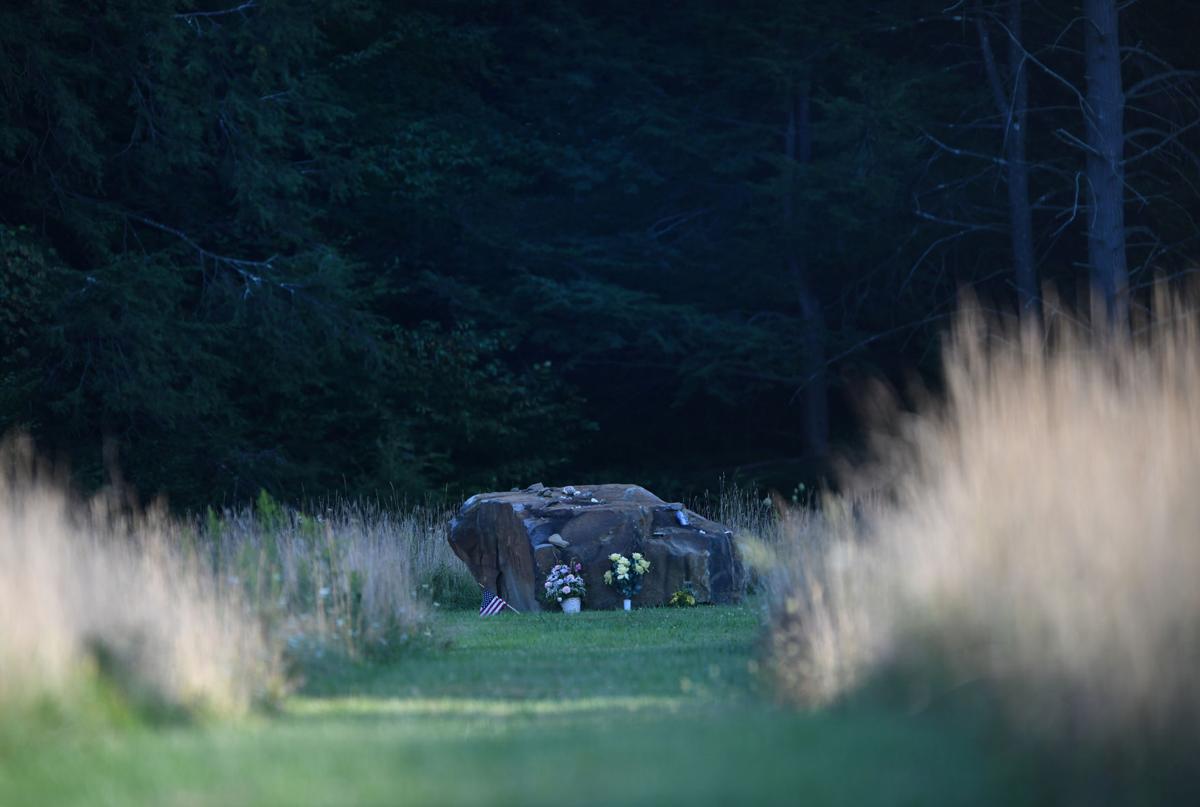 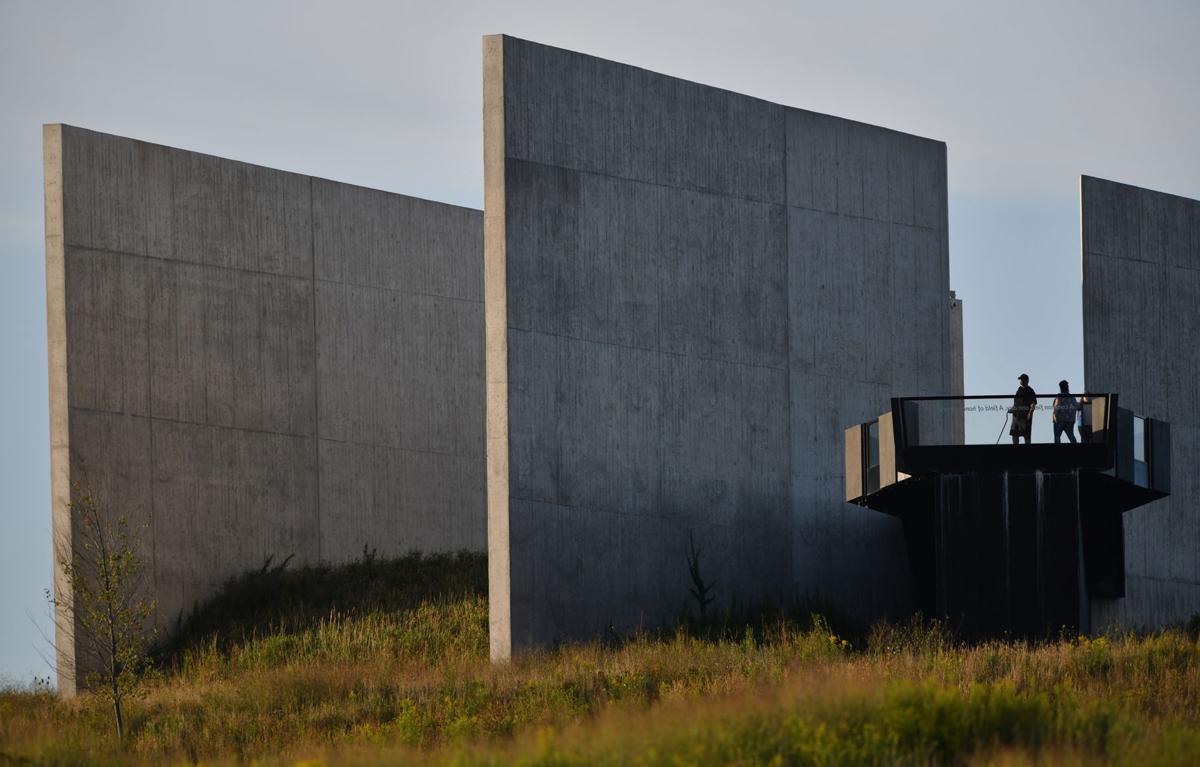 People stand on the observation deck outside the visitors center at Flight 93 National Memorial in Shanksville, Pa.

Visitors are shown at the Tower of Voices monument at Flight 93 National Memorial in Shanksville, Pa., on Sept. 3.

People stand on the observation deck outside the visitors center at Flight 93 National Memorial in Shanksville, Pa.

As the 18th anniversary of Sept. 11, 2001 draws near, officials at Flight 93 National Memorial are urging the public to arrive at least 90 minutes before the annual observance ceremony begins at 9:45 a.m.

This year's ceremony will take place on the Memorial Plaza. Cordek said 2014 was the last time the annual observance ceremony was held here. Heavy rains prevented plans for last year's events to take place there, she said.

"This year, the weather has been perfect for it," she said.

Because there is limited seating and no parking at the site, those who wish to attend will be shuttled from a parking area to the location where the ceremony will take place.

Shuttles will begin operating at 6:15 a.m. and will include accessible buses that accommodate wheelchairs. No backpacks or umbrellas will be permitted.

Vice President Mike Pence and U.S. Secretary of the Interior David Bernhardt at the ceremony, the National Park Service announced Friday, along with Rev. Paul Britton and Gordon Felt of Families of Flight 93 and Mitchell Zuckoff, author of "Fall and Rise: The Story of 9/11."

Zuckoff, a Boston University journalism professor who covered the terror attacks of Sept. 11, 2001 while he was with the Boston Globe. In his recently published book, he calls United Airlines Flight 93 an "extraordinary part of the story."

The book details the terrorist attacks by focusing on those who were killed and those who survive and also includes stories of the passengers and crew of United Airlines Flight 93, as well as first responders at the Stonycreek Township crash site.

The annual observance will include the commemoration of the actual time the plane went down in the field near Shanksville by reading the names of the passengers and crew members beginning at 10:03 a.m. With the reading of each name, the Bells of Remembrance will be rung and a wreath will be placed at the Wall of Names.

Zuckoff told The Tribune-Democrat his remarks will focus on the actions of the 40 passengers and crew aboard Flight 93 who rose up against the terrorist hijackers.

“I am going to talk about how the men and women on Flight 93 represent the very best of us,” he said. “The way they came together, the way they fought back – while the goal was certainly to save themselves, the effect was for the greater good. I think that’s an example for us all.”

Cordek said September through October "are by far the busiest time of year" at the memorial, as leaves change and the anniversary of the terror attacks "really sends those memories of Sept. 11 flooding back."

Although the speakers and the location for each year's anniversary observance may change, Cordek said the focus of the ceremony is always to honor the passengers and crew of United Airlines Flight 93, as well as their loved ones.

"This is truly for the family members that lost someone that day," she said.

More information, including weather updates, is available on the park website, www.nps.gov/FLNI.

Vice President Mike Pence will return to Flight 93 National Memorial next week to take part in the 18th annual observance of the Sept. 11, 2001 terrorist attacks.

NULL[mdash] George R., 72, of Seanor, PA, beloved husband, father, grandfather and friend went home to be with his Lord and Savior on March 30, 2020. George was born on May 10, 1947 to the late William and Marie Null. He was preceded in death by his sister, Faye Thomas and brother, Boyd Null…