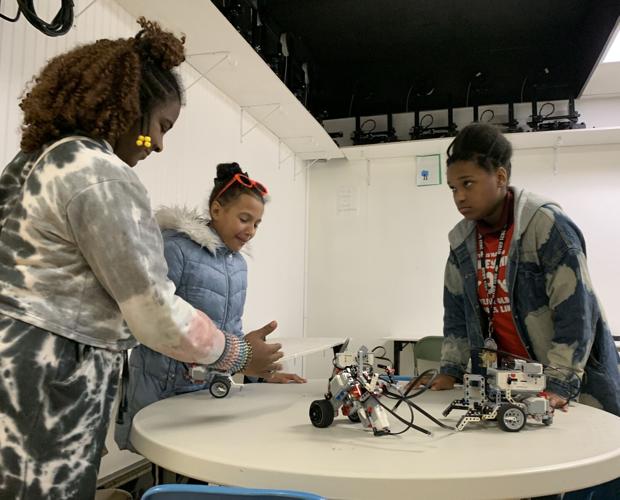 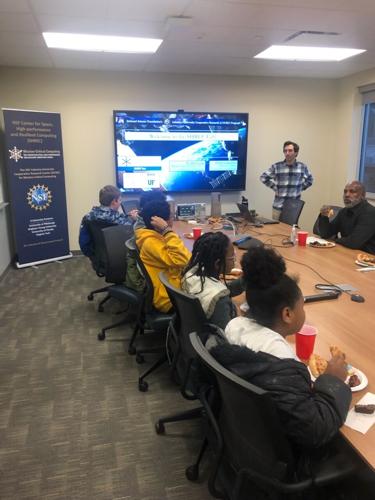 JOHNSTOWN, Pa. – Looking back on her trip to Pittsburgh with Flood City Youth Fitness Academy, 10-year-old Calleigh Jackson was reminded of her grandfather.

She said he encouraged her to experiment with science, technology, engineering and mathematics (STEM) and supplied her with materials.

That’s why she signed up for the FCYFA’s CODE 4 STEM academy with the University of Pittsburgh at Johnstown.

As part of that group, she got to explore a new Carnegie Science Center exhibit before anyone else, take in a University of Pittsburgh football game; chat with city business leaders, professors and scientists; and tour a control center for robotic equipment in a research lab at Pitt main’s Schenley Place.

“It was awesome,” Jackson said of the Saturday trip.

Jackson was one of nine middle and high school students from Greater Johnstown School District invited to attend the excursion.

Rose, 12, said his favorite part was the visit to the science center and getting to test drive the Mars rover model.

He was also fascinated by the diorama of what a base on the Red Planet could look like and the tour of the robotics equipment, including devices used on the International Space Station.

Rose said he wanted to move to Pittsburgh when he’s older and study to become an engineer.

He chose that career because of the creativity of the position.

That’s why he signed up for the STEM academy.

The students are now working on a robot that they themselves program to move around and speak.

Deacon Jeffrey Wilson, program director for the youth center, said the students provided well-crafted questions when discussing the STEM with the business leaders and scientists.

The students were able to pick the brains of James Martin, University of Pittsburgh vice chancellor for STEM research and innovation; Samuel Dickerson, Pitt associate professor of engineering; graduate student Michael Cannizzaro, of the University of Pittsburgh’s NSF Center for Space, High-performance and Resilient Computing; and others.

“It was great to see them fully engaged,” Wilson said.

Although all of the students said they learned a lot from the experience, many stated that their favorite part was getting to see the football game at Acrisure Stadium in a luxury box.

Young said it was a great view.

Wilson added that he’s been told by Martin, Dickerson, UPJ President Jem Spectar and state Sen. Bob Casey that the partnership between Flood City Youth Fitness Academy and the university campuses is a STEM workforce model for the country.