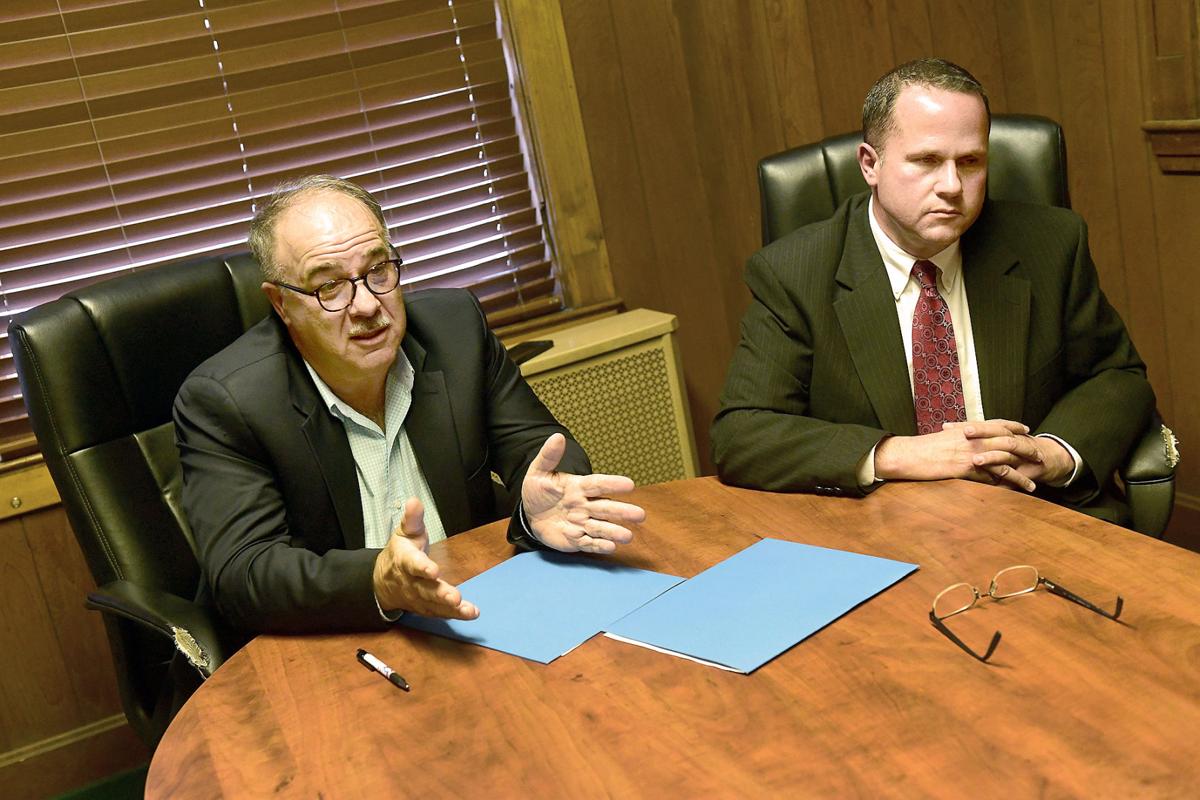 William "B.J." Smith, left, and Tom Chernisky, shown in an Oct. 2019 meeting with The Tribune-Democrat, were re-elected to the Cambria County Board of Commissioners on Tuesday, Nov. 5, 2019. 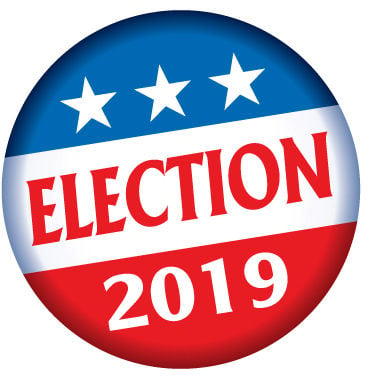 William "B.J." Smith, left, and Tom Chernisky, shown in an Oct. 2019 meeting with The Tribune-Democrat, were re-elected to the Cambria County Board of Commissioners on Tuesday, Nov. 5, 2019.

Cambria County Commissioners Tom Chernisky and William "B.J." Smith say they are seeking re-election with the intent to continue collaborating for the betterment of residents.

"We want to keep the momentum going that we started four years ago," Smith said.

After a vote to reopen the 2016 budget and cutting $1.1 million, Chernisky and Smith voted in favor of a 5-mill tax increase.

Both knew the decision was unpopular with voters, but saw no other way to improve the county's financial health.

"It's easy to sit on the sidelines and say, 'I'm going to lower your taxes,'" Smith said.

In 2017 and 2018, Chernisky and Smith supported county budgets that cut property taxes a half mill, which is approximately $600,000.

The county now has a $2.3 million general fund surplus, has reduced its outstanding debt by about $17 million and received two upgraded bond ratings from S&P Global Ratings.

For three consecutive years, the county has also paid off its annual tax anticipation note early, saving taxpayers $100,000 in interest each year.

"We're righting the ship," Chernisky said. "We inherited a mess."

Chernisky, who is seeking his third consecutive term as commissioner, was the board's minority commissioner during the last administration and voted unsuccessfully against previous budgets that he says anticipated a 97 % rate of tax collection.

"We went with true figures," he said.

Chernisky and Smith also pride themselves on their efforts to fix county-owned, structurally-deficient bridges and demolish blighted properties countywide.

In 2016, the commissioners enacted Act 89, which places a $5 fee on county vehicle registrations.

That fee, which collects about $700,000 per year, stays in Cambria County for specific projects, including rehabilitation and replacement of county bridges.

Of Cambria County's 26 bridges, 11 were structurally deficient, including Red Mill Bridge in Blacklick Township, which is closed. To date, Act 89 dollars have allowed for the rehabilitation or replacement of eight county-owned bridges.

Two bridges are scheduled for rehabilitation work in 2020 and Red Mill Bridge is slated for replacement in 2021.

The commissioners also enacted Act 152 in 2017, which allows the county's recorder of deeds office to collect a $15 fee on certain deeds and mortgages and put it in a demolition fund.

That fund, which is overseen by the Cambria County Redevelopment Authority, covers the cost of eight to 10 demolitions each year.

Since 2004, the factory sat vacant as community officials worked to find funding to bring the building down.

The borough sold the property in July to Med-Van Transport for $47,000.

Although Act 152 is "not a silver bullet," Chernisky and Smith say it's creating opportunities for all of Cambria County's municipalities to address blight and tearing down more dilapidated properties than in years past.

Closing the county's juvenile detention center in 2016 initially produced an annual savings of $900,000 to the general fund budget, but the property's acquisition by Adelphoi in 2017 will soon generate revenue.

Adelphoi invested more than $1 million into the Manor Drive facility before its opening last year. The Latrobe-based nonprofit's lease agreement with the county calls for no rent for the first 18 months, but $1,200 per month after 18 months and an increase to $2,000 by 2022.

It was a combination of creativity and collaboration that allowed these types of projects to come to fruition, according to Chernisky and Smith.

"We don't create jobs, we create the atmosphere" for job growth, Chernisky said. "We're doing a lot of little things that add up. We govern differently."

If elected to another term, Chernisky and Smith said they'll likely have to address an overhaul of the county's 911 system and may have to make tough decisions related to a potential classification change after the 2020 U.S. Census.

A projected decline in population could mean less funding for human services.

"You have to do the same amount of work with less money," Smith said.

When it comes to the county's drug crisis, the commissioners say they've been as involved as they can be by communicating with its drug and alcohol department leaders and through participation in the Cambria County Drug Coalition, of which Chernisky is vice-chair.

Chernisky and Smith said they'll continue to listen to the leaders in that circle. While some have been skeptical of or even against the administration of numerous doses of Narcan, an overdose-reversing nasal spray, Chernisky said it comes down to a focus on recovery.

"Narcan is a form of recovery," he said. "You can't have someone recover if they're dead."

Regardless of who's elected to the three-member board, Chernisky and Smith said they're running as a team and prepared to continue to work as one, as they have with minority Republican Commissioner Mark Wissinger, who is not seeking re-election.

"Commissioners are equal, we all have the same role," Chernisky added. "We don't have to agree on everything. We have trust in each other, we value each others' opinions. We're going to govern. We're going to do our jobs."

WIRICK[mdash] Alice Alice Louise "Allou" Powell- Wirick, 91, of Davidsville, formerly of Somerset, died January 18, 2020 at Laurel View Village, Davidsville. Born July 25, 1928 in Johnstown. She is the daughter of Harry A. and Alice C. (Craig) Ellis. Preceded in death by her parents, first h…

LITWALK (SLIVOSKY)[mdash] Gerianne "Geri", 67, of Johnstown died January 16, 2020, at Allegheny General Hospital. Born November 8, 1952, in Johnstown the daughter of William and Virginia (Mund) Slivosky. Preceded in death by her parents. Survived by her sisters: Lin McGuirk; and Marlene (Dav…