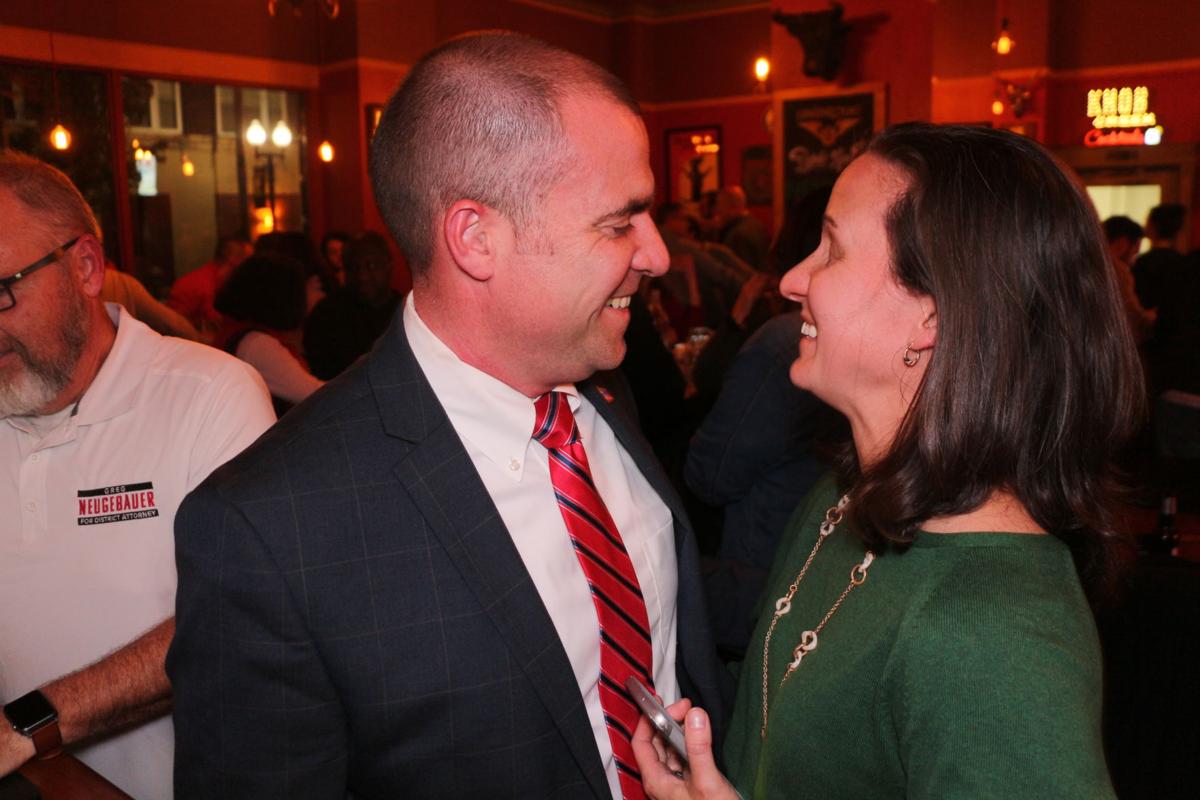 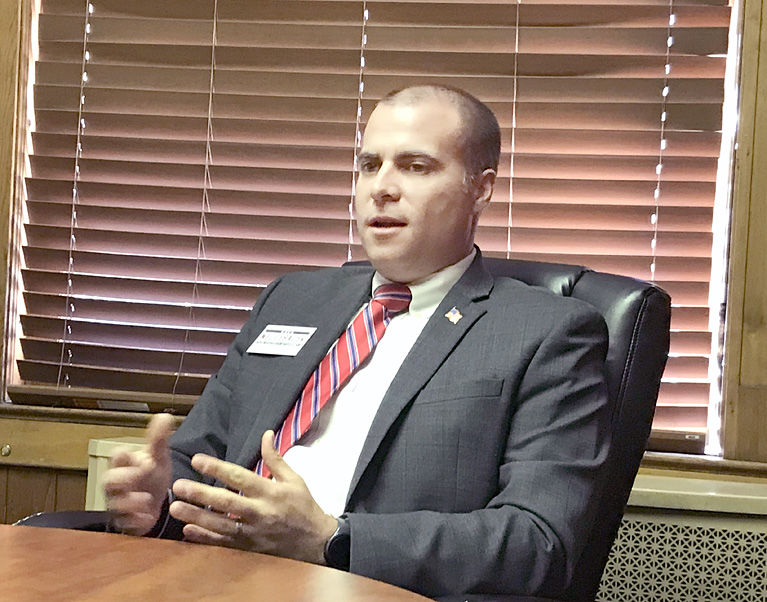 Greg Neugebauer, a Republican, was elected Cambria County District Attorney on Tuesday, Nov. 5, 2019. He is shown here in a pre-election meeting with The Tribune-Democrat. 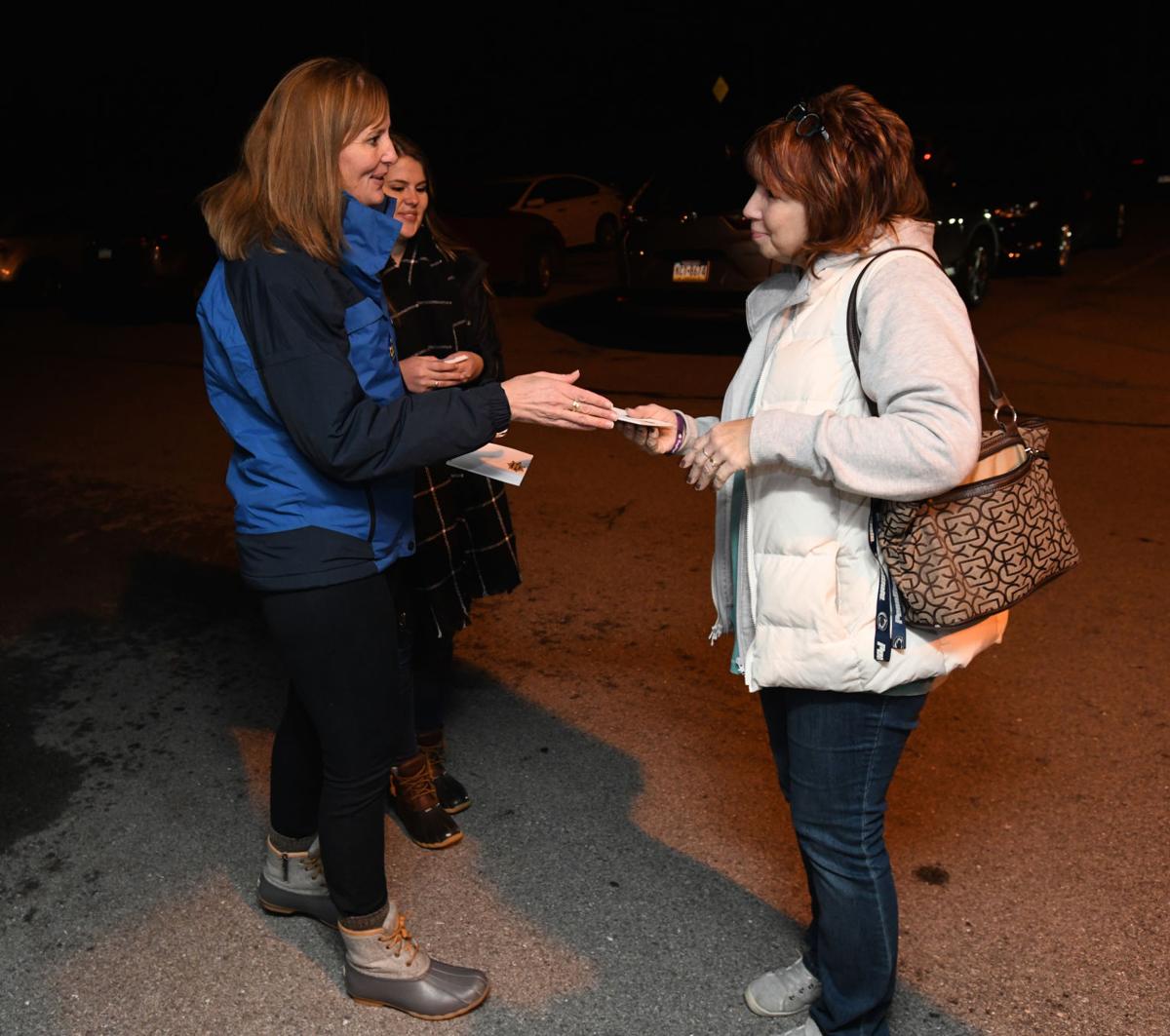 Greg Neugebauer, a Republican, was elected Cambria County District Attorney on Tuesday, Nov. 5, 2019. He is shown here in a pre-election meeting with The Tribune-Democrat.

For the first time in decades, Cambria County has elected a Republican district attorney.

Greg Neugebauer earned 17,927 votes or 53.8% to defeat incumbent Democrat Kelly Callihan, who was seeking her third term in office.

Neugebauer said his initial reaction to the results was gratefulness to those who supported him throughout his campaign, especially state and local police.

"I believe the police support made a tremendous impact in this race," Neugebauer said. "They wanted change and we're going to give them that change."

Neugebauer was endorsed by all three of Cambria County's Fraternal Order of Police lodges, based on what he said was frustration among state police and local police departments for what they say is a current lack of communication with the district attorney's office.

That shooting, in which suspect Daniel David Burkhardt, 41, was shot in the West End, occurred on March 2, 2016, and was on video.

The Cambria County District Attorney’s Office issued a statement on Nov. 17, 2016 – more than eight months later – ruling that appropriate force was used and that the officers involved should be not be charged.

Neugebauer also touted his experience as a defense attorney and a prosecutor throughout his campaign and called for more leadership in the district attorney's office, as well as prosecution of more cases.

Neugebauer also pledged to take another look at unsolved cases with police to determine progress and connections to other unsolved crimes.

When it comes to the county's drug crisis, Neugebauer said it's paramount to target drug suppliers through additional work with the state attorney general's office and other counties

“You can’t incarcerate your way out of drug abuse and drug use,” he added, and said forcing people who don’t want help into treatment usually doesn’t end successfully.

Neugebauer is in favor of exploring the creation of drug court for non-violent, low-risk offenders based on the success he’s seen in the county’s existing veteran and mental health courts. Those programs have added a layer of accountability because participants appear in front of and develop a relationship with the assigned judge.

Despite the upset, Callihan said she believed she left the Cambria County District Attorney's Office better than when she entered the office.

Callihan mentioned the lasting effects of initiatives she played a role in, including the formation of the Cambria County Drug Coalition, Cambria County Child Advocacy Center and the county's human trafficking and sexual assault response teams.

These are examples of "programs that will last into the future," she said.

“I’ve tried to be a DA that works beyond the courtroom,” she said.

Callihan also worked to provide Narcan, an overdose-reversing nasal spray, to all of the county’s local police departments, which has resulted in fewer overdose fatalities. She also decided in 2017 to shift oversight of the Cambria County Drug Task Force to the Pennsylvania Attorney General’s Office, which has allowed two agents to be stationed in Cambria County.

“We now have resources we did not have prior to that partnership,” she said.

When Callihan first started working in the Cambria County District Attorney’s Office in 1996, she recalls the office handling two or three homicides each year.

In addition to drug-related homicides, Callihan said the county has seen a spike in gang violence related to drugs that has resulted in shootings and homicides, several of which are unsolved.

“It’s something none of us feel good about,” Callihan said of the county’s four unsolved murder cases.

The biggest obstacle to the investigation of unsolved murders is witness reluctance, Callihan said.

“This culture that there should be a code of silence and that you never talk to the police has been hard to break,” she said.

Callihan acknowledged that she was not endorsed by the county’s Fraternal Order of Police lodges, but noted she only sought endorsement from Lodge 101 near Northern Cambria and did not earn it.

She said she did not seek endorsement from FOP Lodge 86 or FOP Lodge 62 because she has consulted with both entities recently about criminal matters, personnel or misconduct issues.

Callihan said the lack of those endorsements did not signify a weak partnership with area police.

As the dust settles from the general election last week, one thing remains clear: not all of this fall’s row office races remained friendly.