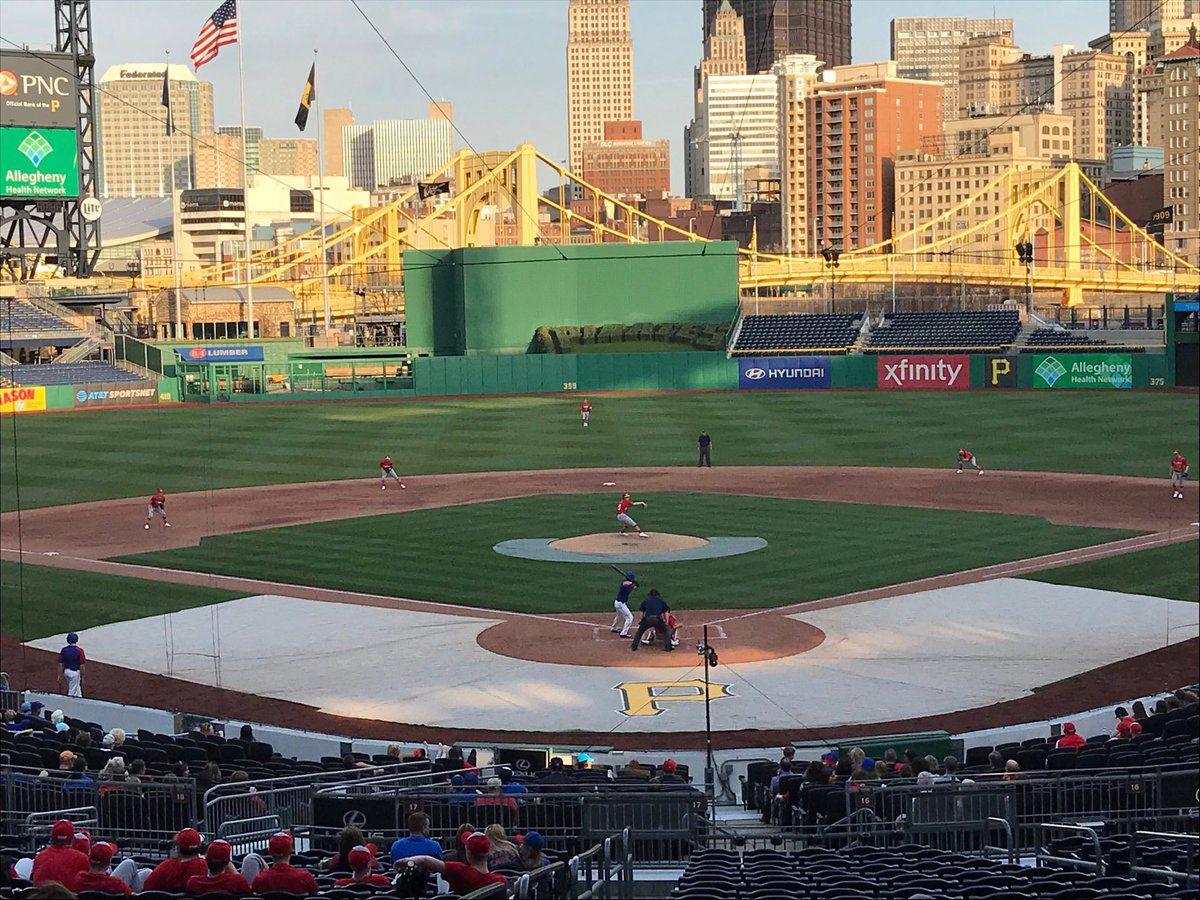 Bishop McCort and Richland play during a high school baseball game at PNC Park in Pittsburgh on Friday, April 13, 2018.

Bishop McCort and Richland play during a high school baseball game at PNC Park in Pittsburgh on Friday, April 13, 2018.

The sports world is going to find out which of two conflicting aphorisms apply if and when this coronavirus-induced hiatus ends.

Will it be out of sight out of mind, or absence makes the heart grow fonder?

Perhaps it will be a mix of the two.

Maybe it’s just my imagination, but already some major sports stories have transpired against a backdrop of no games, and somehow those items don’t seem to have made the sort of impacts on sporting seismographs one would have expected just a month ago.

Talk about monumental news, Tom Brady won’t be with the New England Patriots any longer.

But a populace, many of whom are out of work, pondering their shrinking investment/retirement accounts, or simply scrambling to purchase toilet paper, hear these sports blockbusters and move on to something more germane to their current disrupted lifestyles.

A news editor at one of my former employers used to struggle to grasp the attraction of sports to the fans. In particular, he wondered why so many cared so fervently about something that mattered so little in the larger scheme of existence.

One rationalization used to be that sports provided a diversion from the draining aspects of life. They played on during World Wars, through The Great Depression, and with only a slight interruption in the aftermath of the 9/11 terror attacks.

Not this time. And if you’re like me, you could use some sports escapism.

I’ll admit I will watch replays of classic games at times, but only in small, infrequent doses.

Watching them run on cable sports channels virtually nonstop is no substitute for fresh contests.

A host on CNBC last week had an executive from a sports betting site as a guest and proposed, in the spirit of replays, that he’d like to get a bet down on the Kansas City Chiefs – in last season’s Super Bowl.

And there you have the reason why sports replays don’t hold up the way reruns of Seinfeld, The Office or Columbo do.

When you know the final score, who won and how, sports lose a lot of their attraction.

Eventually the games will return. What an odd contrast they might present to what we’d experienced before.

Begin with the matter of crowds. Experts vary widely on how long it will take to get a full handle on the coronavirus situation.

Time estimates range from weeks to years before the public can again congregate in large numbers confident they won’t go home with something more than the memory of the event.

Certainly stadiums and arenas, intent on packing in fans like as many ticket-buying sardines so as to maximize revenue, are not set up for the social distancing that is all the rage these days.

If games are played with small, or nonexistent crowds simply to provide content and satisfy TV contracts, will the broadcasters pipe in noise in the manner that football teams prepping for a road game at a loud stadium do for practices?

Will the broadcasts use computers to generate the appearance of people in the stands the way they already put virtual ads in host venues for broadcasts of many sports?

Fans desperate once again to get their fix of live games might rush to the stadiums and arenas as soon as games resume. But the fans also might be smarting economically from events of recent weeks and instead be content to save the money and watch on TV.

What will the product, the games themselves, be like? So often in sports a small break of a week or so produces sloppy play. Imagine taking off a month or more, at pivotal times of the season in the case of the NBA and NHL.

Many events, such as this year’s NCAA men’s and women’s basketball tournaments, are lost forever.

It is presumed – probably correctly – that sports quickly will get back to former standards when this stoppage ends.

It all sounds reasonable, about as reasonable as saying a month ago there was no way this was going to stop college and pro sports in their tracks.

Many sports fans, bless them, are blissfully disinterested in the world at large, a fact reinforced in the days following Johnstown’s 1977 flood.