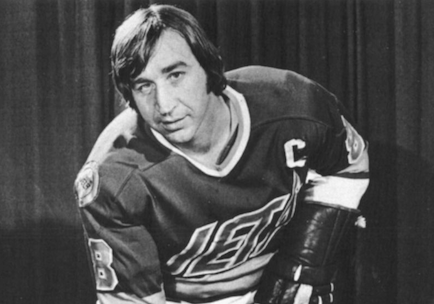 As was documented in this space a week ago, former Johnstown Jets icon Galen Head died on March 14. Head, 72, was among the founders and the first coach of the Bishop McCort Catholic High School program.

A day later, John Jedrzejek, 79, passed away. Jedrzejek was a founder and longtime business manager of the Greater Johnstown High School hockey program.

On Tuesday, Sam Kelly, 60, died. Kelly was a general manager and head coach of the Indiana University of Pennsylvania (IUP) club hockey team.

All three were well-respected leaders who left behind hundreds of grateful players, coaches, players’ parents and fans.

‘Didn’t have to worry about anything’

“Mr. J took care of everything for us. We didn’t have to worry about anything,” said current Trojans hockey coach Justin Fenimore, who played on Johnstown’s Pennsylvania Cup Class AA runner-up team in 1992. “We just had to show up and play hockey. Mr. J and Mr. (Matt) Wincer were like the two uncles of the program who took care of everything for us. Those two guys were behind the scenes and gave Campy (then-coach Vern Campigotto) the ability to just come out and coach.”

Jedrzejek had many roles with the Trojans hockey team, often working hand-in-hand with Matt Wincer, another program administrator during those years when the team dominated locally and competed statewide as a member of the Western Pennsylvania Interscholastic Hockey League.

He helped found the Johnstown program in 1981 and was business manager for 20 years.

Hockey isn’t sanctioned by the PIAA, which made the role of business manager and the booster club even more significant in terms of equipping and supporting the team.

Fenimore recalled one game against rival Westmont Hilltop in which Jedrzejek made a rare appearance in the locker room.

“We were playing Westmont either the last game of the season or the first round of the playoffs,” Fenimore recalled. "There were 2,000-some people in the War Memorial. They had eight power plays to our zero power plays.”

The Trojans players were surprised to see Jedrzejek address the team during intermission.

“Campy never let anyone come in the locker room,” Fenimore said. “For some reason Mr. J came into the locker room between periods. He said, ‘You guys are supposed to be the toughest team in town and you’re playing like a bunch of (pansies) in front of 2,000 people out there. You guys want to go to the state championship and this is the last chance for some of you guys.’

“I was only a sophomore then. It was eye-opening. We were so focused just on one thing we weren’t even realizing these fans were here for us. He made us realize how important that moment was. We ended up winning that game 3-1. We scored two short-handed goals to get there.”

Kelly also had many roles with the IUP program from 1988 to 2006. He developed national contenders at both the American Collegiate Hockey Association (ACHA) men’s Division II and III levels while posting an overall record of 406-227-51.

He was named ACHA Division II men’s national coach of the year in 2004.

“Sam was fully invested. He didn’t have a kid in the program,” said Adam Curry, a former goaltender who graduated from Westmont Hilltop High School before playing for Kelly at IUP from 2000 to 2005. “He just gave it his all for countless years.

“He was there when my brother (Nick Curry) was there before me in the 1990s and when I was there. Hours and hours. Games. Road trips. Hotels.

“We took that for granted having someone who was so invested in the program and put all that time and energy into it and really accelerated the program.”

“You take a little bit from every coach you had in your career. I took more from Sam Kelly than any other person who coached me,” Blough said. “He put his players first.

“He cared so much about us as young men. He did so much for that program that people probably didn’t know, like him putting hotel rooms on his own credit card. It’s club hockey. We didn’t have a lot of money.

“It’s like anybody when you don’t appreciate what you’ve got until it’s gone,” Blough added. “We said we wish we would have told him how much he meant to us when he was here. He fought for so hard for all these years with his health issues.”

After his career with the Johnstown Jets, which included a North American Hockey League championship in 1974-75, Head helped found the Bishop McCort program in 1985.

“He made the Jets champions. He made McCort champions,” said current Crimson Crushers coach John Bradley, who took over the program after Head retired and led Bishop McCort to state titles in 1997 and 1999.

“To me he’s one of the best friends, father or mentor anybody could ever have,” Bradley said. “When I look at the big picture, I may not have been a NHL star, but hockey brought me to Johnstown. It may not have gotten me a million dollars but it got me in Galen’s life and I wouldn’t change it for the world. The guy has changed my life. He’s been everything to me.”

Mike Mastovich | Adapting to the reality of a stoppage in sports