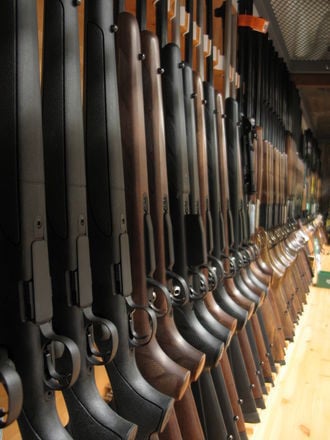 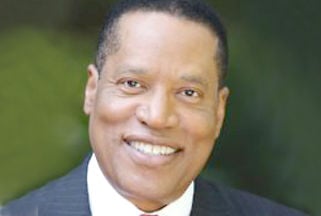 Almost immediately after the Las Vegas shooting came the calls for “common sense” gun control. The quest almost always begins with a reassurance that “no one wants to take away your guns.”

Not everyone read the memo.

Nelson Shields, founder of Handgun Control Inc., the organization that became the Brady Campaign to Prevent Gun Violence, in a 1976 interview could not have been more clear about his group’s goals: “Our ultimate goal – total control of handguns in the United States – is going to take time. My estimate is from seven to 10 years. The first problem is to slow down the increasing number of handguns being produced and sold in this country. The second problem is to get handguns registered. And the final problem is to make the possession of all handguns and all handgun ammunition – except for the military, policemen, licensed security guards, licensed sporting clubs, and licensed gun collectors – totally illegal.”

In 1993, a Los Angeles Times editorial called for the repeal of the Second Amendment: “You will not feel safe, your children will not be safe, until there are almost no guns on the streets and in homes.

“No guns, period, except for those held by law enforcement officers and a few others, including qualified hunters and collectors. ... We must, as a nation, move toward a very different model, one that presumptively bars private citizens from owning a firearm unless they can demonstrate a special need and ability to do so. ... We think the time has come for Americans to tell the truth about guns. They are not for us; we cannot handle them. They kill people, our children included. It’s time to get rid of them. Period.”

Fast-forward to the Las Vegas shooting. The Washington Post columnist Eugene Robinson calls for a gun “buyback”: “A real gun debate has to look at that fact: 300 million guns. And we need, you know, to look at what was done in a place like Australia, where they had a gun buyback. And gun control is permissible, according to the Supreme Court. And so if Congress were to decide – it won’t happen – were to decide that automatic assault rifles, long guns ... (and) military-style weapons are something that citizens should not have, they should be police and military only, and we’re going to buy them back, that would have an impact. ... And that’s what the debate ought to be.”

Recall that Hillary Clinton, during the 2016 election, also gushed over the allegedly successful Australian gun buyback program: “Australia had a huge mass killing about 20, 25 years ago. Canada did as well, so did the UK. In reaction, they passed much stricter gun laws. ... The Australian government as part of trying to clamp down on the availability of automatic weapons, offered a good price for buying hundreds of thousands of guns and basically clamped down going forward, in terms of having more of a background check approach – more of a permitting approach.”

True, Australia, more than 20 years ago, banned semi-automatic and self-loading rifles, as well as self-loading and pump-action shotguns.

The government offered up to a one-year grace period during which it would buy back the banned firearms at preset “market value” prices, financed by a tax on health insurance. After that, people possessing the banned weapons would be subject to strict penalties, including imprisonment.

No, according to John Lott of the Crime Prevention Research Center. “Their firearms homicide rate,” said Lott, “had been falling for a decade prior to the buyback. It continued falling at the same rate after the buyback. There was no sudden drop, just a fairly constant decline that continued even as gun ownership rose back up to previous levels.

“The armed robbery rate rose in the first five years after the buyback. After another 10 years, the rate had fallen to pre-buyback levels.”

The near-term “common sense” goal of the gun controllers is to ban the “bump stock” that enabled the shooter to turn a semi-automatic into a fully automatic weapon. Never mind that of the modern mass shootings in America, only one killer used a machine gun: Stephen Paddock. And where was this “common sense” when President Barack Obama’s ATF approved the bump stock, pronouncing it a part, not a weapon? California has some of the most stringent gun laws in the country, yet has experienced mass shootings, including the San Bernardino shooting in 2015, where 14 were killed.

This is not to say that nothing can be done to make a Las Vegas-style shooting more difficult. But most of these things will be done by private actors. Las Vegas hotel/casino owner Steve Wynn, for example, said his Vegas resorts already had additional security measures in place.

The “common sense” goal of many “gun control activists” is not a ban on this or that feature but a ban on civilian ownership of guns. Just ask the Los Angeles Times.