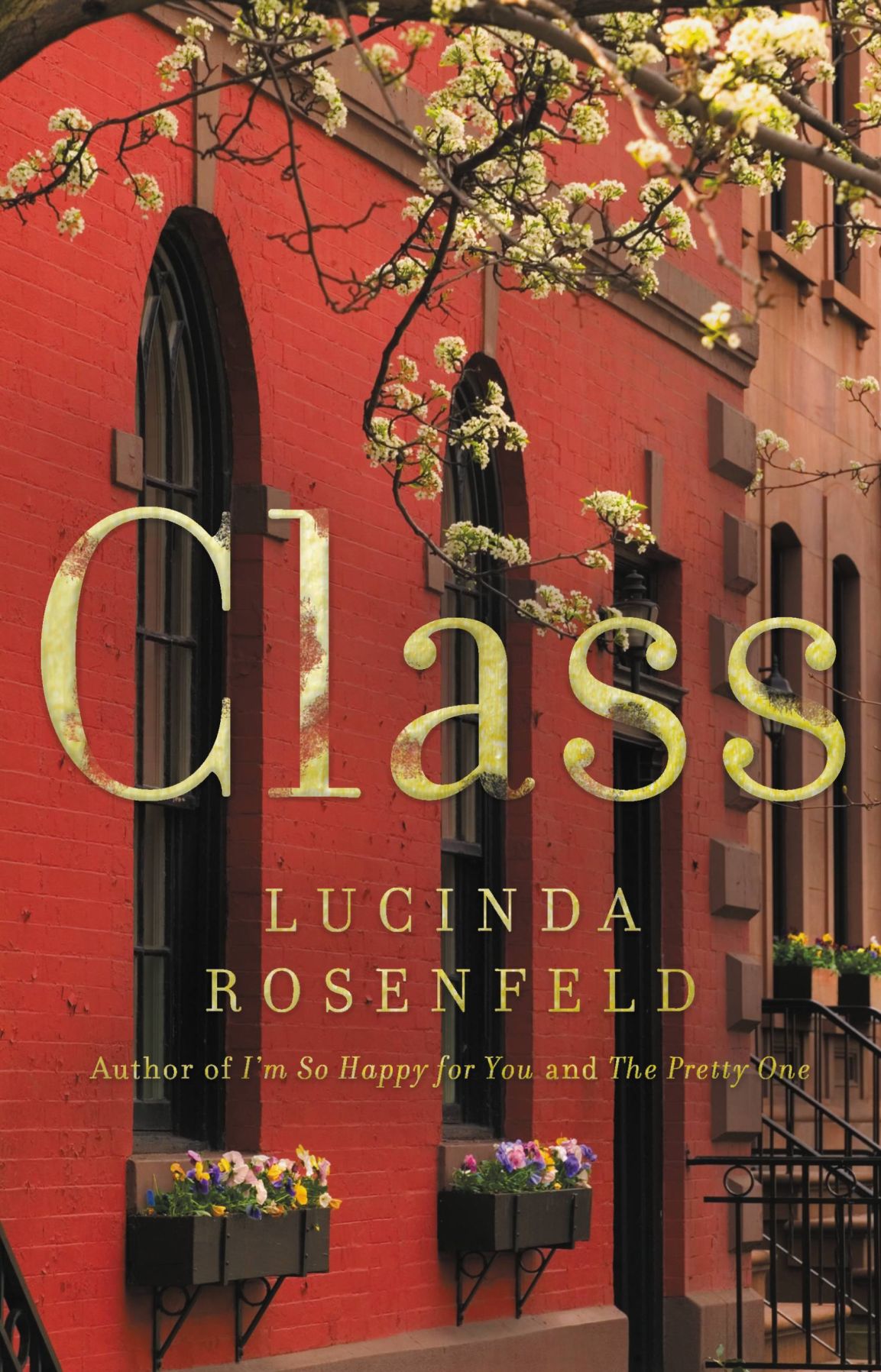 Lucinda Rosenfeld’s novel “Class” swirls around two elementary schools that, because of the vagaries of neighborhood boundaries, are physically proximate but socially miles apart.

Life is exhausting – and daily choices are unbearably burdensome – for some Americans who are so comfortably situated that they have the time and means to make themselves morally uncomfortable. They think constantly about what they believe are the global ripples, and hence the moral-cum-political ramifications, of their quotidian decisions. And they are making themselves nervous wrecks.

If your anthropological curiosity is aroused, venture to gentrifying Brooklyn, in the spirit of Margaret Mead going among the Samoans. It is not necessary to actually go to Brooklyn. You can observe Karen Kipple’s agonies while she drives herself to distraction and her life into a ditch as the protagonist of Lucinda Rosenfeld’s novel “Class.” It is a book with which to begin another school year.

The drama swirls around two elementary schools that, because of the vagaries of neighborhood boundaries, are physically proximate but socially miles apart.

Karen works for a nonprofit – what else? – and has been “trying to write” an op-ed “for the past two years.”

Lucinda Rosenfeld’s novel “Class” swirls around two elementary schools that, because of the vagaries of neighborhood boundaries, are physicall…

Still, Karen is vaguely troubled because Ruby’s class “completed the same study unit on (Martin Luther King) four years in a row. Ruby could even recite the date he’d married Coretta (June 18, 1953). At Betts, it sometimes seemed to Karen that every month was Black History Month – except when it was Latino History Month.

“In keeping with the new Common Core curriculum, Ruby had recently written an ‘informative text,’ as essays were now known, on Cesar Chavez’s advocacy on behalf of Latino migrant workers.”

“Over the past several weeks,” Ruby’s teacher tells a parents’ meeting, “your awesome kids have been busy creating their own amazing community.”

The parents, however, are problems, including some white mothers, “new to the school and likely soon to depart it, who were constantly complaining about how the milk served in the cafeteria came from hormone-treated cows” rather than from “aseptic eight-ounce cartons of organic vanilla milk” suitable to wash down seaweed snacks.

Karen knows that “the outsize importance” that people such as her place on food has “become a dividing line between the social classes, with the Earth Day-esque ideals of the 1960s having acquired snob appeal.” Karen, who favors single-origin organic coffee from Burundi, takes Ruby to the artisanal ice cream shop with flavors such as Maple Fennel, and no corn syrup. When Ruby, pausing over her organic Applegate turkey sandwich on European rye, pronounces a classmate’s lunch – white bread sandwich, Cheetos, grape soda – “disgusting,” Karen frets that in her effort to simultaneously save “both the health of her daughter and that of the planet” she has produced “a hideous food snob.”

Ruby became such at her mother’s knee. Karen has one of her tsunamis of disapproval when another mother brings to a playdate chocolate-chip cookies with embedded Reese’s Pieces.

“Dark visions of polyunsaturated cooking oil” addled Karen’s head. Her adherence to the “urban-farming movement” – evidently there is one – is strained by a restaurant offering “pan-seared locally sourced pigeon.”

Reluctant to disadvantage her daughter because of her own progressivism, Karen lies about her residential address in order to sneak Ruby into a school that is less diverse than Betts but more financially flush, thanks to more affluent parents – the kind who arrange playdates by saying, “Have your nanny text our nanny.”

Karen is, however, a virtuoso of guilt, and to assuage hers she embezzles money from the new school and mails it to Betts. By the time her lies and stealing are revealed, she realizes that her “negativity was like a wisteria vine that, if left to its own devices, would creep into every last crevice of her conscience.”

So she returns Ruby to Betts, leaving behind the school where “the experimental puppeteering troupe Stringtheory is performing a kid-friendly version of ‘Schindler’s List.’”

Rosenfeld’s novel is a glimpse of how arduous life is for progressives, bowed as they are beneath the crushing weight of every choice’s immense social significance.

Convinced that people, like the planet, are frightfully fragile – vulnerable to ingesting refined flour and countless other dangers – it’s no wonder progressives want a caring government to superintend our lives. This is for our own good, so they are, in their meddlesome way, nice.

They also are tuckered out by their incontinent conscientiousness, so take one to lunch, if you can think of something he or she will eat.

George Will is a television personality, author and Pulitzer Prize-winning columnist.