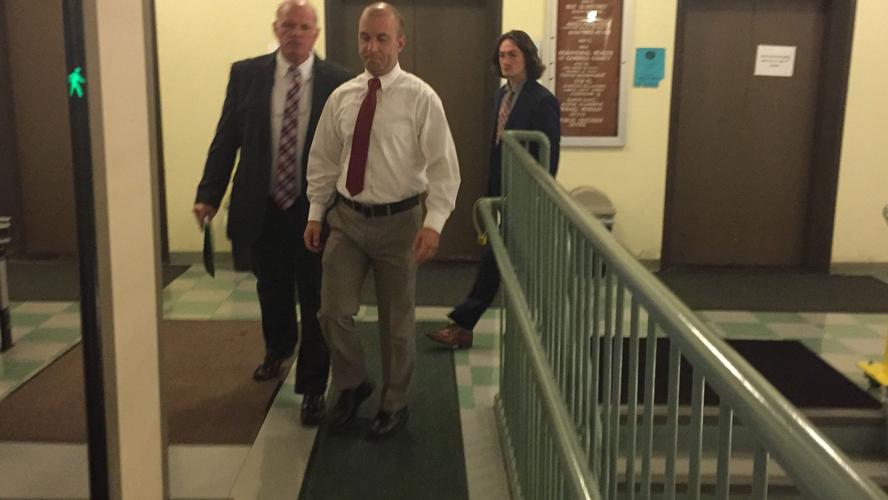 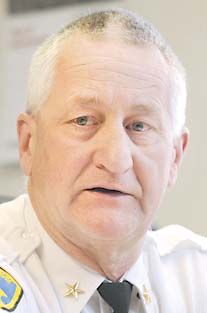 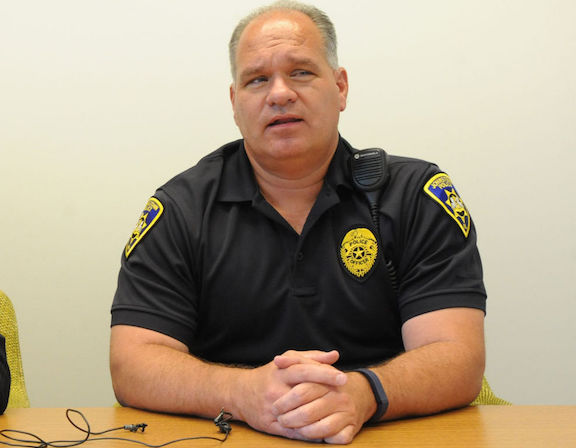 But his crimes are the product of poor oversight of evidence at the city police department, and a failure by former department leaders to respond to repeated warnings that there were problems – including possible break-ins involving the evidence locker where drugs were stored.

However, the report does detail a flawed system for handling seized materials during these men’s time in leadership at the department; and the report provides a chronology of reports from Sgt. Jeannine Grech and Detective Larry Wagner – who held the “keys” to the evidence area – that were dismissed or ignored by Foust and Frear.

Frear retired from the department in September 2016 and was named chief of the Windber Borough police department.

Foust was placed on paid administrative leave throughout the investigation into the Sept. 18, 2016, incident, at which authorities have said an on-duty Slisz was found unconscious and revived with the opioid antidote Narcan.

Foust formally retired at the end of 2016. Robert Johnson was hired as his permanent replacement in June. Capt. Jeff Janciga had served as interim chief after Foust’s departure.

Last October, Callihan divulged that an initial probe of the Slisz incident disclosed that Foust had been notified of “a possible breach in security of the evidence room as far back as July.” The chief had failed to take action, Callihan said.

That is consistent with the pattern detailed in the Slisz investigation report.

It seems obvious that Slisz is a man in need of counseling and support. As a first-time offender, he may not face jail time if convicted of the charges against him – which include burglary, criminal trespass, possession of a controlled substance and tampering with evidence.

The state police and district attorney say he obtained the key fob by removing ceiling tiles in a bathroom adjacent to the office where it was kept and climbing over the wall.

As Johnson said in a statement released Thursday, Slisz’s alleged “violation of the public trust is inexcusable as it casts a heavy shadow on all law enforcement, not only the members of the Johnstown Police Department.”

The failures of Foust and Frear – and perhaps others at the JPD in 2016 and before – is equally inexcusable.

Grech and Wagner – who controlled the lone key fob granting access to the evidence area – said they were suspicious long before September 2016 that someone had broken into the room where the fob was kept, that evidence may have been compromised.

Their repeated reports to Frear and Foust were met with disbelief and inaction – even as concern and evidence of a breech mounted. Even when it was learned that evidence from an attorney general’s investigation was missing.

Grech and Wagner eventually installed, with Frear’s approval, a security camera. Their requests that the state police be called in to investigate were ignored – until after the Slisz incident.

Frear, the report shows, “expressed concern to Detective Wagner that if this incident got out to the public it would call into question the department’s evidence in every court case.”

On Thursday, Callihan said 28 cases had been compromised by the Slisz incident, with charges withdrawn or dismissed in most situations.

That is tragic collateral damage for this avoidable situation, with blame falling on both the officer involved and the former leaders who failed to take reports from Wagner and Grech seriously – or would not believe that such misdeeds could be committed within their department, within the walls of their building.

According to the report, Foust told state police: “It’s not like I’m naive.”

The only other explanation is incompetence, supported by his own words to state police: “There were no checks and balances.”

Foust’s attorney, Dennis McGlynn, seemed more concerned with the ex-chief’s reputation in his retirement than the mess he left behind for the city, state police and the district attorney’s office.

“He’s hurt that the appearance of wrongdoing may have come about because of the sudden placement on paid administrative leave,” McGlynn said.

“It appeared to besmirch his reputation,” McGlynn said, adding that Foust decided that “I’m going to go through with my retirement, although there’s a cloud over me because of this.”

There is a cloud over the Johnstown Police Department and the Cambria County court system.

The lasting ramifications of this investigation into one officer’s alleged criminal actions – dismissed charges in many drug cases, a loss of credibility – can be placed at the feet of the former chief and captain, who failed to act when they were informed that something was amiss.

State Attorney General Josh Shapiro did not come to Johnstown with a new program or new tools to fight the opioid epidemic.