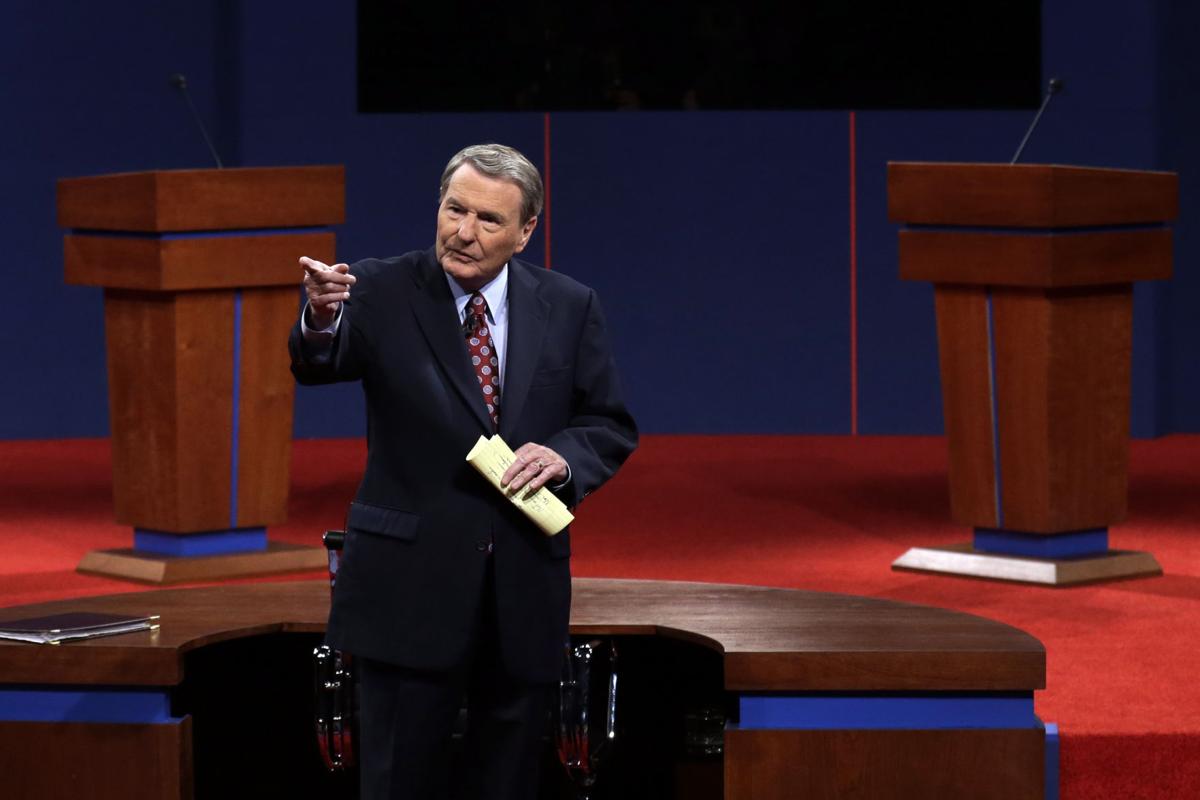 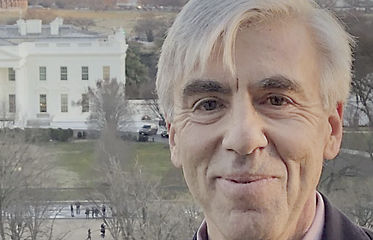 “The bus stops here,” read the signage on his desk. On the floor, a bus line doormat.

Our offices were adjacent.

I would see him on an occasional morning writing away, but I never thought to disturb.

What would I say? He was a writer writing, his on-air days as anchor of the “NewsHour” behind him. Let a writer be.

A writer’s office is to get away from home, not to gab.

I moved on, and now he has too. But Jim Lehrer, the man from Wichita, left a footprint in concrete, marked by seriousness of purpose.

He bore a poker-faced demeanor, a newsman to the core, with that creative spark of 20 books in him, some with a piratical one-eyed protagonist – imagine his One-Eyed Mac presiding over the same dozen presidential debates as Lehrer. Avast ye consumers of fake news, the bus is leaving the station.

His partner in crime, Robert MacNeil, spoke on the “NewsHour” on the day of Lehrer’s death about Jim’s moral compass, his inhabiting of a space that seems lost in the media universe except for right there, where Judy Woodruff carries on with her own grace and gravitas.

MacNeil, too, carries that compass. When we worked together on a documentary series after 9/11, we faced a dilemma over broadcasting a program which some argued should not be aired. Said MacNeil: “To err is not to air;” or it might have been “To air is not to err.” I never knew. It was an 11th Commandment either way, and we took his advice and broadcast the program.

Upon Lehrer’s retirement, Gwen Ifill co-anchored with Woodruff, the first such female anchor team. After her untimely death, I passed Ifill’s office daily and said good morning to her ghost. It was an eerie feeling having had a hand in signing her and then watching her star fly over the rainbow.

Last week she got a postage stamp. The standard-bearers of real news are thinning in ranks. Others I have worked with – Jennings, Cronkite, Kuralt – are all gone now, too, taking with them a radiophonic grounding in the written and spoken word.

You see, TV – especially TV news – isn’t even mostly about pictures, fleeing perps and 10-car pileups notwithstanding. Research shows that the one of our five senses we most rely upon during the evening news is our hearing.

Story rules. I have termed TV news “radio with a light on,” much to the dismay of directors tinkering with lights and calling for makeup. You could take the shine off of Lehrer’s forehead all you liked: it was his words that shone.

There are still bearers of the torch out there, fighting the good fight while around the world and here at home journalism is under assault – physical, corporate, economic, political.

There is light not heat in a few oases. On NBC, stalwart Tom Brokaw still makes the odd appearance. Woodruff’s bench has up-and-comers such as Amna Nawaz and Yamiche Alcindor, who bring added ability and diversity.

Team Woodruff is proof positive that it isn’t a boy’s club any more. I miss Charles Osgood, but Jane Pauley is a welcome voice on CBS on a Sunday morning.

Ifill left big shoes to fill, but Costa goes from strength to strength, having learned from his Post colleague Bob Woodward and the deans of investigative as well as broadcast journalism. We need a new generation that upholds the best of the old.

In the hubbub of an election year, with solid analysis in short supply and political positions turning with the weather, I can still tune in to Woodruff every weekday for an hour of sorting through the clutter.

Lehrer’s legacy endures. I know there is another angel up there now, and even if he doesn’t let on, he is smiling.

A Jimmy Stewart of the news business, Lehrer’s is a voice I carry with me as I walk on down the road. His whistling words are braided with the whoosh of buses driving by, carrying us to places we never knew or understood until he brought us to a place of civil discourse.

I look past the scarecrows of telephone poles that stitch together our nation, and “I can hear you through the whine,” in the plaintive singing of the late Glen Campbell. A man is gone but what he stood for lives on. As Jimmy Webb’s song goes, “The Wichita lineman is still on the line.”

Dalton Delan is a writer, editor, television producer and documentary filmmaker. His column is copyrighted by Berkshire Writers Group.