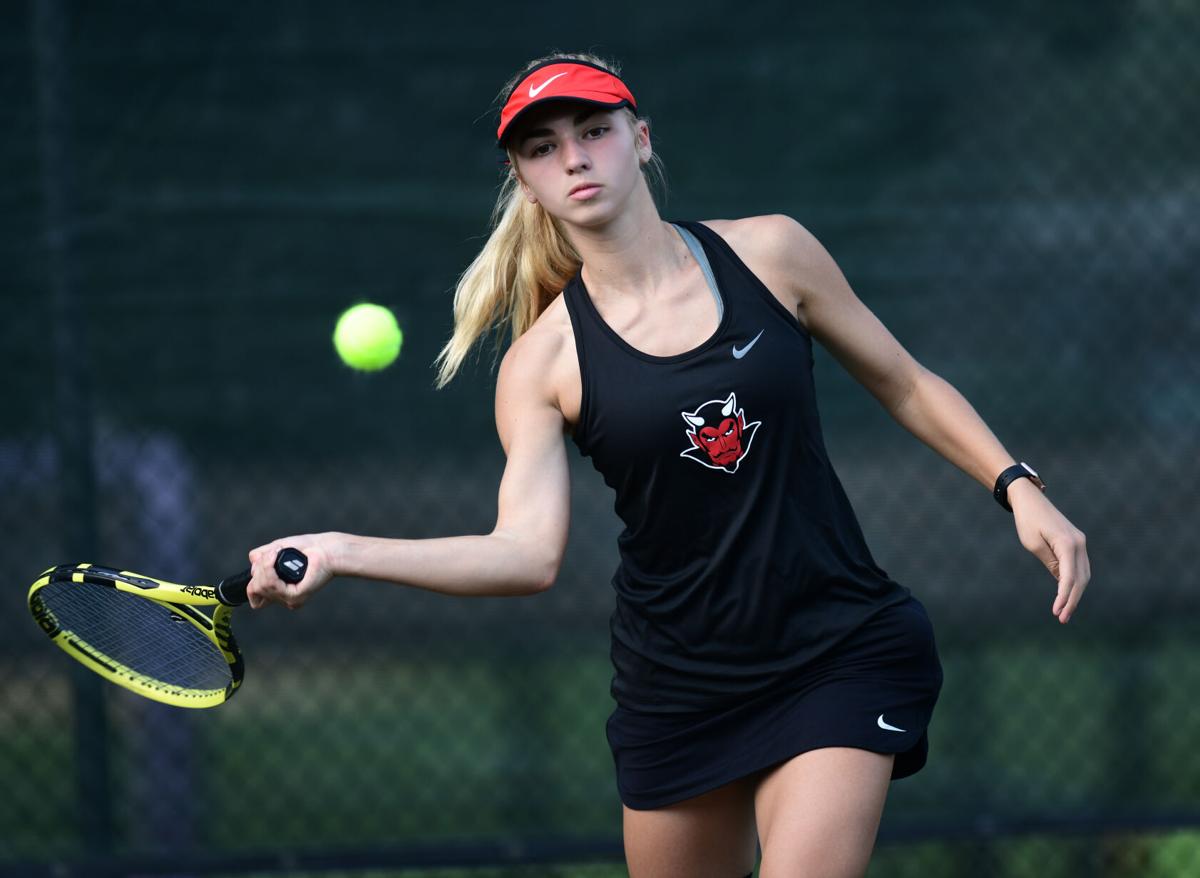 All of the fall sports have now kicked into gear.

The Hilltoppers are 8-0 overall, while the Red Devils are 5-1 and Bedford is 3-1, according to the Laurel Highlands Athletic Conference standings.

Gelpi had a 4-over-par 76 to finish 11 strokes in front of runner-up Jack Ankeny, a sophomore from Conemaugh Township who shot an 87 while helping the Indians win the team title with a 361, dethroning the Rockets, who had won four straight league titles.

The Laurel Highlands tournament is Sept. 30 at Windber Country Club, while the Heritage Conference tournament is also slated for the near future.

• Two-time defending Class A state champion Northern Cambria topped perennial power West Shamokin, 27-25, 21-25, 26-24, 25-22, in a Heritage Conference match that had no fans in attendance due to state COVID-19 guidelines that limit indoor gatherings to 25 people.

Northern Cambria, which lost four seniors from its state championship team, got a lift from several veterans, including seniors Maggie Hogan and Camryn Dumm and junior Jessica Krug.

In the Laurel Highlands Athletic Conference, preseason top pick Forest Hills had it reenforced how difficult it can be to play with everyone looking to knock you off on any given night.

Senior Kenzie Colosimo dished out 43 assists for Forest Hills (2-0), which also got 14 kills from Lexington Koeck and 14 digs from Anna Wingard.

According to the LHAC standings, defending champ Central Cambria, Bishop Guilfoyle and Westmont Hilltop are also 2-0. Cambria Heights, Bishop Carroll and Penn Cambria are all listed at 1-1.

• Cross country opened with a surprise among the girls in the Laurel Highlands.

According to the LHAC standings, Forest Hills topped the Central Cambria girls to take the top spot, joined at the top by Westmont Hilltop, Somerset and Richland.

Among the boys, Central Cambria, Somerset, Richland and Westmont Hilltop all opened with victories.

At Saturday’s Mountain Cat Invitational held in Altoona, Portage junior Laurel Shaffer emerged with the victory in the girls race, winning in 19:50.55. Second was Penns Valley senior Kelsey Hull. Penns Valley and Windber were 1-2 in the team race.

The highest finishing area boy was Windber freshman Joseph McKelvey in ninth. In the team race, Penns Valley and host Altoona had the top two spots.

• On the soccer pitches in the LHAC standings, Central Cambria is 4-0 while Westmont Hilltop and Bedford are 3-0. Cambria Heights was 2-0 and Forest Hills 2-2.

On the girls side, Bedford opened 3-0 followed by Richland, Penn Cambria and Cambria Heights, all 2-0.

• Picking winners: After the second weekend of the high school football season, I was able to move into the lead among the pickers, one ahead of fellow pickers Mike Mastovich, Jake Oswalt, Phillip Cmor and Dean Carpenter.

I forged a 12-2 record with my losses coming from Shade and Ligonier Valley. Mastovich, Oswalt, Cmor and Carpenter all had 11-3 marks while Diane Lopez was 10-4.

It may not have been exactly the way that we expected it to be, but at least we got the opening weekend of high school football into the books.