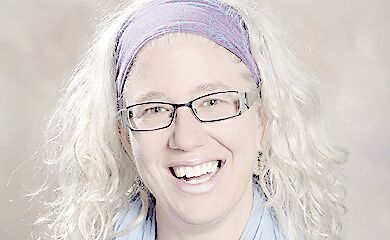 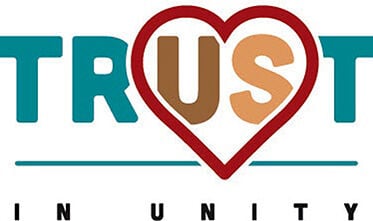 Trayvon Martin (Walking home with iced tea and Skittles. Shot by George Zimmerman, who was found not guilty.)

• Keith Scott (Sitting in a car reading. Shot by a police officer, who was not charged.)

• Atatiana Jefferson (Looking out her window, shot by a police officer, who is still under indictment for murder.)

• Jordan Edwards (Riding in a car. Shot in the back of the head by police officer, who was found guilty of murder.)

• Stephon Clark (Holding a cellphone. Shot eight times, six in the back. Officers not charged.)

• Amadou Diallo (While taking out his wallet, 41 shots fired by four officers, who were all acquitted.)

• Sean Bell (Hosting a bachelor party, 50 rounds fired by police officers, who were found not guilty of charges.)

• Walter Scott (Pulled over for brake light, shot in the back by a police officer, who pleaded guilty to civil rights violations.)

• Philando Castile (Pulled over in car, told officer he had a legally registered weapon in car. Officer acquitted of all charges.)

• Aiyana Jones (Sleeping, accidentally shot by officer in a raid on the wrong apartment. Officer cleared of all charges.)

• Terrence Crutcher (Disabled vehicle, shot by police officer, who was found not guilty of manslaughter.)

• Freddie Gray (Beaten to death by officers while being transported in a police van. All officers involved were acquitted.)

• John Crawford (Shopping at Walmart, holding a BB gun on sale, police officer was not charged.)

• Michael Brown (Shot 12 times by officer, including in the back. No charges filed.)

• Sandra Bland (Pulled over for traffic ticket, tasered and arrested. Suspicious “suicide” while in jail. No charges.)

• Botham Jean (Shot at home, which police officer mistook for her own. Officer found guilty of murder.)

• Oscar Grant (Hand-cuffed and face down, officer shot him in the back. Officer found guilty of involuntary manslaughter.)

• Corey Jones (Waiting by his disabled vehicle, was shot three times by police officer, who was found guilty of murder.)

• Ahmaud Arbery (Jogging, shot by two men who claimed they suspected him of burglaries. Both men charged with murder and aggravated assault.) Attributed to Chyna Smith.

• Breonna Taylor (EMT who was shot eight times by Louisville police who entered her apartment unannounced.)

And, now we add George Floyd to this list.

“Please, someone help me.”

Here is also the repeated trauma of racialized violence that began with the inception of this country and will continue unless we unpack and seek to repair the breach of hundreds of years of denying people their full humanity.

The Unity Coalition began in the 1990s as a response to Klu Klux Klan (KKK) activity in the area.

The Klan is visible as an overt and obvious sign of racism. There are other overt signs of racism, the most heinous being the murder of black people by law enforcement, the very people charged to protect and serve.

Many news commentators after Arbery’s death referred to his murder as a modern day lynching.

Symbols such as the swastika and the Klan’s burning of the cross have overt racist messaging.

These are generally considered socially unacceptable signs of racism.

I don’t hold a whole lot of hope for changing the hearts and minds of folks who ascribe to these acts of overt racism, although anything

is possible. There are extraordinary tales of redemption that exist through groups such as Life After Hate, former white supremecists who are dedicated to anti-racist work.

There are socially acceptable covert signs of racism such as the Confederate flag, “Make America Great Again,” celebration of Columbus

A resource to learn and lean into a deeper understanding of the various ways racism is interwoven into the norms and values of our society can be found at www.whitesforracialequity.org

The Unity Coalition also has resources on our website that can be of support in navigating and understanding anti-racist work.

As individuals, we are responsible for doing our own work around unpacking racism, and it doesn’t end there.

The quote below by poet and activist Scott Woods illustrates this well.

“The problem is that white people see racism as conscious hate, when racism is bigger than that. Racism is a complex system of social and political levers and pulleys set up generations ago to continue working on the behalf of whites at other people’s expense, whether whites know/like it or not. Racism is an insidious cultural disease. It is so insidious that it doesn’t care if you are a white person who likes black people; it’s still going to find a way to infect how you deal with people who don’t look like you.

“And so on. So while I agree with people who say no one is born racist, it remains a powerful system that we’re immediately born into. It’s like being born into air: you take it in as soon as you breathe.

“It’s not a cold that you can get over.

“There is no anti-racist certification class. It’s a set of socioeconomic traps and cultural values that are fired up every time we interact with the world. It is a thing you have to keep scooping out of the boat of your life to keep from drowning in it. I know it’s hard work, but it’s the price you pay for owning everything.”

America is burning. People are dying. We have a gaping wound in the very soul of America. We have to do what it takes to repair the breach.

We have to do whatever it takes to reshape and mold our beliefs, policies, laws and institutions to reflect the full humanity of all of us, not just some of us.

We need to ensure in our community, that we all have access to essential resources to thrive and live in peace with one another.

If we are not willing to do this, then we are complicit in upholding and maintaining white supremacy.

So, this is an invitation to start somewhere. Start by delving into some of the resources on our website. Be willing to listen to the voices and experiences of people of color.

Let’s do what is morally and ethically necessary to build an equitable and just community.

Rachel Allen is a trauma sensitive yoga teacher, musician and co-chair of the Unity Coalition. The Unity Coalition of the Southern Alleghenies is a social justice organization whose mission is to promote respect for difference, to repudiate words and acts of hatred, intimidation and violence, and to take a public stand for equality, diversity and non-violence. PEACE.