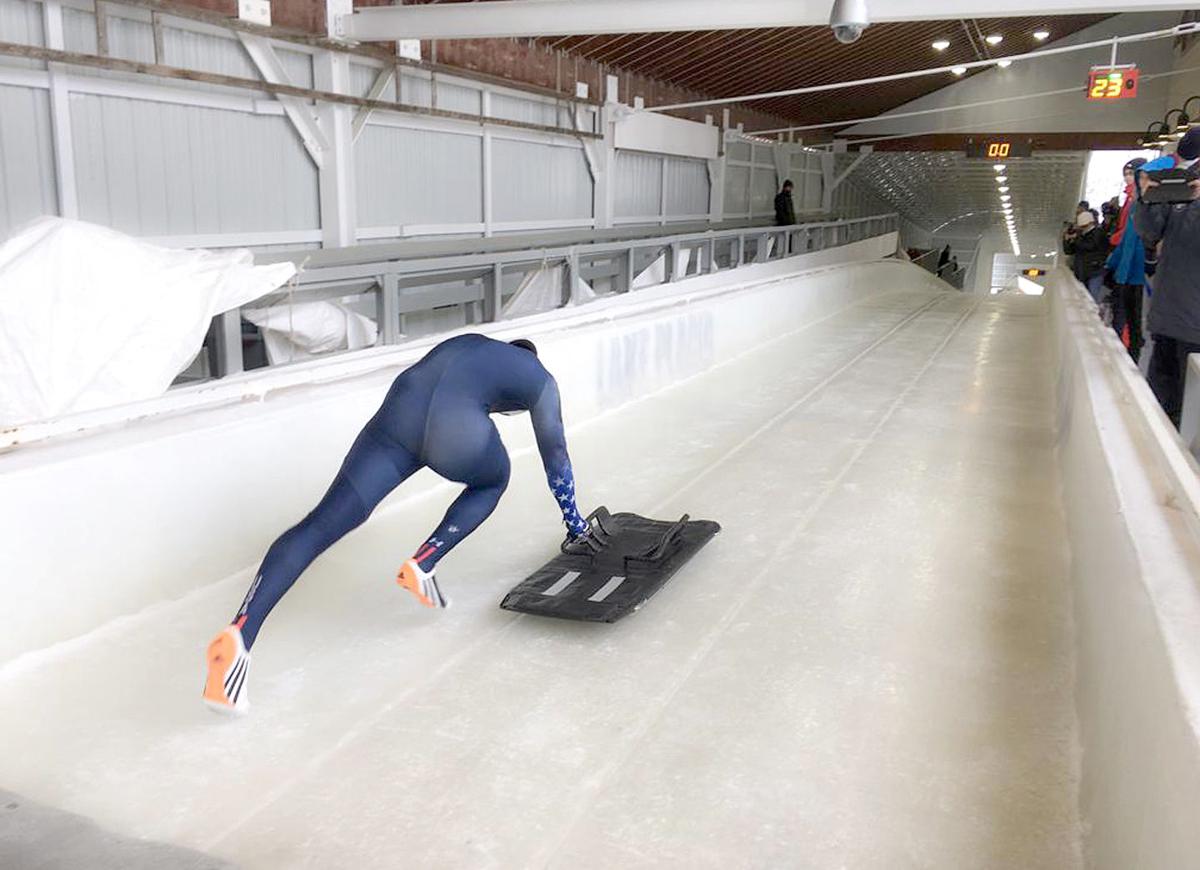 Daniel Barefoot, formerly of Richland Township, starts a skeleton run in Lake Placid, New York in this undated photo. Barefoot, a 2008 graduate of Richland High School, has been competing in skeleton since 2016 with ambitions of competing in the 2022 Olympics in Beijing, China. 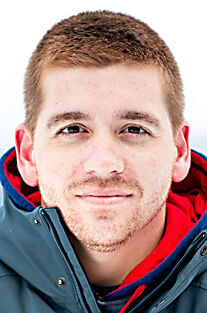 Daniel Barefoot, formerly of Richland Township, starts a skeleton run in Lake Placid, New York in this undated photo. Barefoot, a 2008 graduate of Richland High School, has been competing in skeleton since 2016 with ambitions of competing in the 2022 Olympics in Beijing, China.

On back-to-back days this week in Park City, Utah, Barefoot pushed John Daly, who previously came out of a three-year retirement to win the national team selection skeleton races in November.

“While I tried not to have any expectations for how this season would play out, I certainly did not expect the events that unfolded,” said Barefoot, who had a cumulative time of 1:38.93 in the first skeleton event and a 1:39.08 on the second day to place second behind Daly each time.

Barefoot, who had the best time in the first heat (49.47) on Day 2, took the silver medal twice during three rounds of competition at the Olympic track in Park City, Utah.

“They really pushed me this week,” Daly said in a USA Skeleton release.

Barefoot, 30, graduated from Richland in 2008. He was a standout baseball player with the Rams and in the local AAABA League.

Barefoot was a designer for a multinational engineering firm and resided in Orlando, Florida, five years ago when he did a Google search of Olympic sports that athletes potentially could take up at a later age. He came across skeleton and bobsled.

A seemingly unlikely career path began as Barefoot juggled his job and training. He eventually earned a spot on the USA Skeleton Developmental Team and began an ascent up the developmental ladder.

“My progression, I’m really happy with,” Barefoot said during a Friday telephone interview from Lake Placid, New York, where he trains.

“Every year I feel like I know what it takes and I figured it out. Then you go through the year and think, ‘Wow. I don’t think I really understood it,’ ” Barefoot said. “The further you go, you realize there is more fine-tuning and more fine pieces.

“It’s just fractions of a second, hundredths of a second, that we win or lose by,” he said. “Going around a corner, whether you breathe out or breathe in will make the difference.”

“I’m super fortunate,” Barefoot said. “Teammates of mine are struggling. They’ll take out loans or skip trips when they can’t afford it. I’ve been able to work remotely and I’ve had some interesting projects.”

Barefoot and his teammates have adapted to the challenges of a global pandemic.

“This year has been super weird,” Barefoot said. “At the beginning of the (skeleton) year we learned that our World Championships, which were to be held in Lake Placid, were going to be moved to Germany. We would train at Lake Placid and get time in.

“Then we learned that because of protocols in New York state and an unseasonably warm winter, we had no time on the ice.”

The changes and adjustments continued.

“Halfway through the year, around Christmas or New Year’s, we found out that team trials for the Olympics, because of the things that are going on in China, are going to be moved to the end of this season,” Barefoot said. “So, instead of having time off in between (the season and) team trials, we will have team trials in March.

“If you don’t make the national team in March, you don’t have a shot at making the Olympics.”

Barefoot already has followed an unconventional path in the sport. He’s taken obstacles in stride both on and off the ice.

“I’m going to be racing at Lake Placid in at least one or two races. After that it’s gearing up for team trials,” he said. “The goal is Beijing.”

The first victory of the 54th Boswell Jaycees Tournament occurred weeks before a basketball will be dribbled on Friday afternoon at North Star High School.