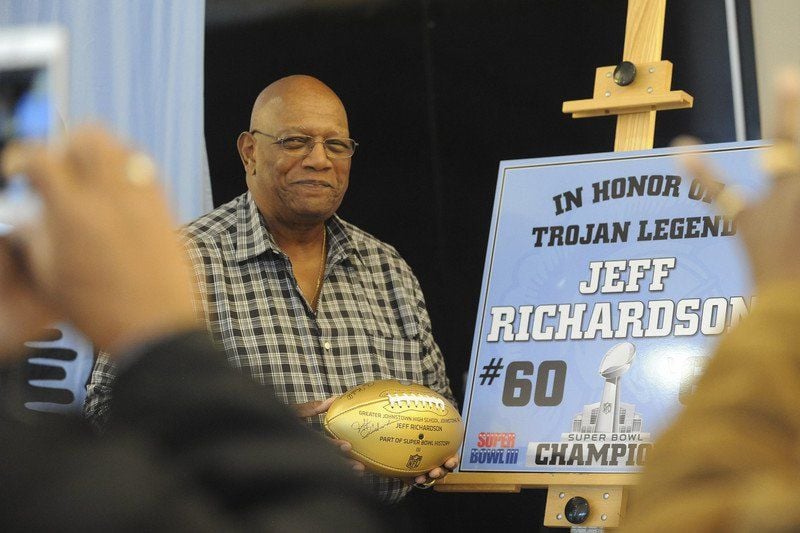 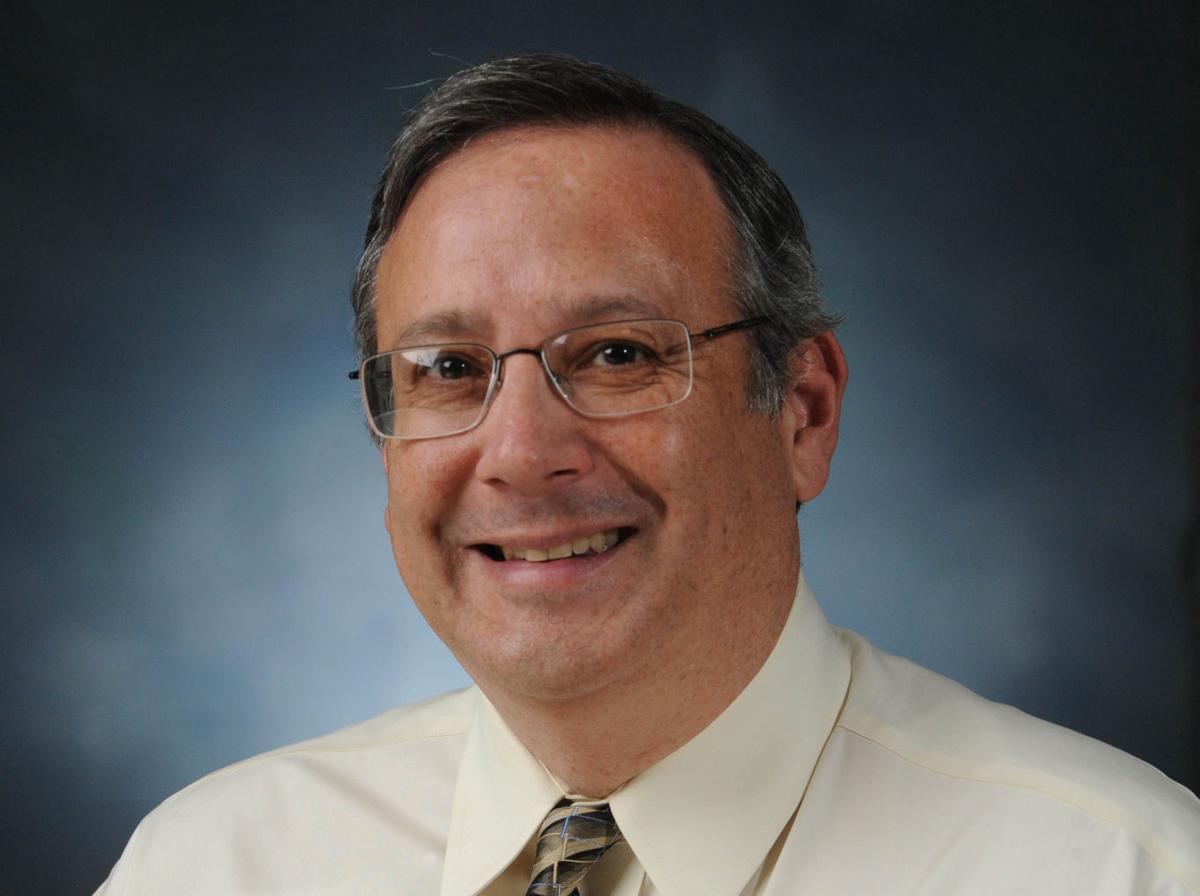 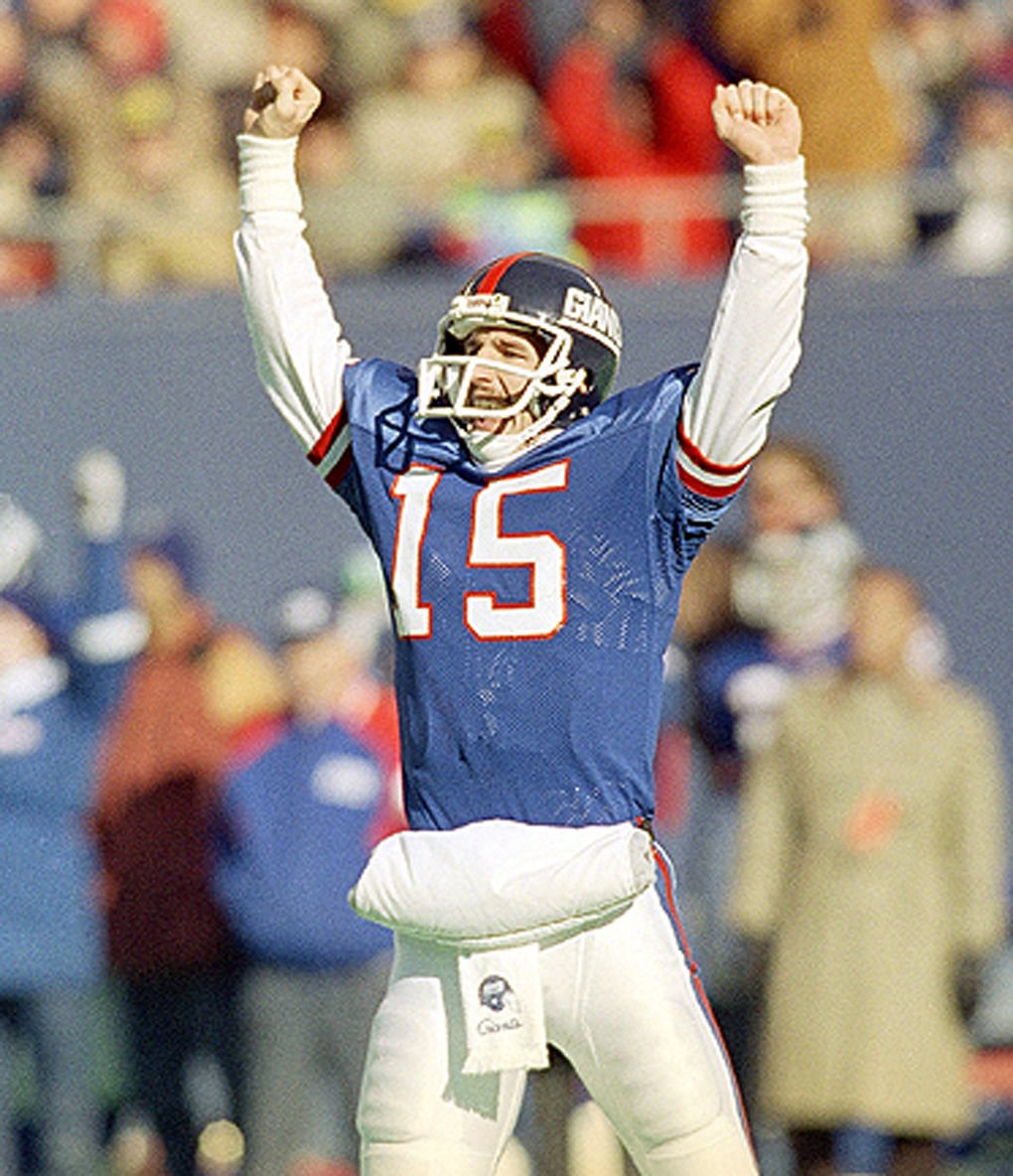 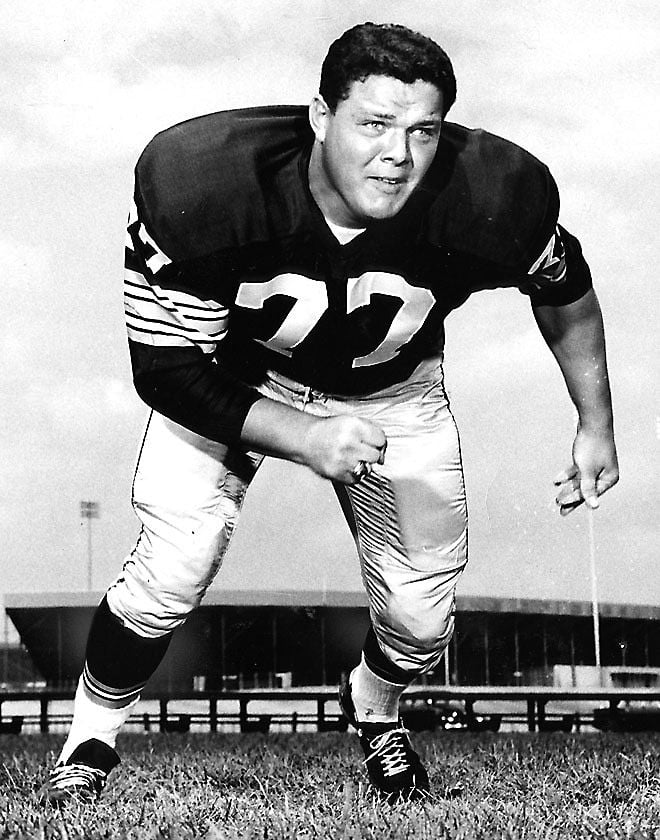 Former Packer Ron Kostelnik, who died of a heart attack at 53. Photo from 1964 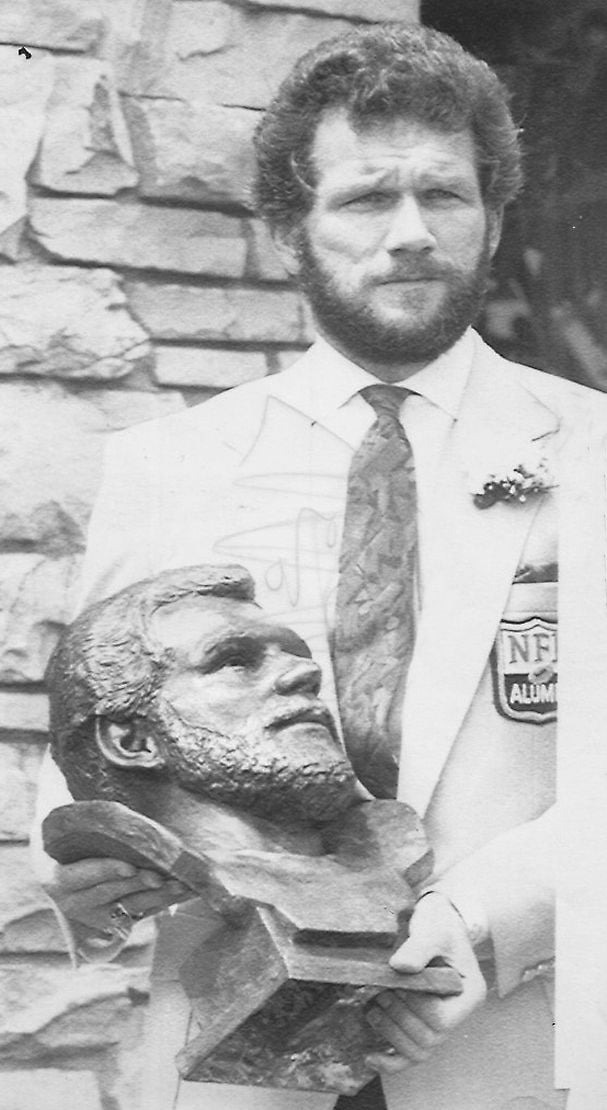 Jack Ham stands with his bust at the Pro Football Hall of Fame during his induction in 1988. 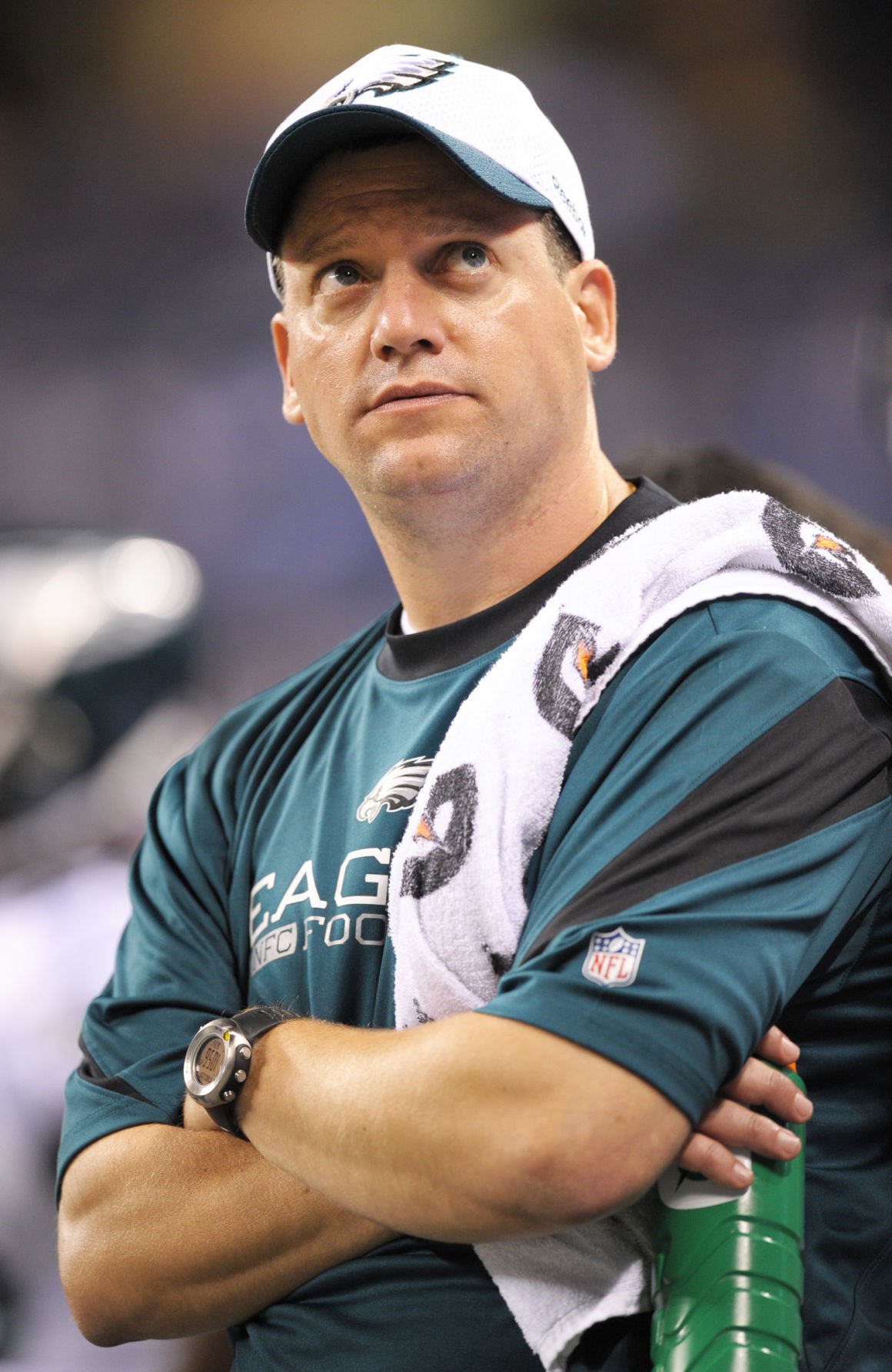 Former Packer Ron Kostelnik, who died of a heart attack at 53. Photo from 1964

Jack Ham stands with his bust at the Pro Football Hall of Fame during his induction in 1988.

Johnstown and the surrounding region have had ties to the Super Bowl since the very beginning.

The region has produced some of the most recognizable names to participate in the big game either as a player, broadcaster or member of the team’s support staff.

Johnstown and Cambria County have been a part of the show from the start. In fact, the area was represented in each of the first three Super Bowl games.

By the time the Pittsburgh Steelers had won their fourth title in Super Bowl XIV, local fans had an opportunity to follow a homegrown product in nine of the first 14 Super Bowl championships.

While Ham is the most prominent among the area’s Super Bowl connections, the Hall of Famer has had plenty of company.

The region was represented on the field and in the broadcast booth in each of the first two title games between the NFL and AFL. The game hadn’t officially been named the Super Bowl when Green Bay and Kansas City met on Jan. 15, 1967 in Los Angeles, and when the Packers and Oakland Raiders played on Jan. 14, 1968 in Miami.

• Johnstown's Ray Scott called Super Bowl I on television for CBS, with Frank Gifford, and Jack Whitaker working the second half. Twice named National Sports Broadcaster of the Year, Scott started his career at Johnstown radio station WJAC in 1937.

In a now seemingly unbelievable twist, neither CBS nor NBC, which broadcast Super Bowl I, saved a copy of their tapes, making footage of the milestone event a rare commodity.

Green Bay defeated the Kansas City Chiefs 35-10 in Super Bowl I and repeated behind two-time MVP quarterback Bart Starr in a 33-14 victory over the Oakland Raiders in Super Bowl II.

At 6-foot-4, 260 pounds, the former Red Devil was among Green Bay’s largest players who was known as a run-stopper in Lombardi’s 3-4 defense.

Both Scott and Kostelnik are members of the Cambria County Sports Hall of Fame.

Flamboyant New York Jets quarterback Joe Namath’s brash prediction of an upset win over the Baltimore Colts garnered much of the attention prior to the Jan. 12, 1969 game played at the Orange Bowl in Miami.

Joe and his teammates made the pre-game talk stand in a 16-7 win, as Namath was named MVP.

An offensive lineman in the pros after a stellar career on defense at Michigan State, Richardson, a backup, was a among the group that protected Namath after the quarterback drew the ire of the Colts.

Scott was back in the broadcast booth for the Dallas Cowboys’ 24-3 victory over the Miami Dolphins on Jan. 16, 1972 at Tulane Stadium in New Orleans.

A former Ferndale resident, Scott called his fourth Super Bowl during the Dolphins’ 24-7 win over the Minnesota Vikings on Jan. 13, 1974 at Rice Stadium in Houston.

In an era when Super Bowl ad time costs millions of dollars for a 30-second spot, it might be difficult to believe the NFL blacked out Super Bowl games in the early years.

Although Tulane Stadium was sold out for Super Bowl VI, unconditional blackout rules in the NFL prohibited the live telecast from being shown in the New Orleans area.

This was the last Super Bowl to be blacked out in the TV market in which the game was played.

The Steelers created a dynasty in the 1970s, winning Pittsburgh’s first two Super Bowls behind the "Steel Curtain" defense and taking the next two titles on the strength of an often spectacular offense led by Terry Bradshaw, Lynn Swann and Franco Harris.

• Considered one of the greatest outside linebackers in NFL history, Ham played in Super Bowl IX, X and XIII but missed XIV because of an ankle injury.

The Johnstown native made five postseason interceptions, including two in the 1974 AFC Championship game against the rival Oakland Raiders.

During eight of his 12 NFL seasons, Ham played in every game on the schedule, and he appeared in 178 of a possible 190 games.

Ham joined middle linebacker Jack Lambert and Andy Russell to form one of the most effective linebacking trios in the game while part of the 4-3 defense orchestrated by assistant coaches Bud Carson and George Perles. Lambert and Ham are in the Pro Football Hall of Fame.

Jeff Hostetler went from a backup to a Super Bowl champion.

• Conemaugh Township graduate Hostetler was behind Phil Simms for the New York Giants’ 39-20 victory over the Denver Broncos in Super Bowl XXI on Jan. 25, 1987 in Pasadena.

Four years later, Hoss was at center stage for the Giants’ heart-stopping 20-19 victory over the Buffalo Bills in Super Bowl XXV on Jan. 27, 1991 in Tampa.

Simms went down with a foot injury late in December 1990. Giants fans might have been worried, but Hostetler filled in by winning the final two regular-season games and leading the Giants to the Super Bowl against the heavily favored Bills.

He completed 20 of 32 passes for 222 yards and a touchdown against the Bills, who lost when Scott Norwood’s 47-yard field goal attempt in the closing seconds was wide right.

Hostetler is in the Cambria County Sports Hall of Fame.

Johnstown had generational ties to this Super Bowl.

The younger Kasay enjoyed the highs of booting a 50-yard field goal and making both of his extra points. But his final kickoff went out of bounds, resulting in a penalty that gave the New England Patriots possession at the 40-yard line.

It's easy to forget amid the Super Bowl hoopla that those working behind the scenes have a significant role in a team's on-field success.

Peduzzi was promoted to head athletic trainer in 2013. He was part of the Eagles’ team that battled the Patriots in a 24-21 loss on Feb. 6, 2005 at Alltel Stadium in Jacksonville.

The golden anniversary of the Super Bowl officially culminates when the Denver Broncos and Carolina Panthers meet Sunday night in San Francisco.

As the milestone passes, Johnstown fans can note their city and region have been part of the show since the outset.

Former Pittsburgh Steelers great Jack Ham, a native of Johnstown, has teamed up with AGRIMED Industries to promote the use of medial marijuana in Pennsylvania.