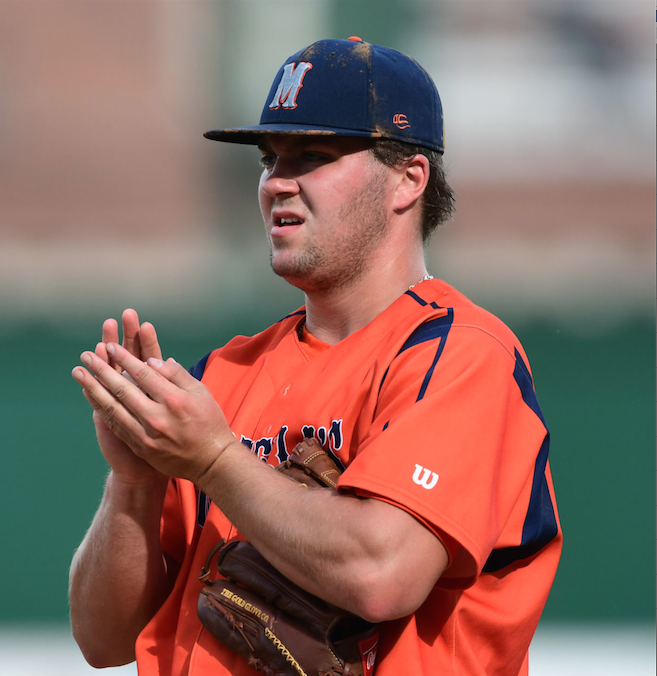 Martella’s Pharmacy starting pitcher Brian Yetter prepares to throw to an O batter in the bottom of the first inning of a Johnstown Collegiate Baseball League game at Sargent’s Stadium at the Point, Friday, June 19, 2020.

Martella’s Pharmacy starting pitcher Brian Yetter prepares to throw to an O batter in the bottom of the first inning of a Johnstown Collegiate Baseball League game at Sargent’s Stadium at the Point, Friday, June 19, 2020.

Live sports returned to Sargent’s Stadium at the Point this week amid COVID-19 prevention guidelines.

Crowds are limited to 250 or fewer fans, as per Gov. Tom Wolf’s guidelines for Pennsylvania counties in the green phase of the reopening plan.

The first three nights attracted between 100 and 150 fans a night.

Considering that initial plans called for the games to be played in an empty stadium, the small gatherings represented a win-win after the city and the JCBL worked out a deal to allow fans while following state-recommended guidelines.

Baseball traditions such as high-fives, hand shakes and huddles in between innings or after the game were placed on the list of things not to do.

Wearing face masks was encouraged, but not mandatory, and it appeared as if few people at the games wore them.

“The first couple days I was down on the field before the game reminding the coaches and players what to do and what the guidelines were. A couple guys were starting to go into a huddle. I asked them to break it up. It was a reinforcement of what they’re going to have to get used to throughout the summer.”

Doubleheaders were played at the Point on Wednesday, Thursday and Friday.

Roxbury Park hosted night games on Wednesday and Thursday. Friday’s contest between Paul Carpenter Capital Advisors and Smith Transport was postponed by rain and is rescheduled for next Friday at Sargent’s Stadium.

“The fans were spread out throughout the stadium,” Stanton said of the games at the Point. “I thought the first night there was a pretty good crowd.

“I attribute that to people wanting to get out of the house. It helps too when there is no admission. The games were competitive. There was some good baseball being played.”

Martella’s Pharmacy right-hander Brian Yetter will attend NCAA Division I Marist College in the fall as part of the Red Foxes baseball program.

Yetter led Mifflin County in hitting and was a top pitcher in high school. He is tabbed as an outfielder and pitcher at the college level.

“This is a great stepping stone for Marist,” Yetter said of playing in the JCBL. “It’s a lot of college guys, a lot of PSAC guys playing in this league. As an incoming freshman this year, I think it’s a great thing because I’m getting experience and reps against older guys I might not have had a chance to face in high school.”

‘A chance to play’

“Everybody shoots to play in the AAABA Tournament with all the fans,” Stiffler said. “But just getting a chance to play this year for these kids is really important, especially the older guys at the high school level. They didn’t have a high school season and it wasn’t looking promising to have a summer ball league.”

The Johnstown Oldtimers Baseball Association and national AAABA board canceled the 2020 AAABA Tournament in April due to many factors associated with the COVID-19 pandemic.

The JCBL season also appeared to be in jeopardy until Cambria and other nearby counties began to go green in the reopening plan.

“I think all the kids who are playing in this league are going to go out and play hard,” said Stiffler, a former Delweld player in the AAABA League who was drafted by the Atlanta Braves and played three minor league seasons. A championship is a championship even though you’re not playing for the tournament. We’re going to play to win and I think everybody else will too.”

Martella’s Pharmacy No. 2 hitter Adam Cecere has a reputation for crushing home runs at NCAA Division I Wake Forest University or ripping line drives in the Johnstown Collegiate Baseball League.