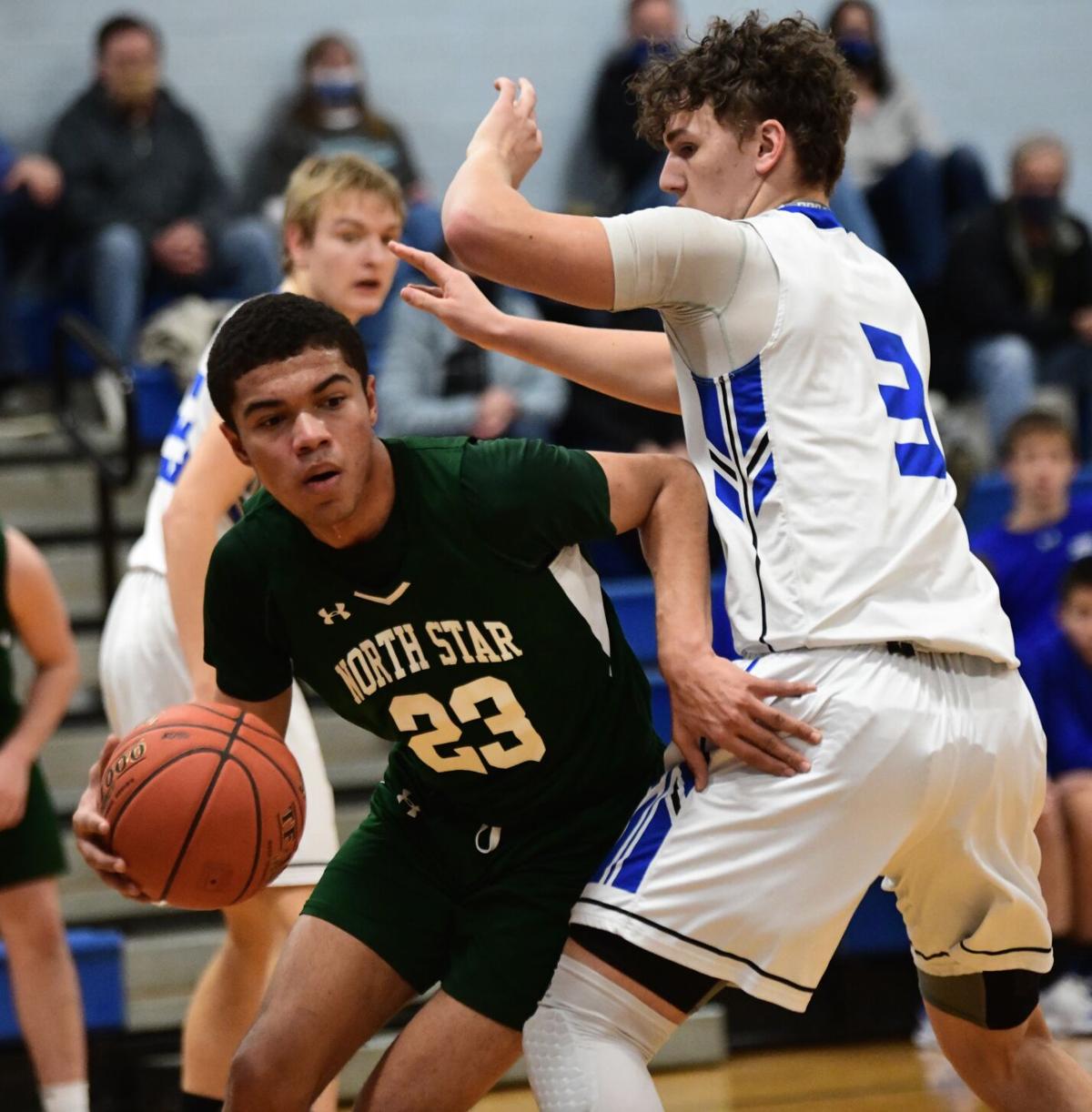 The first victory of the 54th Boswell Jaycees Tournament occurred weeks before a basketball will be dribbled on Friday afternoon at North Star High School.

One of the state’s longest-running scholastic hoops traditions, the Boswell event initially was pushed back when the traditional Christmas holiday date arrived.

The tournament joined the long list of 2020 events either paused, postponed or canceled because of the COVID-19 pandemic.

But the tournament organizers never gave up on playing an event with roots extending back more than five decades.

“Fifty-three years, going on 54, you don’t want to lose something,” said John Zadzora, program director of the Boswell Jaycees Tournament. “The main thing is to let the kids play basketball. That’s the big thing.”

“The original eight teams, we only had three of them come back. Kevin did a nice job to scramble and get five teams,” Zadzora said, referring to assistant tournament director Kevin Nicklow, a Cougars boys assistant coach.

“The hard part was making the decision whether or not we should have it,” Nicklow said. “We were trying to decide whether it could be played safely. We talked to the school board. They were on board with letting us have it.

“We were able to get some good teams. We’re excited to keep it going.”

Attendance will be limited, as each player is permitted to have two fans at his or her game, Nicklow said. Tickets to those games will be distributed in advance. Those with tickets may only attend the game associated with a specific ticket.

“There will not be a whole lot of people at any game,” Zadzora said. “They can spread out. Keep your distance. Wear your mask. Do what they’ve been telling us to do the last nine or 10 months.”

Fans with tickets are asked not to arrive until 15 minutes before the games because the gym must be cleared and sanitized after each contest.

North Star boys coach Randy Schrock has been a part of the tournament as a coach with both the Cougars’ boys and girls teams over the years.

“It’s going to be a little different, just like the rest of the season has been with (limited number of) fans,” Schrock said. “It’s been a long-standing tournament. These guys are committed to running it.”

The Boswell Jaycees event faced plenty of uncertainty in recent weeks, especially in December when Gov. Tom Wolf implemented stricter restrictions to prevent the spread of COVID-19 during a three-week span. High school sports were among the many activities prohibited during the stretch that ended on Jan. 4.

Zadzora credited the Jaycees and a group of loyal sponsors whose contributions will take on greater significance this year with the limited attendance.

“They were on-again, off-again with it,” Schrock said. “The easiest thing to do would have been to let it go. They were persistent. They wanted to keep it running.

“They decided to delay it and reevaluate. It ended up working out pretty well.”

High school boys and girls basketball players, coaches, parents and fans have an opportunity to follow their favorite players and teams now that practices and, finally, games either resumed or are on the horizon this week.