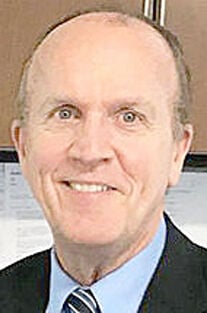 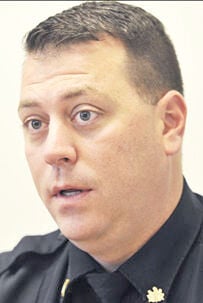 Healthy schools and their communities take the time to develop students intellectually and behaviorally, guiding healthy human development, building cultural literacy inside safe environs. States that adequately and equitably invest in the education system experience better living conditions and greater productivity. Members of these communities highly esteem the education profession and its professionals.

Local public schools envision the desired identity of the community; and to enact change in a community, they focus on students and the schools. Schools provide education, career training, civic responsibility and the opportunity for improving police and community relations.

These changes are nurtured in schools and families, and it takes time for the development of a community’s positive and cooperative culture.

The Johnstown community and its schools have demonstrated – amid the context of national racial inequities – mostly positive and cooperative experiences while working toward building a safe and healthy community.

Within the Johnstown schools, cooperation is modeled by teachers, parents/guardians and students being able to thrive safely, beyond expectations, despite enormous financial inequities.

With Johnstown’s demonstrated cooperation as context, this article highlights one initiative that has supported the bonding of many parts of the Johnstown community.

The initiative, among others, that deserves recognition is the history of police personnel working within schools.

It is imperative that police officers are given the opportunity to build relationships with the youth. The best way for that to happen is with a School Resource Officer (SRO) Program.

SRO Program schools rarely, if ever, need to call for police assistance. When a school without the SRO calls the police, most often an “outsider” (officer) responds instead of an established officer who knows the students, faculty and staff.

SROs usually know the “back story” of the students, and the officer is most often a positive resource for the student. The SRO responses typically end positively and without an arrest, mainly because they have established rapport with everyone in the school.

The ACLU, Pennsylvania’s Ed Law Center, and others have come out strongly against police in school because they have found that police presence in schools often stirs arrests, increased suspensions and expulsions and builds a “pipeline to prison,” especially in schools with high percentages of Black or poor students.

The nation’s SRO initiative is widely panned, and yet it has been an overall success in Johnstown. The success comes from diligence beginning with assessing the needs of the diverse stakeholder groups, setting goals, specifying the functional relationships, and ensuring the SRO is well trained and the community well informed.

SRO Program guidance comes from best practices determined from FBI interviews and research. SROs must embrace the ideals of the program, seeking to build positive relationships with the students and others, without prejudice.

Johnstown’s experience started in the late 1990s with the awareness of the criticism of using police in schools.

The district set goals, measured and responded to data: achievement, suspensions and biased treatment of minority youth. They kept careful watch on the proportionality data.

Alan Cashaw, president and education liaison of the local NAACP chapter, reflects: “The SROs worked with teachers, community leaders and parents and understood that the work was a values piece. The SROs we had, including Pastor Floyd and Chad Miller, treated it as a way to support parents and the community by teaching, counseling, and caring about everyone. SROs were a positive part of the school programs and still are, very positive.”

Superintendent Amy Arcurio adds, “Our SROs are seen as mentors and advisers to our students as well as their families. Often parents request the SRO to be present during traditional parent-teacher meetings as the SRO has developed a responsive and caring relationship with the student … in our schools developing relationships that transfer into the community where they are, again, viewed as the helpers in our neighborhoods … real people who can bridge the communications gap.”

Schools and communities take on the challenges, and in the greatest communities, leaders develop and support proven strategies that, when well-executed, become leverage for better living for all.

Johnstown’s SRO Program is performing well, and it represents the mirror image of the desired community.

Gerald Zahorchak, former secretary of education for the Pennsylvania Department of Education, is the Education Division Chair at the University of Pittsburgh at Johnstown. Capt. Chad Miller is a former school resource officer for Greater Johnstown School District, and will serve as interim chief for the Johnstown Police Department.