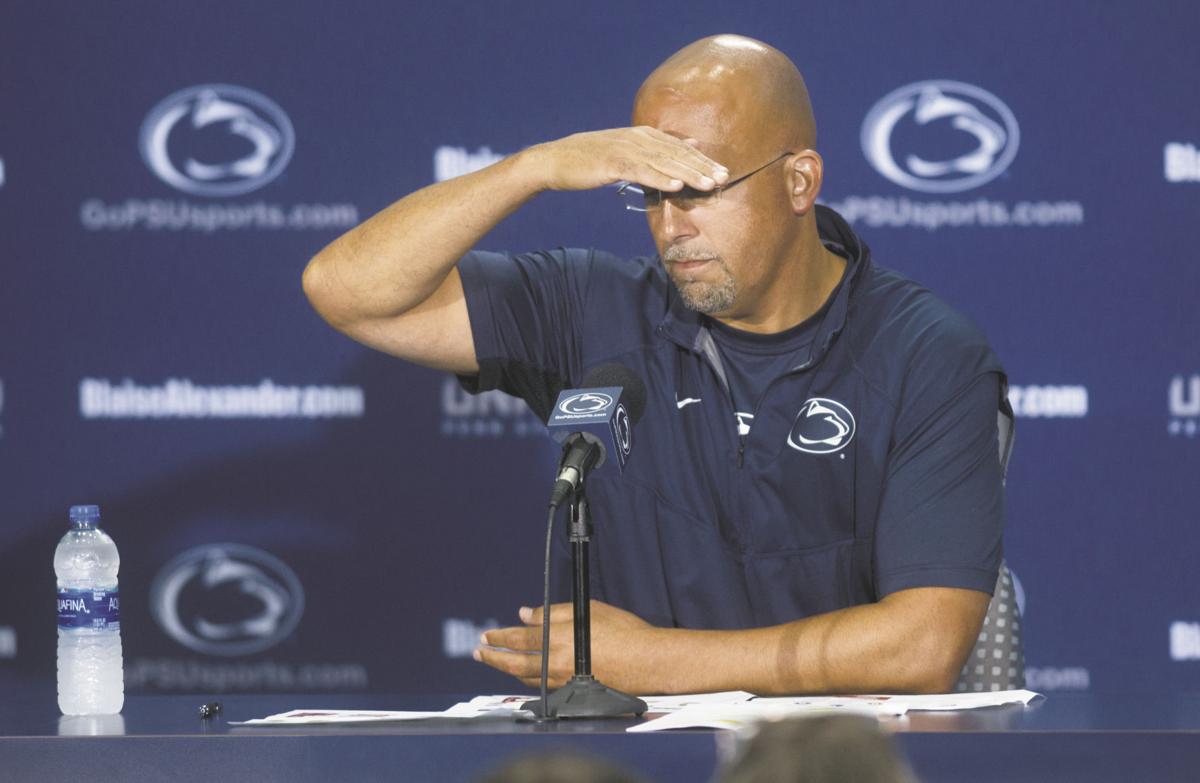 Penn State head football coach, James Franklin, shields his eyes from the lights while listening to a reporters question during media day on Saturday, Aug. 3, 2019.

Penn State head football coach, James Franklin, shields his eyes from the lights while listening to a reporters question during media day on Saturday, Aug. 3, 2019.

Back in December, Penn State held a media availability shortly after the Nittany Lions secured their final official commitment from the class of 2020. With the 27-member class complete, coach James Franklin spoke to reporters about the group.

One of the questions I asked Rodriguez was if she and the staff would take some time to regroup. With a laugh, she pretty much told me there isn’t much time for such, as they would now focus shift efforts to the class of 2021 and beyond.

Penn State on Thursday snagged a verbal commitment from another member of the class of 2021 as three-star athlete Lonnie White Jr. of Malvern Prep turned to Twitter to make his announcement.

If you’ve been keeping count, that gives Penn State 12 verbal commits from the class of 2021. Seven offered their verbals in April alone.

The King duo are siblings; and Clifford is the younger brother of Penn State quarterback Sean Clifford. McGraw is an Indiana flip.

Recruiting isn’t an exact science. What works for some, fails with others. When dealing with the fickle temperaments of teenagers, that’s to be expected.

As of Friday, Penn State ranks No. 11 nationally and fourth in the Big Ten according to 247Sports. Ohio State (17 verbals), Iowa (14 verbals) and Minnesota (15 verbals) occupy spots ahead of the Nittany Lions.

Like programs across the country, Penn State’s staff has turned digital to reach out to its targets. Programs like the web-based video conferencing platform Zoom and Apple’s FaceTime have been elevated. Franklin last week said he and his staff have also connected with recruits’ families through the platforms.

What I found interesting is Franklin said Penn State’s academic advisers have also turned to video-conferencing to answer questions about the school’s academic programs and to offer virtual campus tours. Even the Nittany Lions’ strength-and-conditioning program has seized the opportunity.

It’s been a total team effort.

With verbal commitments, nothing is guaranteed until a school receives an official letter of intent. A recruit’s courting cycle is ever-evolving and never-ending. That aside, Penn State’s recent recruiting run this spring has been impressive, especially when considering the challenges of doing so during unprecedented circumstances.

As Rodriguez told me back in December, the recruiting trail never ends.