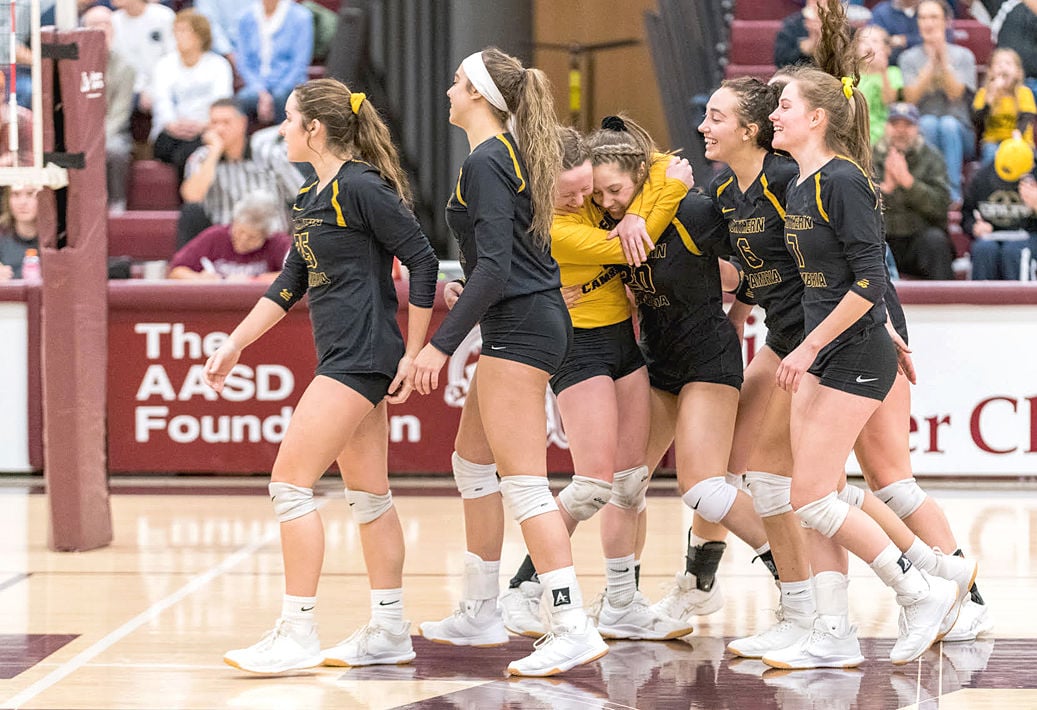 It was the team’s fourth gold medal overall, with the Colts also winning volleyball titles in 2005 and 2009 to go along with the back-to-back golds this year and last.

Along with the four golds, Northern Cambria has also earned two silver medals in 2004 and 2006.

Volleyball has been a strong sport for girls throughout the area.

The PIAA started holding state championships in 1974 with all schools in just one classification. The organization went to two classifications in 1982, the first year Richland played in a title game, losing to perennial power Farrell.

The Rams went on to win six volleyball titles, including claiming the two titles in 1984 when the sport had two championship matches and moved from being a spring sport to fall.

The other titles came in 1983, 1986, 1996 and 1999. The Rams also won a total of six silver medals, including a loss to Cambria Heights in the 1985 championship, the only time the Highlanders advanced to the finals.

North Star has three silver medals in 2008, 2015 and 2016, while Somerset (2016) and Berlin Brothersvalley (2018) each had a silver finish, the Mountaineers finish coming against Northern Cambria last year.

Volleyball finals: On Saturday, Northern Cambria’s 25-14, 25-18, 31-29, victory over Nativity BVM in the championship was the only three-setter of the day among the four played at Cumberland Valley High School.

Growing up: I was fortunate enough to be assigned to cover Kiera Booth’s letter-of-intent signing on Wednesday. The Berlin Brothersvalley senior plans to play volleyball at Villanova.

I asked Booth at the signing whether she remembered the first time that I had interviewed her when she was a freshman.

At first she said she didn’t, but then she recalled the moment.

“I asked you what you were going to ask me,” Booth laughed, remembering that I told her that I couldn’t say what I was going to ask, but to just answer the questions that I asked.

She has grown much more poised at interviews since that first encounter.

The Heritage Conference and District 6-champion Colts defeated Nativity BVM 3-0 on Saturday in the Class A title game at Cumberland Valley High School.