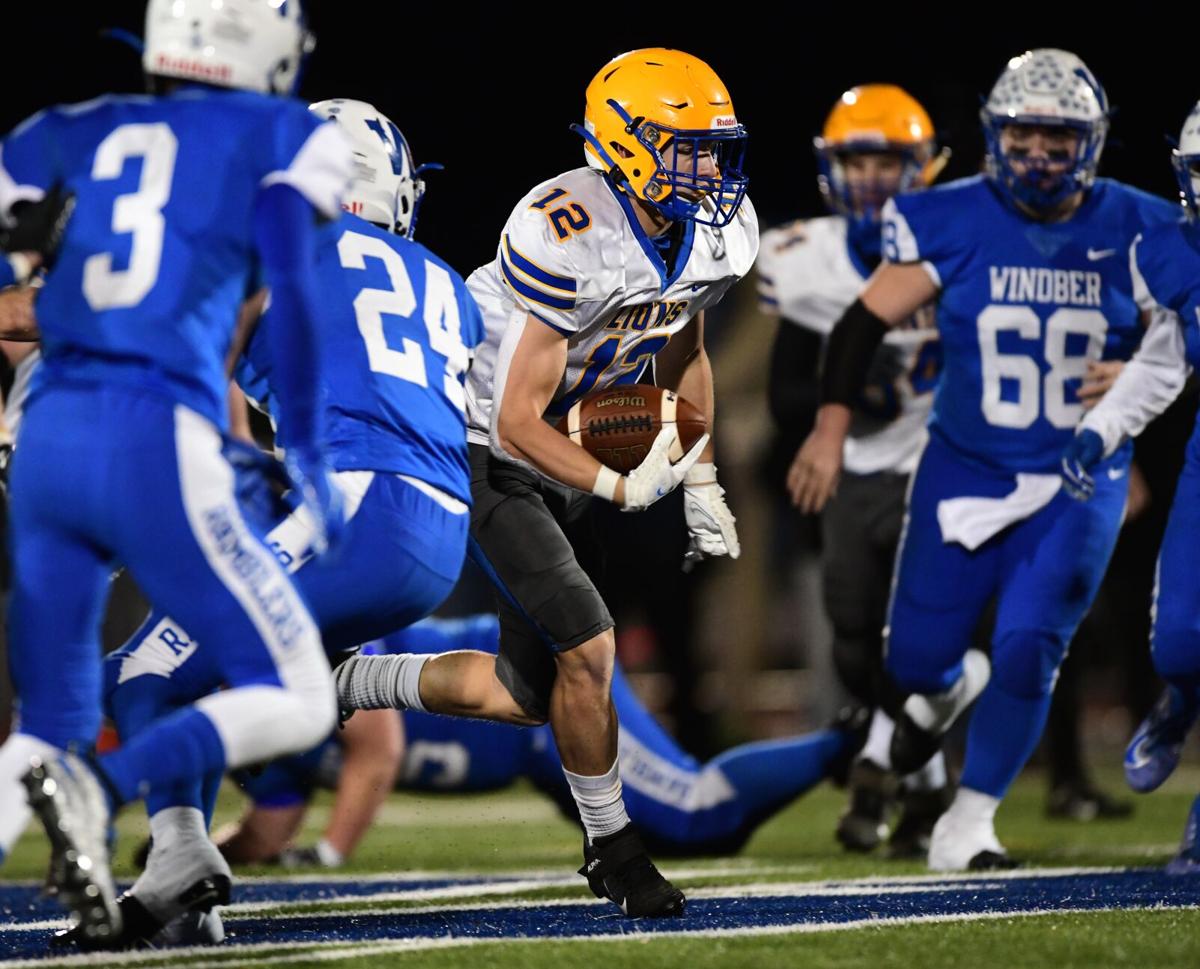 The Bisons will face District 6-AAA champ Central in a PIAA first-round game at 7 p.m. Friday at Hollidaysburg, while the Mountaineers and the Lions square off in the District 5-AA championship.

In the District 6-AA title tilt, the Highlanders, in their first championship game, will play the Rams at 7 p.m. Friday at Mansion Park Stadium in Altoona.

District 5 has not updated its website with the championship game schedules.

• The PIAA Class AA tennis championships get underway this week with two area singles players and two doubles pairs in the hunt.

On Monday, junior Josie Shuke of Bedford, the District 5 singles champion, will play St. Marys senior Samantha Hayes, the District 9 champ, in first-round action at noon at the Summit Tennis and Athletic Club in Altoona. The winner moves into Wednesday’s quarterfinal round against senior Tara Thomas of Villa Maria Academy, the District 10 champion.

In doubles play on Monday, the Chestnut Ridge duo of junior Delana Kissell and sophomore Caylie Conlon will replace the District 5 champions of Somerset’s Mia Rosman and Kylie Walker and Golden Eagles runners-up, Sarah Jacobs and Violet Lopaze, due to the COVID-19 virus. In the first-round matchup, Kissell and Conlon will play District 9 seniors Lilia Lion and Brooke Henry of St. Marys at the Summit in Altoona.

Quarterfinal winners move to the Hershey Racquet Club for semifinals and finals on Saturday.

• District 5 championships for volleyball will certainly have a different look this year as perennial powers North Star in Class AA and Berlin Brothersvalley in Class A were eliminated in early round action.

No. 2 Bedford will face fifth-seeded Chestnut Ridge for the Class AA crown on Tuesday at Windber High School.

In Class A semifinals, on Monday, top-seeded Conemaugh Township hosts No. 5 Shanksville-Stonycreek and on Wednesday, third-seeded Fannett-Metal plays at No. 2 Shade, the WestPAC champions. The Class A title tilt is set for Thursday at a site and time to be determined.

In District 6 volleyball, fourth-seeded Glendale has withdrawn from the playoffs due to a case of COVID-19. The Vikings were set for a first-round bye.

First-round action is set to begin in Class A and AA with four games on the schedule for each classification on Monday.

• In soccer, championships will be contended by boys and girls in Districts 5 and 6 this week.

On the girls side, top-seeded Bedford faces No. 2 Westmont Hilltop for the District 5-6 Class AA crown on Wednesday.

In District 5 Class A, Windber plays Rockwood in a semifinal on Monday and the title match is on Wednesday.

Three boys teams in District 5 are still alive, including top-seeded Rockwood in the Class A semifinals Tuesday along with Chestnut Ridge and Bedford in the District 5-AA championship on Thursday.

In District 6-AA, Westmont Hilltop and Cambria Heights are in the semifinals on Monday, Penn Cambria is in the Class AAA semis on Monday and Bishop Carroll plays in the 6-A title game on Wednesday.

• After leading the battle of the picks throughout most of the season, I faltered last week and fell into second place.

Westmont Hilltop senior Lauren Lavis is the Female Spotlight Athlete of the Week for Monday, Oct. 26, 2020.