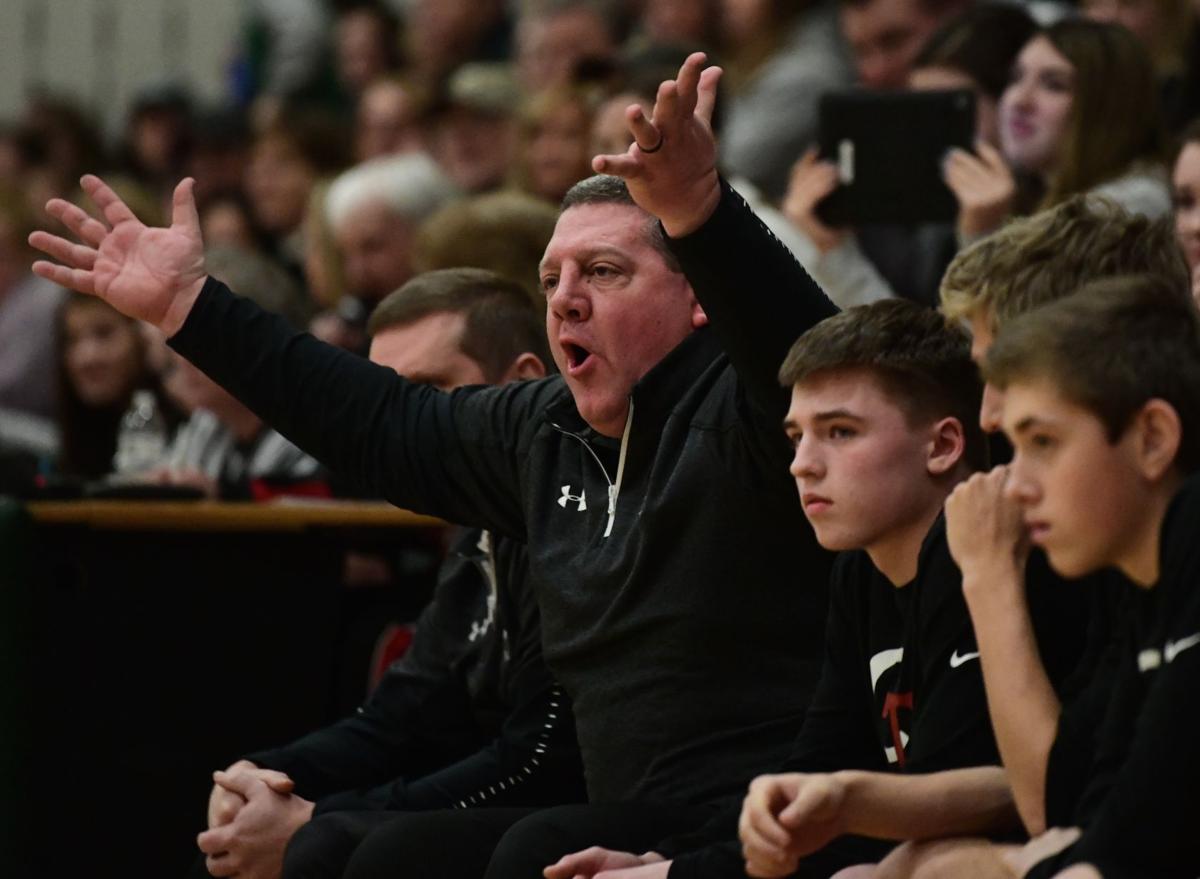 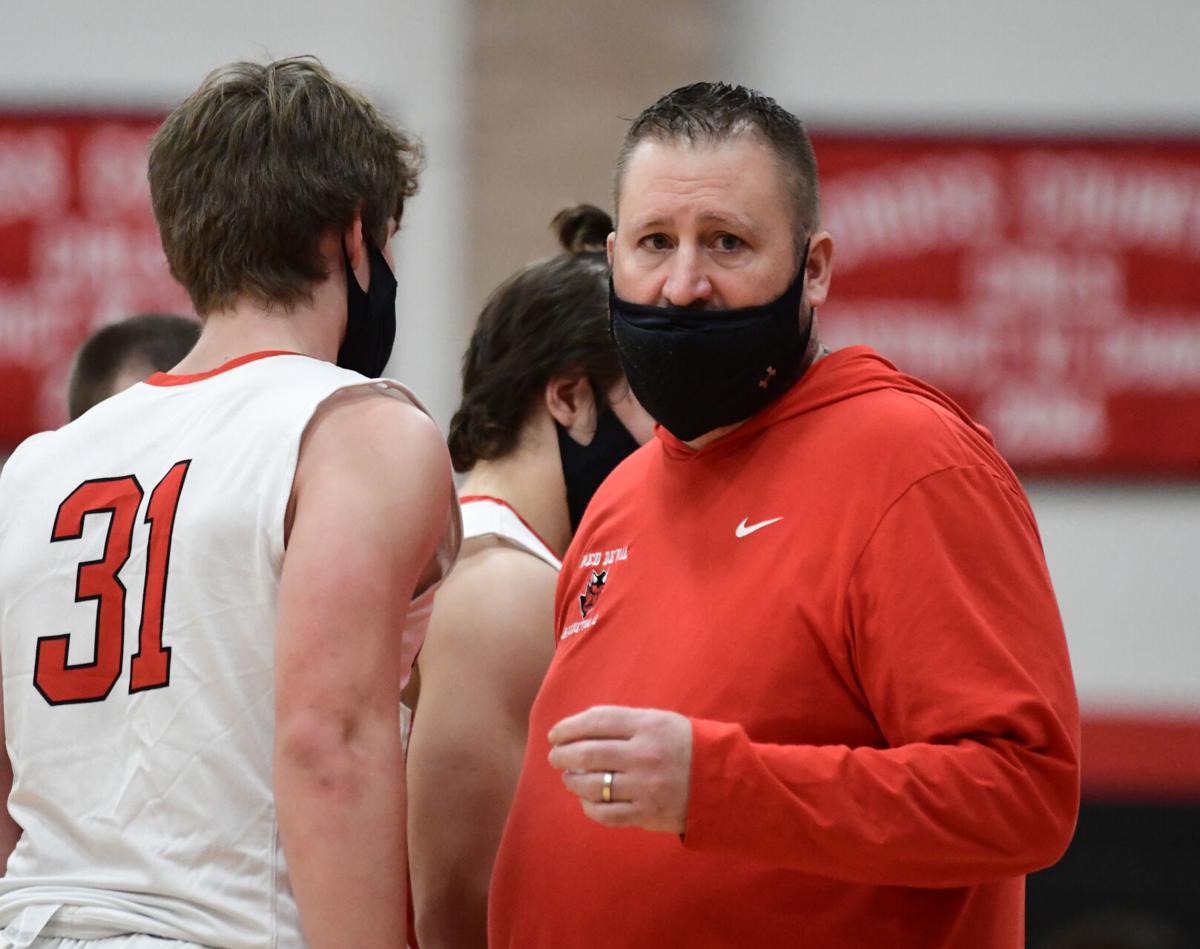 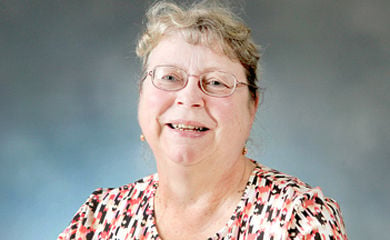 It was a week of milestone moments and striving for consistency among area squads on the local hardwoods as basketball season rolls into February.

Coach Chuck Lesko started the season with a record of 197-103, his 13th season with Conemaugh Township, where he took over for Scott Cable.

Despite having to shut down the gym just before the season due to coronavirus issues, the Indians opened with three straight victories to put Lesko at the 200-win mark for his career. The milestone came Friday against rival Windber.

“I was really trying to downplay it,” Lesko said. “I am truly blessed to have great kids in a great program that allowed me to get (this milestone). I am lucky that we have had kids that are such good athletes and good students, who have gone out and made contributions to the community.

“I am truly humbled to be a member of a club that includes the likes of Tanner Prosser, Robert Snyder, Wade Fyock, Garry Wurm and so many others.”

Coach Adam Stephan, who followed in the footsteps of Steve Traino at Central Cambria, registered his 100th career victory Friday night. Stephan is in his 10th season at the helm for the Red Devils.

For a time in recent years, the 1,000-point scoring milestone in basketball appeared to be a lot less elusive than it was in the past.

But now, just like with anything touched by the coronavirus, getting a grand is a challenge.

United senior Austin Kovalcik became just the second area player this season to go over the top, doing so on Friday night in the Lions' narrow 53-50 opening round victory over Westmont Hilltop. Kovalcik joins Berlin’s Elijah Sechler, who earned the distinction against Rockwood in December.

• 54th annual Boswell Area Jaycees Tournament: The United girls made their first tournament appearance in Boswell look relatively easy, capturing the team title on Saturday with a 69-41 victory over Shade.

United, which won 59-25 over Berlin Brothersvalley in the opening round, also got 11 points from sophomore Lauren Donelson, who was named to the all-tournament team, while Jordyn Travis added 10, against the Panthers.

The Lions won their two contests by an average margin of 31 points, while improving their overall record to 6-1 after winning their sixth consecutive game.

Shade was the runner-up in its first Jaycees tournament appearance in 14 years, after going 0-2 in the lone previous appearance in 2007.

Sophomore Jenna Muha and senior Taylor Rapsky were Shade’s selections for the all-tournament team, with Muha earning the tournament’s high scorer award with 46 points, the third-highest total in tournament history, trailing Conemaugh Township’s Heather Cigich (51) in 1998 and Amber Kister of Somerset (50) in 2004.

Muha, who scored 28 points in Shade’s first game, now sits in second in the tournament’s highest single-game point rankings, trailing only Cigich, who tallied 30 in the 1998 opener against Laurel Valley. Muha finished with 18 points for Shade, while Rapsky had 14 points in the championship.

United was victorious in the boys championship game, earning a 67-57 victory over Bishop McCort and winning its first tournament title since 1993.

Consolation winners were North Star’s girls, a 46-39 victor over Berlin, and the Westmont Hilltop boys, who won 61-40 over North Star.

• Galloping Mustangs: There is quite a bit of excitement in the air at Portage with both the boys and girls teams still undefeated after a number of quality wins on both sides.

• LHAC: In the Laurel Highlands standings, the Greater Johnstown and Bedford boys are both undefeated at 3-0. Bishop Carroll and Cambria Heights are both 1-0, while Bishop Guilfoyle and Chestnut Ridge stand at 2-1.

Among the girls, Forest Hills is on top with a 4-0 mark with Bedford (3-0) and Bishop Carroll (1-0) right behind, followed by Bishop Guilfoyle and Bishop McCort both at 3-1.

Cory Isenberg | Polls for this, that and whatever

With Super Bowl LV just a few weeks away, and Pittsburgh Steelers fans once again on the outside looking in, I was interested to see some of the surveys that have come out heading into Sunday’s AFC and NFC championship games.