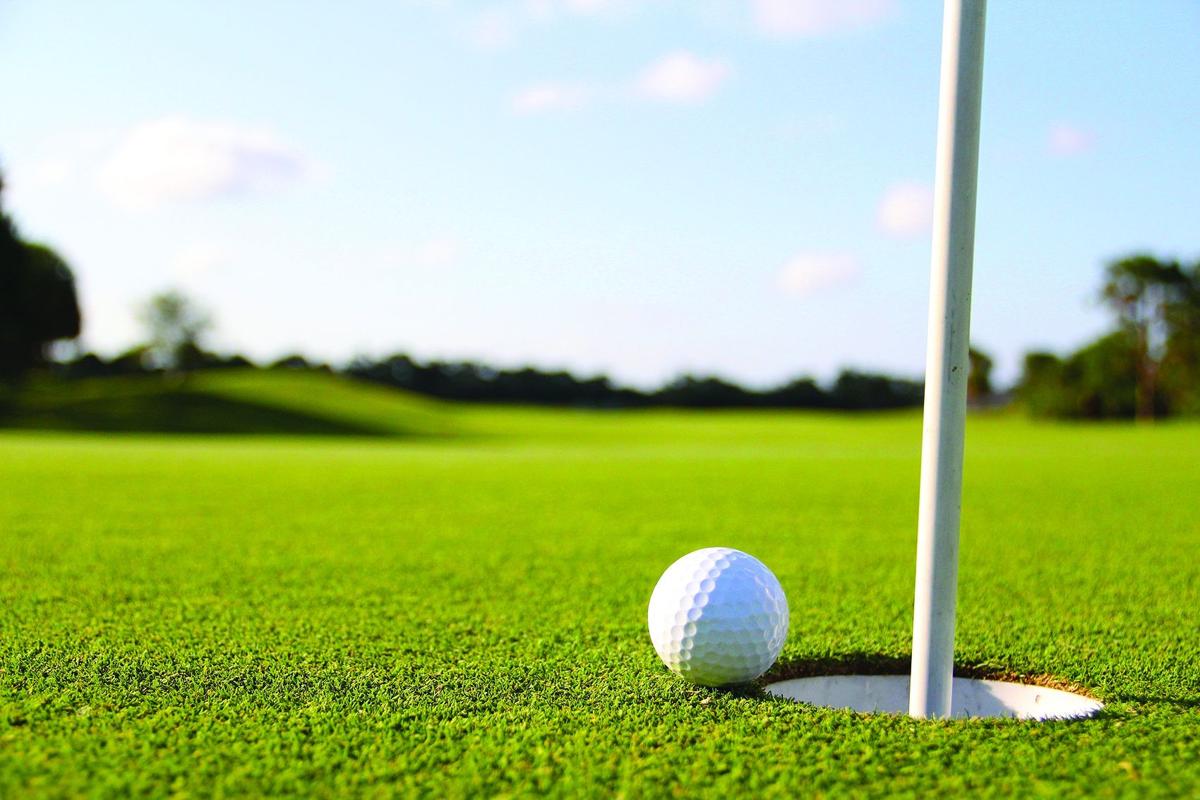 The study “Golf Around The World” found that there are 34,011 golf courses in the world, 45 percent of which are in the United States.

The study “Golf Around The World” found that there are 34,011 golf courses in the world, 45 percent of which are in the United States.

District 6 crowned boys and girls golf champions this past week and District 5 is set to hold its Class AA championships on Tuesday at Iron Masters Country Club in Roaring Spring. Wednesday is the rain date.

Four boys and two girls will advance from the district tournament to the state event. The District 5 team champions will play District 6 champ, West Shamokin, on Oct. 14 at Ebensburg Country Club, in order to advance to the team championships.

Central Cambria senior Olivia Ratchford and junior Corinne Markovich captured the District 6 Class AA doubles title with a 6-0, 6-1 victory over Tyrone’s Rachel Stricek and Victoria Reese. It was Ratchford’s fourth consecutive doubles title, and the Red Devils have won five of the past six doubles crowns.

In District 5, the singles tournament is Oct. 12 and the doubles competition on Oct. 19.

• It was a busy week for the Hilltoppers’ Kush and also a situation that you don’t often see.

On Sept. 26, she won her third straight District 6 Class AA singles tennis title and earned a trip to the PIAA tournament.

Then on Thursday at Windber Country Club, in her first year of playing varsity golf, she placed second at the District 6 Class AA girls championships, making a par-saving putt in a playoff to help the Hilltoppers win the team title and earn a trip to the state tournament.

Westmont and four-time defending champion Central Cambria finished tied at 298 in the district team standings, but Kush’s par on the first playoff hole helped the Hilltoppers advance to the PIAA team championships at Heritage Hills in York on Oct. 26. The other Hilltoppers team

Kush finished as runner-up with a 91, eight strokes behind Tyrone Area’s Cassidy Miksich, who won the individual title with an 83.

Central Cambria’s Megan Stevens placed third at 92 and also qualified for the PIAA Championships at Heritage Hills in York on Oct. 19.

In soccer, Bedford’s boys and girls both have unblemished records while in volleyball, Central Cambria, Somerset and Bishop Guilfoyle all have one loss.

• District 6 football Chairman Ralph Cecere released the starting dates for the playoffs over the weekend.

In Classes A, AA and AAA, the postseason opens on Oct. 23 and 24 while in Class AAAA, playoffs begin on Oct. 30 or 31. There are no area schools in Class AAAAA or AAAAAA.

Four squads will be in the Class AA playoffs. The semifinals take place on Oct. 30 and 31 with the finals on Nov. 6 or 7. The last day to drop from the playoffs is Oct. 18.

• The picks battle for football continues to be hotly contested.

Philip Cmor and Diane Lopez went 12-2 last week, while Mike Mastovich and the Twitter Vote were both 11-3. Jake Oswalt and I were both 10-4, and Dean Carpenter was 9-5.

Overall, Mastovich and I are tied at the top, with Oswalt and Cmor just behind, followed by the Twitter Vote, Carpenter and Lopez.

District 6 golf Chairman Mike Hudak announced Sunday that the boys championship has been rescheduled from Tuesday to Wednesday at 10 a.m. at Scotch Valley Country Club in Hollidaysburg.