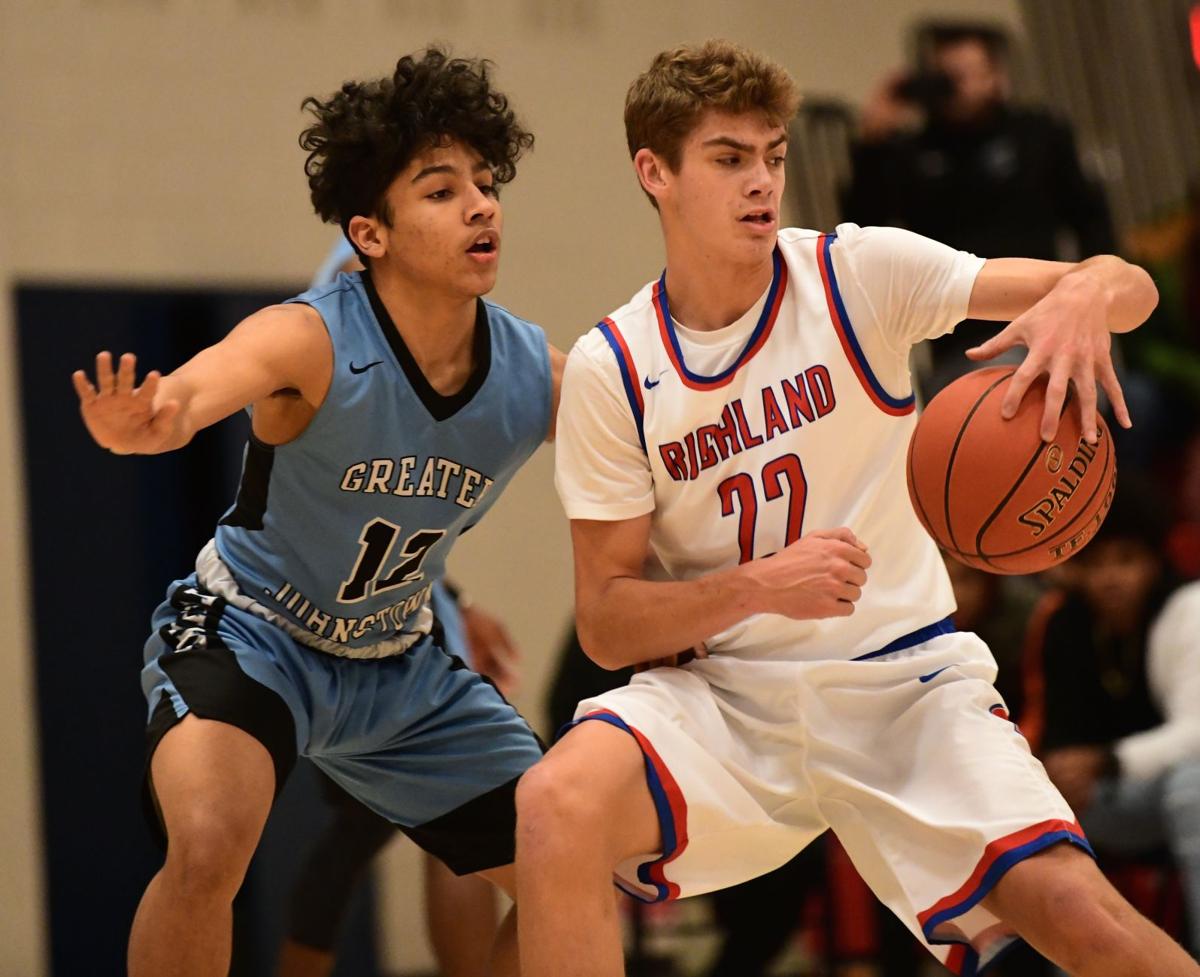 The Heritage Conference crowned its basketball champions on Friday with Ligonier Valley winning the boys title while the Penns Manor girls prevailed in the other title tilt.

This week, the Laurel Highlands Athletic Conference and the WestPAC will duke it out for championship bragging rights.

In the Laurel Highlands boys rankings, unbeaten Bishop Guilfoyle, Greater Johnstown and Westmont Hilltop have clinched spots. If Westmont wins one of its final two games, the Hilltoppers (12-4) would earn the No. 3 seed and play the Trojans (14-3) at Doc Stofko gym on Thursday while the top-seeded Marauders (17-0) will host either Richland (11-6) or Bedford (10-6), which all have games remaining earlier in the week.

On the girls side, Forest Hills and Cambria Heights have clinched spots and are waiting to host semifinals on Thursday. The unbeaten Rangers (17-0) and Highlanders (15-1), who play on Monday, will face either Bishop Guilfoyle (12-4), Central Cambria (12-5) or Bishop McCort (11-6) all depending on how the games earlier in the week shake down.

The LHAC championships are set for Saturday at Central Cambria.

Meanwhile, in the WestPAC, semifinals will be played on Wednesday with the championships on Friday at the Pitt-Johnstown Sports Center.

After its loss to Shade last week, Berlin Brothersvalley will be the No. 2 seed in the South while in the North, North Star has clinched the top spot and will host the Mountaineers on Wednesday.

Windber and Portage are contending for the second spot in the North. The winner of Tuesday’s game in Windber will travel to Shade on Wednesday.

Shade played in the title game last year and if it comes down to the Rose Bowl criteria, the Mountaineers would get the top seed. The Rose Bowl criteria states that in the case of a tie, the team that did not appear in the game in the most recent instance would earn the berth.

Shanksville-Stonycreek has clinched the No. 1 seed in the South while Shade is right behind. Portage and Windber hold the top two positions in the North. The Mustangs play Conemaugh Valley on Monday and the Ramblers on Tuesday. If Portage wins on Monday, it will earn the top spot even if Windber defeated the Mustangs on Tuesday because the Ramblers played in the championship last year and the Rose Bowl criteria would apply.

Akron Invitational: The reigning PIAA Class AA gold medalist in the girls triple jump is certainly making her mark at the college level.

St. Francis freshman Maddie Murphy, a former Bishop Carroll athlete, earned a top finish over the weekend as the Red Flash track and field squads competed at the Akron Invitational in Ohio.

Murphy had a winning jump of 37 feet, 8 inches to earn the gold medal and put her third on the all-time list of St. Francis triple jumpers.

Murphy and the St. Francis men’s and women’s track and field teams will be back in action Feb. 21-22 when they head to Staten Island, N.Y., to compete in the NEC Indoor Championships.

The three area conferences – Heritage, Laurel Highlands and WestPAC – will all hold semifinals for their basketball teams this season, gearing up for the league-ending championships.