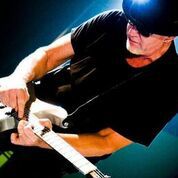 Great White guitarist Mark Kendall performs in this image provided by the band. 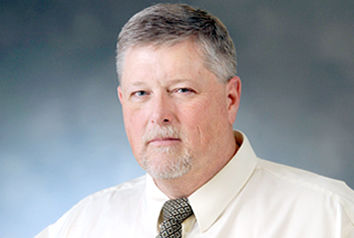 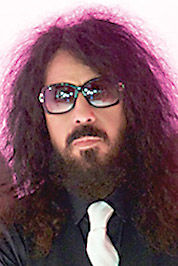 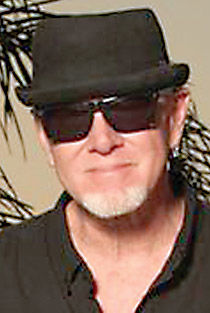 Great White guitarist Mark Kendall performs in this image provided by the band.

Like many in the rock-and-roll community, Kendall has battled addiction. He said he has been sober for 10 years, and now reaches out to others on social media who might find themselves in the grip of drug or alcohol dependence.

Kendall and his band, Great White, will perform Saturday night at the Thunder in the Valley motorcycle rally.

He believes perspectives about drugs – especially opioids – have shifted in the music industry.

Kendall was deeply affected by the loss of a close friend, Jani Lane, singer for the heavy-metal band Warrant.

“The view has definitely changed,” Kendall said in a telephone interview. “A lot of the bands and musicians are taking better care of themselves. And they’re dealing with their addiction issues.

“I’ve been reaching out on Facebook and offering my support and sober friendship to anyone who is out there struggling, talking about how I got sober.”

The list of rock stars who were lost to addiction issues or overdoses is long.

But, Kendall noted, the list of everyday people – teachers, students, police officers, lawyers, construction workers – who have died or had their lives undone by substance abuse is much, much longer. And growing daily.

He was not surprised to learn that when he performs in Johnstown, he will find himself in a county – Cambria – that is among Pennsylvania’s leaders in overdose hospitalizations and fatalities.

“This stuff is really dangerous. And it’s so hard to wean yourself off those types of drugs – heroin, opioids,” Kendall said. “I’m glad it’s being looked at more closely in terms of how free the market is. You can buy like a zillion Xanax online – other drugs, too. And then you mix them with alcohol. It can be fatal.”

Quiet Riot, another heavy-metal band, will take the stage Friday night at Thunder in the Valley.

Drummer and band manager Frankie Banali said he has lost “more friends than I can count” to drugs and alcohol. One of those was good buddy and former Quiet Riot singer Kevin DuBrow, who died of a cocaine overdose in 2007.

“The substance abuse, addiction and overdoses, is nothing new,” Banali said.

“For many decades, it has been largely ignored because it was most prevalent in the poorest sectors of society. It has always been a problem with musicians as far back as anyone can remember.”

Banali said he has a “zero-tolerance stance” on drugs for Quiet Riot members.

But, he added:”I feel for the addict, because I’ve known so many and I know how difficult it is to break the pattern and behavior.

“Sometimes having everything you ever wanted does not mean that you are happy and drugs oftentimes are the ‘safety net’ many fall into and many never get out alive. Truly sad.”

Awareness and education, Banali said, are the keys to breaking the supply-and-demand grip of opioids.

“We as a society worldwide are becoming more aware of the this deadly social problem, because it has filtered into every sector of society,” he said. “It’s no longer the poor who are dying, or celebrities and rock stars who are dying. It’s the moms and dads, the housewives, the businessman. It’s the high school jocks and the cheerleaders – because drugs are much easier to get and transport now.”

Kendall said he knows many current and former rockers who have turned their lives around – “guys who are 20 or 30 years sober now.”

He recalled the fight with his own demons.

“I pounded beers like every day, totally out of control,” Kendall said. “And even now, I know I am an alcoholic. I have that gene, or bug, or whatever it is. I was a walking time bomb.

“I remember calling my wife and getting honest – this was in 2008 – and having this moment of clarity. I got pissed off at myself. I was hiding it from her – out on the road in a hotel somewhere.

“My whole life changed. It got so much better – all the things I didn’t believe could happen. Now, instead of using Facebook to talk about me, I’m going to just offer my sober friendship.”

Kendall works with several addiction support organizations, including one online source with 94 members from the music industry – “Some on the brink of death,” he said.

And he wants young people to learn a life-saving lesson from his story of substance abuse.

“If you can warn kids against it,” Kendall said, “that’s the big thing.”

The 21st annual Thunder in the Valley motorcycle rally will be a rockin’ place to be as two classic hard-rock bands are set to headline on June 22 and 23.

Sorry, there are no recent results for popular images.