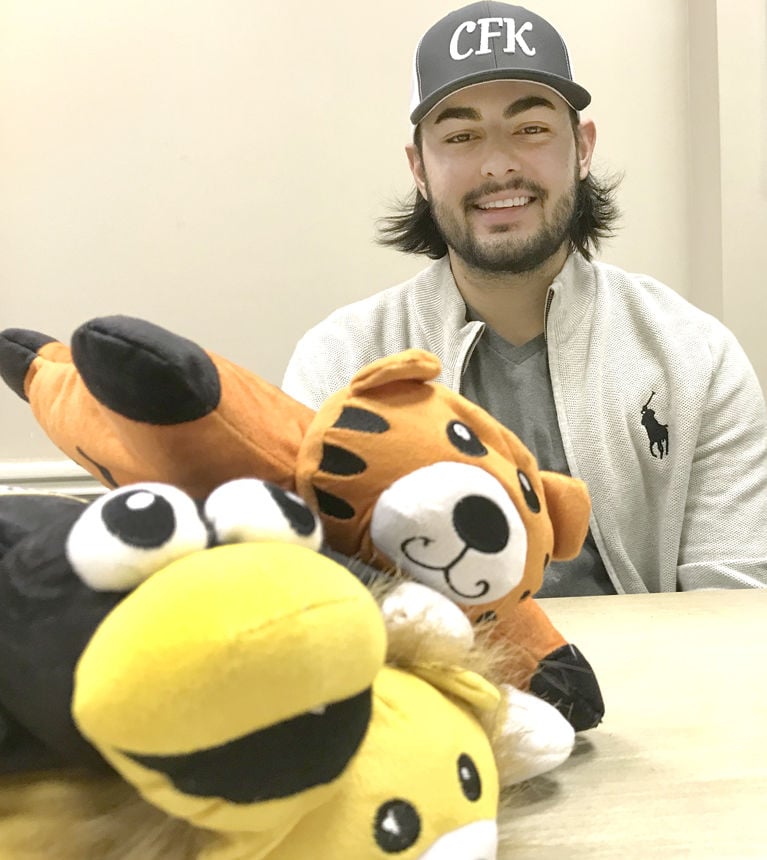 Conner Hagins, founder of Cuddles for Kids, has a line of stuffed animals produced in conjunction with the Pittsburgh Penguins Foundation. 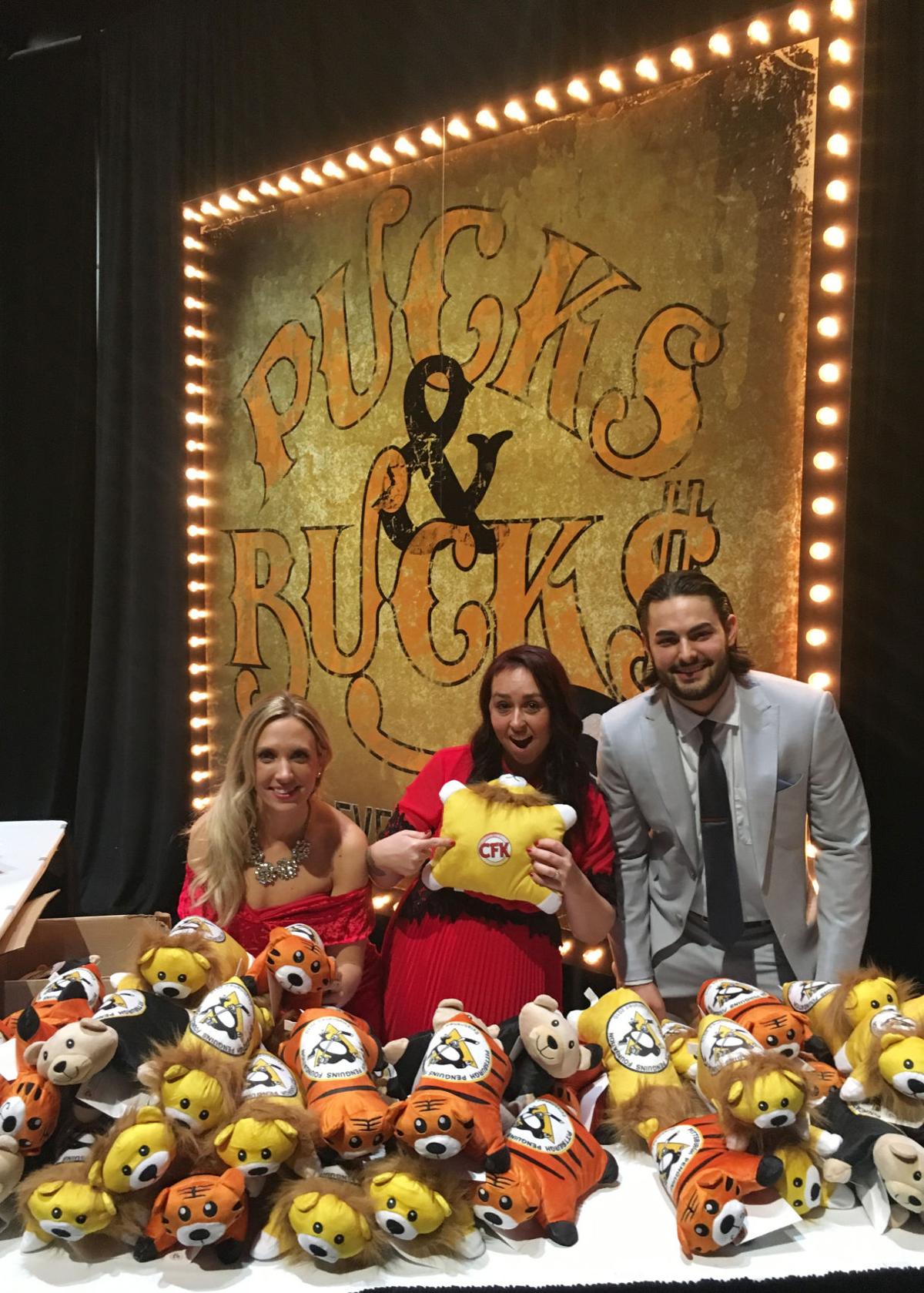 Amanda Susko, director of programs with the Pittsburgh Penguins Foundation, left, Jamie Esch, a volunteer with Cuddle For Kids, and Conner Hagins, founder of Cuddles For Kids, right, show new pillow pets at the foundation's "Night Of Assists" gala on Feb. 20, 2018, at PPG Paints Arena. 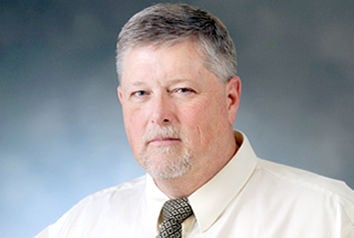 Conner Hagins, founder of Cuddles for Kids, has a line of stuffed animals produced in conjunction with the Pittsburgh Penguins Foundation.

Amanda Susko, director of programs with the Pittsburgh Penguins Foundation, left, Jamie Esch, a volunteer with Cuddle For Kids, and Conner Hagins, founder of Cuddles For Kids, right, show new pillow pets at the foundation's "Night Of Assists" gala on Feb. 20, 2018, at PPG Paints Arena.

A pair of Bishop McCort Catholic High School graduates and the Pittsburgh Penguins are teaming up to bring smiles to the faces of children facing hardship.

A 9-year-old Conner Hagins launched the Cuddles For Kids program a dozen years ago in a garage in Johnstown – collecting stuffed toys and books, and giving them to children at local hospitals.

Hagins is now a college junior, Cuddles For Kids is a full-blown 501(c)3 nonprofit organization, and his corporate partners include the Mario Lemieux Foundation and the Pittsburgh Penguins Foundation – with his toys rolling out across western Pennsylvania.

The latest Cuddles For Kids adventure is a line of stuffed animals produced in conjunction with the Penguins foundation. The animals are being sold to raise money for both programs and given away to children facing challenges.

“They came out great,” Hagins said. “This has been one of the biggest things we’ve done since we’ve been doing Cuddles For Kids.”

Hagins is working with another Bishop McCort alum – Amanda Susko, director of programs with the Penguins foundation.

“This really fits with our focus, which is helping kids,” Susko said. “It works well with everything Conner is doing, from the stuffed toys for kids to giving away bike helmets.”

The Penguins/Cuddles pillow pets line includes a lion, a tiger, an elephant, a bear and a penguin that looks a lot like a certain NHL mascot.

The Iceburgh stuffed animals were a hit at the foundation’s gala on Feb. 20 – with the real Iceburgh in attendance, Susko said.

Cuddles and the Penguins foundation each took half of the 5,000 pillow pets to distribute.

Susko said the animals are being given to children representing regional charities in the Sidney Crosby and Evgeni Malkin suites at PPG Paints Arena during hockey games, for example.

“We’re a small staff,” Susko said. “It’s been nice to have Conner and his team out there distributing the pillow pets on our behalf, too.”

Cuddles For Kids delivers to Children’s Hospital of Pittsburgh and Ronald McDonald House as well as Conemaugh Memorial Medical Center in Johnstown.

The animals sell for $10 each, and are available locally at the office of Dr. John Walker, 307 State St., Johnstown; Jet Lube, 3124 Elton Road, Johnstown; Room 1101 hair and nail salon, 1101 Francis St., Johnstown; and Hogue’s Fun Factory at the Galleria.

“Before college, I had no idea what I was going to do with this,” Hagins said. “After high school, my two big challenges were: Are you going to be able to keep doing this? And, are you able to take it to Pittsburgh?

“A lot of people are asking me: What’s next? I really don’t know. But it’s been really cool. I’m still a kid at heart with it.”

Upcoming Johnstown-area Cuddles For Kids events will include:

Pittsburgh Steelers linebacker Arthur Moats and his wife Shonda will be in town as honorary chairs of the event.

“They’re phenomenal people,” Hagins said. “Both of them have great personalities. A lot of people might see Arthur as the athlete, but he’s someone who really wants to give back.”

Those interested in participating or serving as a sponsor for the fun run event can visit www.cuddlesforkids.net.

• “Putting for A Purpose” golf outing, starting at noon on July 28 at Berkley Hills Golf Course on Goucher Street in Johnstown.

Bag lunches and prizes will be offered. Learn more at the website.

“Berkley Hills has been very supportive of what we’re doing,” Hagins said.

• Awarding of the Cuddles For Kids $500 scholarship for a high school senior in Bedford, Cambria or Somerset counties.

To be eligible, a student must maintain a 3.0 grade-point average and perform community service. A winner will be selected randomly from all eligible entrants.

“Ever since I got done with high school, this is something I’ve wanted to do,” Hagins said. “I’m glad I was able to make it happen in my hometown.”

But Hagins said he’s still moved by those special moments ...

Visiting a Johnstown teen who was battling cancer at a hospital in Pittsburgh – joined by Penguins player Bryan Rust.

Taking plush toys modeled after the Penguins mascot to ailing children – alongside Iceburgh himself.

“I’ve grown up with this, and the charity’s grown up a little bit,” Hagins said. “But we all have the same feelings as when we started it.

“At the end of the day, my family, all our volunteers – what we take away from this is the look on a kid’s face when he gets a gift.”

And those stuffed animals?

While journalists, law-enforcement agencies and service organizations have spent considerable time and resources tracking the opioids crisis through the activities of drug dealers and their customers, a missing piece of the national puzzle has been the role of pharmaceutical companies and over-prescribing doctors.