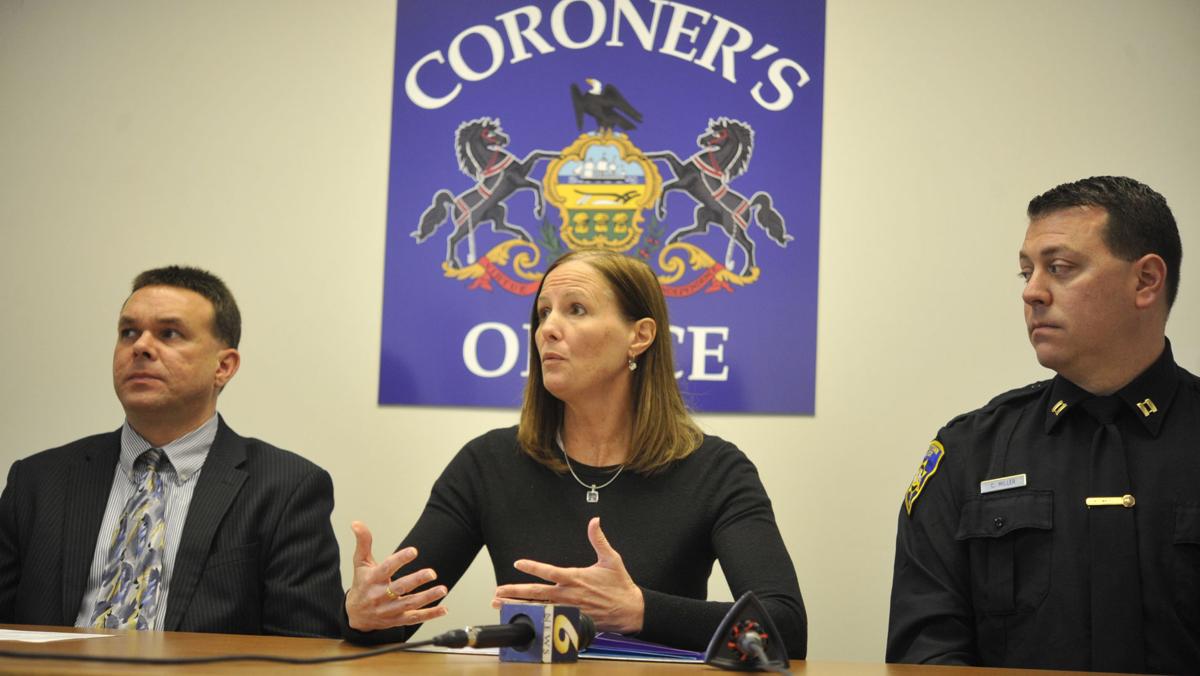 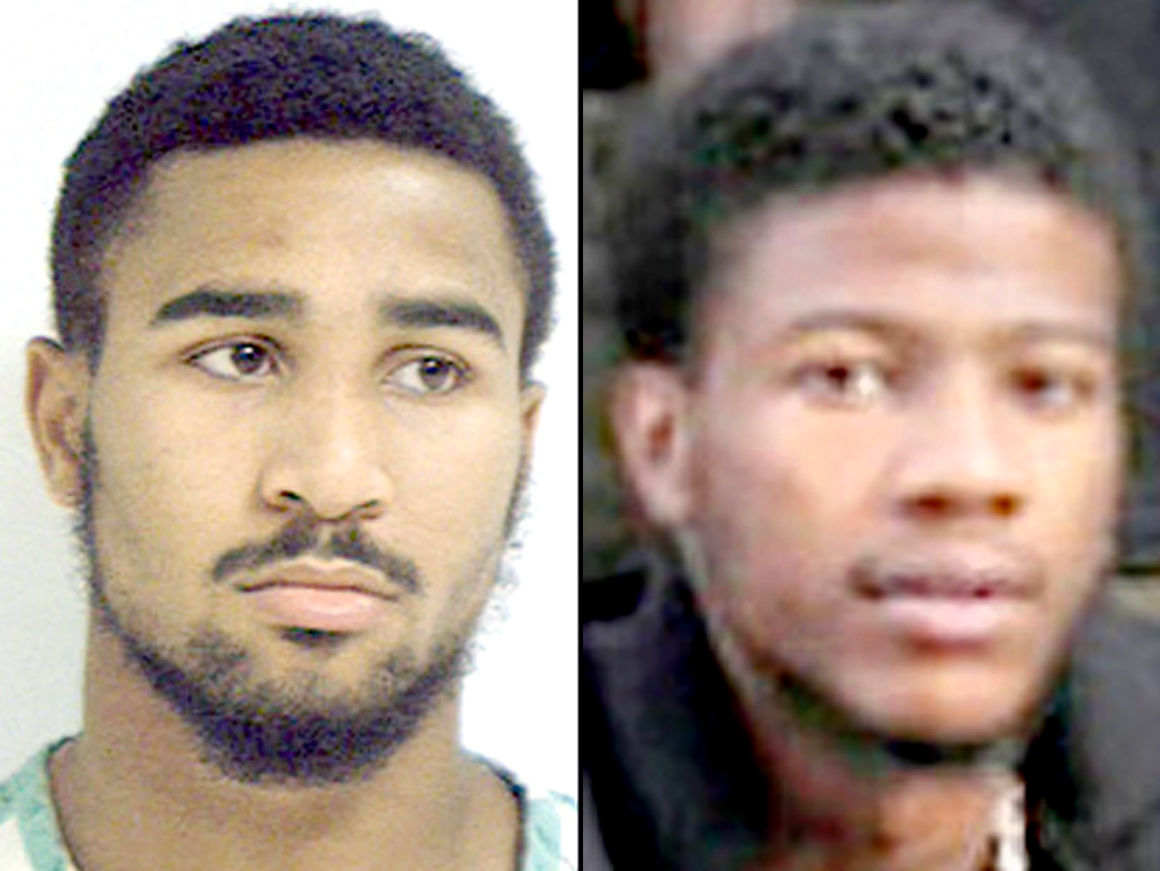 Homicide charges have been filed against a Hornerstown man and two alleged accomplices accused of gunning down a 24-year-old city man in front of his own surveillance cameras – and his family.

Jalen Gibson, 24, is accused of firing the fatal shot that killed Tevin Sitton on Monday evening in Dale Borough, The Tribune-Democrat has learned.

Gibson was a member of the "Moneyteam" rap group that has had three of its members shot or killed, two of them in unsolved Johnstown murders.

The lead suspect was identified by some of the "multiple" unidentified eyewitnesses who said they saw the shooting, which occurred in broad daylight on Von Lunen Road when a white Chevy Malibu pulled up and caught Sitton's attention in front of his residence, police said.

According to Cambria County District Attorney Kelly Callihan, surveillance footage captured at one of Sitton's neighboring properties showed Sitton walking toward the car – and the men he knew inside the vehicle.

Police identified Gibson as a back-seat passenger – and said they issued warrants for him and two others – the vehicle's alleged driver, Dennis Warren Manson, 23, and 25-year-old Clifford Keiheei Eddins, a front-seat passenger.

Manson and Eddins were taken into custody Tuesday evening.

"We got a tip on Manson, and Eddins turned himself in shortly thereafter," Johnstown police Sgt. Patrick Goggin said.

According to a criminal complaint filed late Tuesday, members of Sitton's family – including his five-year-old son – were within sight of the shooting.

Of the three suspects, Callihan said: "We are actively searching for their whereabouts."

A search warrant executed Monday night uncovered more than just video cameras, Callihan said. Handguns and drugs were seized from inside the same building, which is one of several properties in the city that Sitton owns, according to county property records.

But Callihan said it was too soon to tell whether or not the shooting was drug-related.

Police said they had no motive as of Tuesday and said it was not known if the shooting was directly linked to any other incidents of violence in the city. This was the third Johnstown fatal shooting of 2017.

Lees did not specify the caliber of the bullets that struck Sitton – or how many times he was shot, saying all details are part of an ongoing investigation.

All three suspects face charges of criminal homicide, conspiracy to commit the crime, aggravated assault and recklessly endangering another person.

Assault charges were filed for every person the men put in harm's way during the shooting, police wrote.

Gibson, the accused gunman, has lost three bandmates to gun violence over the past three years, including two – Zachary Andrews and Kyfen Jones – who were gunned down in separate incidents that remain unsolved.

A third Moneyteam member, Ravaunn Hardrick, also was shot in the West End the night Jones was killed, but recovered from his injuries.

City police said it was not known Tuesday if those incidents were connected with Monday's shooting.

Johnstown police Capt. Chad Miller said police confirmed that one of Sitton's Von Lunen properties has been a crime scene before.

Sitton owned a series of buildings on the road's 700 block. Monday's shooting marked the second time in four months that a shooting occurred at the site.

On Nov. 21, as many as eight shots were fired after a loud verbal altercation involving several people at the road's intersection with McMillen Street, police said at the time.

Elmo "Smitty" Smith – a family relative of Sitton's – was struck in that incident, but no charges were filed.

In late November, police said they had potential witnesses to the crime but described them as uncooperative.

And on Tuesday, investigators said they were aware of the connection and were investigating whether the two shooting cases were related.

"We're not even 24 hours into the investigation," Callihan said.

Just out of jail

One of the suspects – Eddins – spent nearly seven years behind bars. Most of that time was spent in state prison for his role in a botched burglary in Moxham that led to both Eddins and the victim being shot by another man.

According to online court records, he was apparently released from jail in late 2016.

Manson did not appear to have a criminal record locally.

Sitton also is a Greater Johnstown graduate and his Facebook page depicted him as a husband and father.

He regularly posted publicly about the city of Johnstown's struggles, saying in one post: "This town is only a place. It's the (people) in the town that make it what it is."

"Stay focused," he urged in a post the day before he was shot. "Stay away from the negative that (you are) knee deep in and keep pushing forward!"

Two weeks earlier, Sitton posted about a previous shooting in Hornerstown, telling friends he was at home when the incident occurred.

Online records show Sitton owns numerous properties across the city, including his Von Lunen Road buildings and three residences on the 200 block of Hickory Street.

He is listed as the owner of 704-706 Coleman Ave., the same area where police were sent Monday for a report of shots fired around 9 p.m.

Miller said he had no information on that incident Tuesday.

Callihan said police were looking into the Moxham report but had no update on the situation and said there was no immediate indication that the incident was related to the Von Lunen Road shooting earlier the same night.

Man gunned down in Dale Borough, later dies at hospital

One person was fatally shot Monday evening on Von Lunen Road in an incident being investigated as a homicide.

Johnstown police have found the car from which they believe the gunshots were fired Monday evening, killing 24-year-old Tevin Sitton – but they're still searching for the man who allegedly pulled the trigger.

‘Everybody has skeletons’: Sitton’s family wants ‘justice’ for shooting, says victim had faults but ‘a good heart’

Murder victim Tevin Sitton’s family understands it may appear the 24-year-old’s death was related to illicit activities, but they insist the man they know stayed away from trouble.

Dale Borough murder suspect turns himself in to Johnstown police

A Johnstown man charged in a fatal shooting that took place last month in Dale Borough turned himself in to police Thursday.

The mother and stepfather of murder victim Tevin Sitton have been arrested on charges they purchased stolen shingles for renovations at one of Sitton's Hornerstown properties.