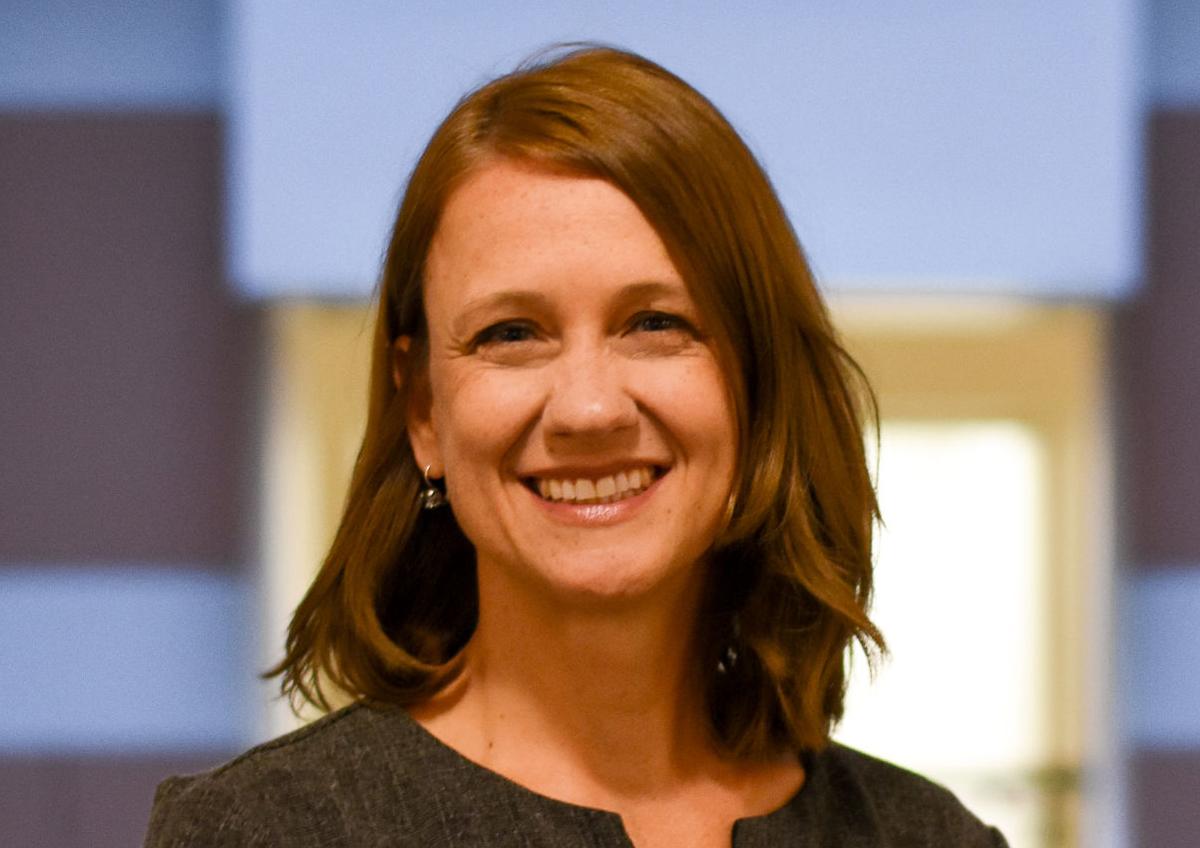 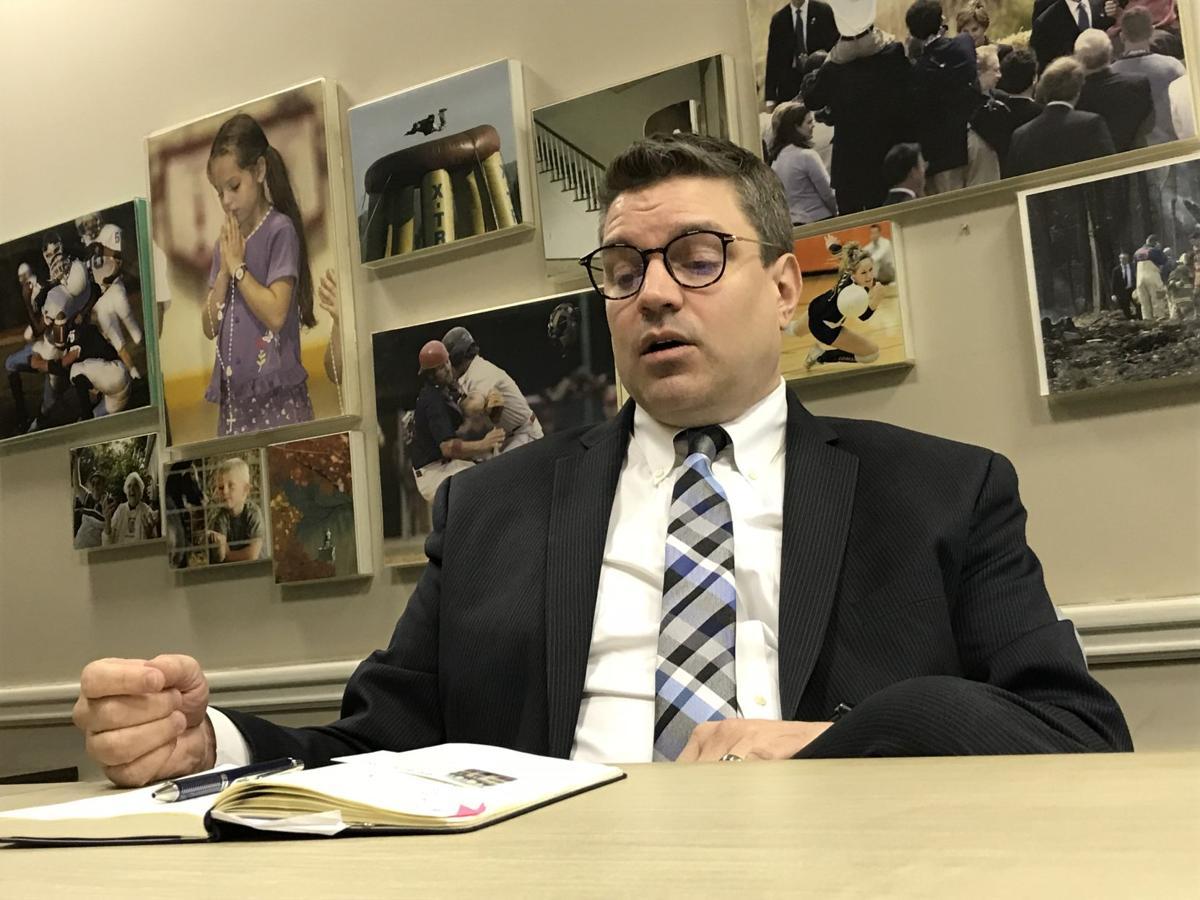 Willie “Billy” Oglesby, interim dean of the Jefferson College of Population Health at Thomas Jefferson University in Philadelphia, meets with The Tribune-Democrat on May 7, 2019.

Willie “Billy” Oglesby, interim dean of the Jefferson College of Population Health at Thomas Jefferson University in Philadelphia, meets with The Tribune-Democrat on May 7, 2019.

A new community health initiative announced Friday will provide community health workers to connect those at greatest risk of poor health to a network of agencies and providers throughout the region.

The Pathways Communities HUB Institute's model was selected by the Johnstown-based 1889 Jefferson Center for Population Health from proposals received last year in response to a request to reduce the region's rate of diabetes, the center announced Friday.

"The HUB model is a coordinated way to ensure people with complex health needs are connected to a range of local, existing services needed to improve and manage their health," the Population Health Center press release said, explaining that the network acts like air traffic control existing agencies addressing health and social service needs.

More than 40 communities have implemented the model from Pathways Communities HUB Institute of Mansfield, Ohio.

The 1889 Jefferson Center for Population Health is a partnership of Johnstown's 1889 Foundation and Thomas Jefferson University's Jefferson College of Population Health. Last year, the center developed community working groups to assess available assets and evaluate population health issues. The effort identified diabetes as the region's No. 1 issue and, in July 2018, requested proposals for evidence-based models to improve outcomes.

The HUB model was selected from the proposals submitted a year ago, but contract and networking issues delayed the announcement, center leaders said several times through the ensuing months.

Willie "Billy" Oglesby, interim dean for the Jefferson College of Population Health, hinted in a May interview at The Tribune Democrat, that the selected initiative offered a "hub" approach.

“It will be a large community-level project, several years in the making," Oglesby said in June. "We do expect it to have a pretty significant impact on the community.”

“Many of the risk factors for developing Type 2 diabetes – including a sedentary lifestyle, being overweight, and poor diet – are related to what are called the 'social determinants of health,' or the conditions in which we live,” Mann said. “For example, fast food is cheaper than fresh, healthy food, so if you're struggling financially you may not make the best dietary choices.

"The HUB model is designed to help people manage all of these factors.”

In a telephone interview, Mann said she is thrilled to see the HUB model come to Johnstown, noting its network can expand beyond diabetes health.

"It is going to be able to be replicated for so many other issues – mental health and other chronic illnesses," she said. "With the public health workers, we can not only help the individuals, but we can also get the families involved."

"The HUB is not just another program but rather a care coordination delivery system developed by a partnership among local agencies and an advisory committee," Oglesby said in Friday's announcement. "It is not intended to replace or displace agencies but to connect and support them to ensure individual needs are identified and effectively coordinated in the community."

When the Pathways Community HUB model was selected, it represented a change in direction for the two-year-old 1889 Jefferson Center, Oglesby said in May. The change prompted the departure of Trina Thompson, center executive director.

"This new project is going to be the primary focus of the center,” Oglesby said in May. “We want to focus on the right person for the large project.”

That person is McMillan, who most recently was Conemaugh's manager of strategic planning, coordinating the Community Health Needs Assessment that is used by numerous groups and funding sources to direct resources effectively.

“I am thrilled to join the 1889 Jefferson Center for Population Health and help with the development of the HUB model,” McMillan said. “It will take an all-hands-on-deck approach to improving the health of individuals in our region and I’m looking forward to collaborating with many local organizations to make a positive impact in our community.”

Community meetings have been scheduled for organizations to learn how to be part of the network.

Mann said leaders are looking for organizations, including care providers, that can take referrals, as well as agencies that can employ community health workers.

The meetings schedule is:

More information is available by contacting the center 814-535-5156 or CPHinfo@jefferson.edu.

Local agencies sought for diabetes center, seeking employees to work with those at-risk

Local human service and public health agencies have the opportunity to help lead a new initiative to address diabetes-related health and more throughout the county.