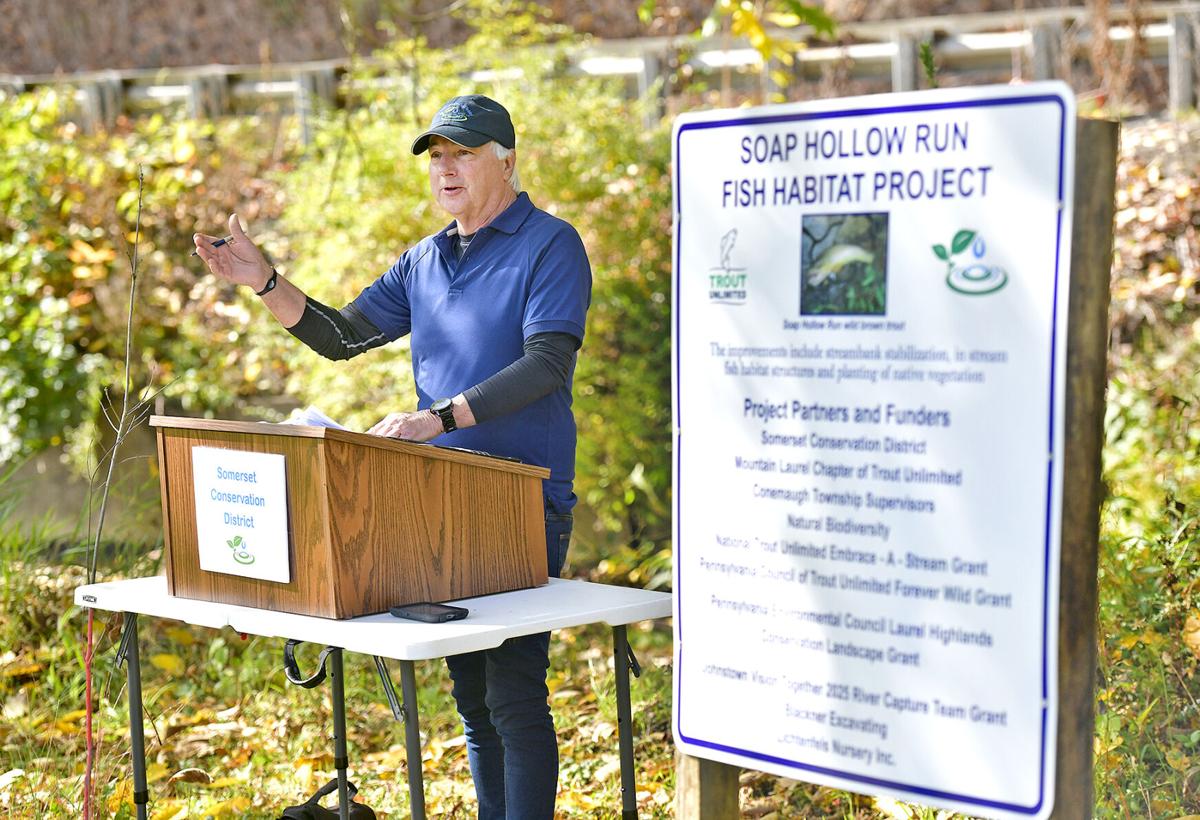 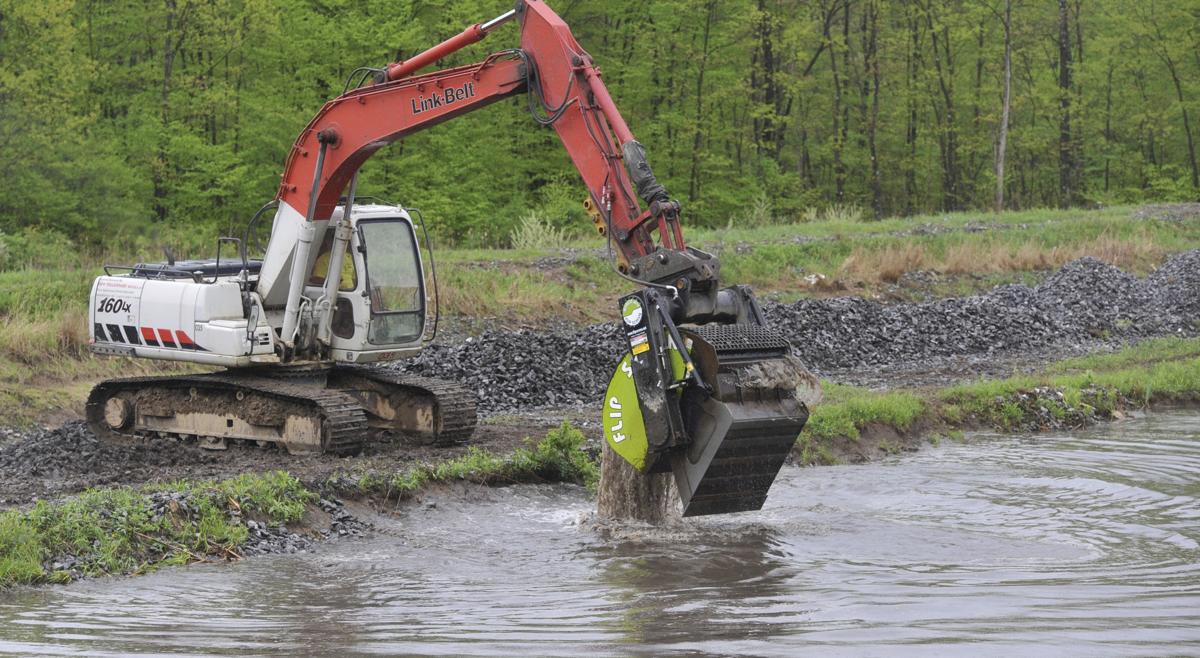 Earth Shapers of Ebensburg, Pa. was hired to clean the limestone rocks at “Site E” location of the Oven Run Rehab AMD Treatment System near Stoystown, Somerset County. Thursday, May 17, 2018.

Earth Shapers of Ebensburg, Pa. was hired to clean the limestone rocks at “Site E” location of the Oven Run Rehab AMD Treatment System near Stoystown, Somerset County. Thursday, May 17, 2018.

It’s a big reason the Johnstown-based nonprofit is pledging to match the first $1,000 in donations made to maintain an acid mine drainage treatment system needed to sustain the quality of a key Kiski-Conemaugh branch: the Stonycreek River.

“These treatment systems that have cleaned up our rivers are not without future costs and maintenance needs,” Beri said. “In order to maintain the tremendous progress that we’ve made in improving our rivers, advancing outdoor recreation, and improving our overall economies, we must all chip in (to) cover maintenance and rehabilitation costs.”

A trust fund established earlier this year aims to ensure a major mine drainage treatment system continues to operate properly for the Stonycreek River.

Here's how to support the cause:

The Oven Run Treatment System has been credited for playing the largest role in turning the Stonycreek from an acidic waterway to an alkaline river able to support quality fishing, kayaking and river tubing, among other draws.

In a partnership with the Community Foundation for the Alleghenies, the Somerset Conservation District established a trust fund in the project’s name last fall to ensure the four separate Oven Run sites they operate will be well-maintain for decades to come.

“The strength of the systems is that they have been and are effective. The shortcoming is that they only treat the AMD – not eliminate it,” he said. “The same thousands of gallons a minute of AMD that has flowed from the abandoned mine sources for over 100 years still flow today.”

And when those systems begin to fail as they age, “the only fragile safeguard that prevents the destructive forces of the AMD from once again inundating the Stonycreek is compromised,” he added.

Lichvar and Community Foundation for the Alleghenies officials indicated the opening of trout season served as a natural opportunity to promote the fund.

It also lines up with Conservation District Week for the week of April 18, with Earth Day celebrated on April 22.

“There may be no better method to participate in restoring our region’s portion of the earth than contributing to the Somerset Conservation District’s Oven Run Sites A, D, E and F Trust Fund that will assure that the essential, ongoing AMD treatment systems in the Stonycreek River watershed will continue to effectively function,” Lichvar said.

Beri said the Conemaugh Valley Conservancy remains a committed community partner in these efforts “and is excited to have this opportunity to help raise money for this fund.”