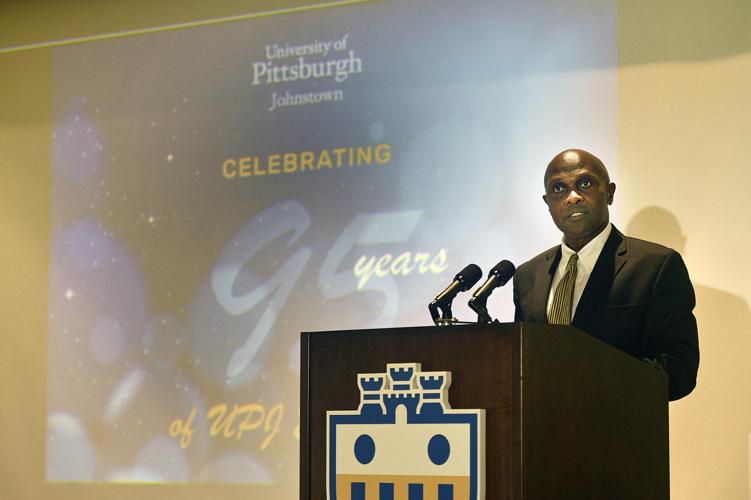 University of Pittsburgh at Johnstown President Dr. Jem Spectar speaks at the celebration of 95 years of UPJ Excellence luncheon on Thursday, September 22, 2022. 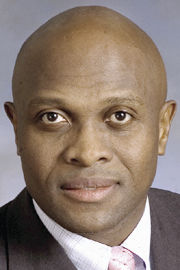 University of Pittsburgh at Johnstown President Dr. Jem Spectar speaks at the celebration of 95 years of UPJ Excellence luncheon on Thursday, September 22, 2022.

In a recent address to 50 new American citizens, Jem Spectar delivered a message that would serve as a timely reminder for all U.S. residents.

The president of the University of Pittsburgh at Johnstown, Spectar is a native of the African nation of Cameroon and a naturalized U.S. citizen.

He was the keynote speaker at a naturalization ceremony on Sept. 18 in Philadelphia – where “50 immigrants from across the globe” took the Oath of Allegiance to officially become citizens, according to the National Constitution Center.

And while much of his speech was about “the fun stuff” of being a U.S. citizen, he said, there is much more to understand and embrace.

“There’s housekeeping involved,” Spectar said. “A citizen at the very basic level is a keeper – a keeper of the republic.”

Spectar is making that point on his UPJ campus with a new civic involvement program, through which participating students can earn the American Democracy Scholar Certificate.

The program is led by Raymond Wrabley, a professor of political science and the chairman of UPJ’s Division of Social Sciences and Division of Business and Enterprise.

The effort – launched this fall – is a partnership with the National Constitution Center, and is designed to cultivate an “active and engaged citizenry,” according to a UPJ flier.

n an extensive interactive and integrative practicum in civic reasoning and discourse;

n opportunities for civic action through internships and field work to promote democracy.

In his address to those new citizens, Spectar evoked images of American ideals – from the Statue of Liberty in New York to the Liberty Bell just down the street from where he was speaking at The Constitution Center in Philadelphia.

He noted that those individuals taking the oath of citizenship were from 34 countries – “representing diverse cultures, races, religious traditions and unique perspectives into the great American melting pot.”

He told them: “With your varied experiences, knowledge and talents, you will enrich the fabric, color and texture of our national tapestry, contributing to this Great Mosaic called America, the Beautiful! As the inscription on our coinage reads, E Pluribus Unum: out of the many, one people.”

Spector outlined a six-step plan for what he called “effective housekeeping” – including:

1. Be a more informed, active and engaged citizen.

2. Cultivate the habits and dispositions of effective citizens.

Embrace and exhibit “certain essential habits and civic virtues, including being guided by reason over passion, prioritizing the common good over self-interest, and having greater civic trust.”

3. Embrace a culture of service and value those who serve to protect America.

Do your best “to strengthen your communities and civic organizations as well as through service in our military.”

“You will require civic faith and trust in American institutions and ideals, including the principles of the Constitution. This will sometimes be difficult … (and) does not mean turning a blind eye to the egregious violations and wrongs of the past.”

“Changes in our system often come too slowly. For example, while the Constitution was signed on September 17, 1787, and ratified the next year, Black slaves were not all freed until June 19, 1865, and it took a civil war!”

6. Have faith in the promise and possibilities of America

“In many ways, a secret sauce of American success is that Americans have historically been optimistic about the future. This attitude made it possible for Americans to defy the odds and achieve the seemingly improbable accomplishments that elevated our nation to a global superpower.”

Embiid, 28, graduated from a Florida high school, played a season at the University of Kansas and was drafted No. 3 overall in 2014 by the Philadelphia 76ers, according to a story from The Associated Press.

Embiid already held French citizenship and his girlfriend is from Brazil.

“I’ve been here for a long time,” Embiid said of his decision to pursue U.S. citizenship.

Spectar might respond that being a true American is no slam dunk – that there is much more to the responsibility these 50 new citizens have accepted.

And that’s just as true for those of us born into the blessed status of American citizenship.

“You woke up one day and here you’ve won the global lottery, you’re an American citizen,” Spectar told the group.

“But if your goal was just to get here, you’ve kind of missed the point.”

Chip Minemyer is the editor and general manager of The Tribune-Democrat and TribDem.com, GM of The Times-News of Cumberland, Md., and CNHI regional editor for Pennsylvania, Maryland, Ohio, West Virginia and North Carolina. He can be reached at 814-532-5091. Follow him on Twitter @MinemyerChip.

Based on her work helping families connect with services through the Community Action Partnership in Cresson, Chris Kunrod observed: