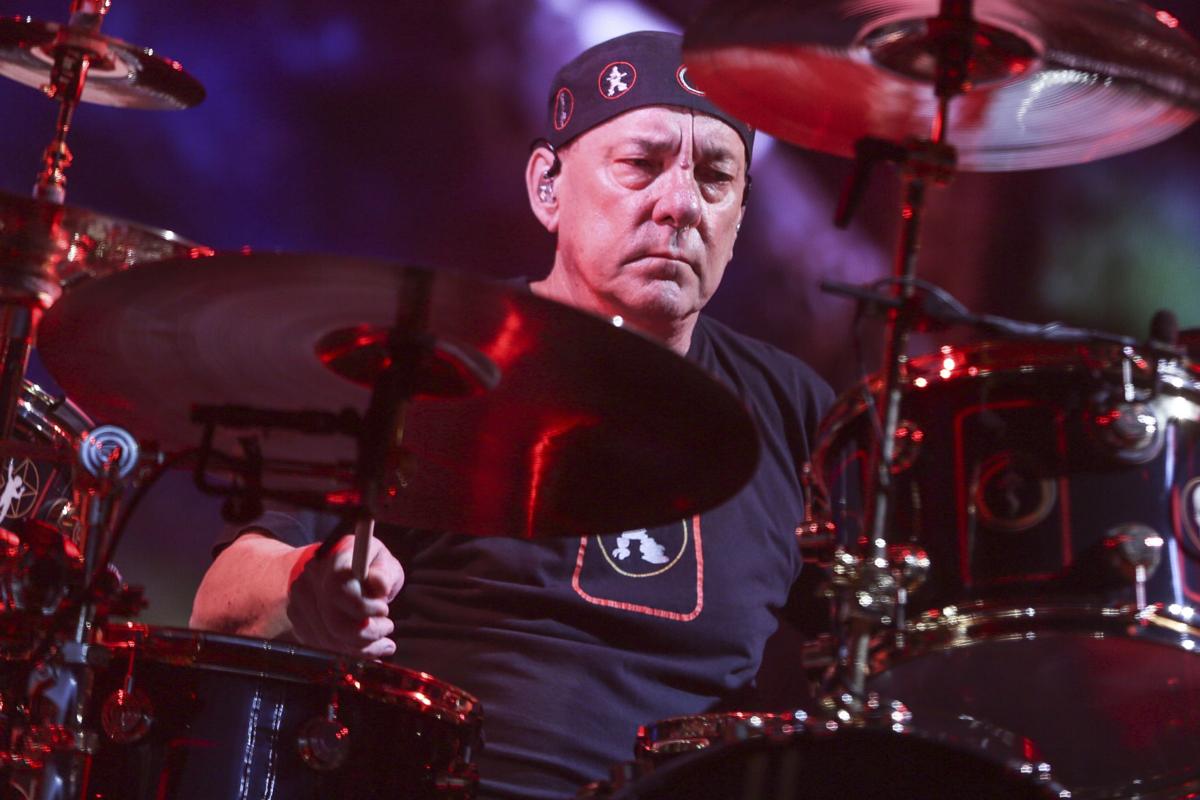 FILE - This Aug. 1, 2015 file photo shows Neil Peart of Rush performing during the final show of the R40 Tour in Los Angeles. Peart, the renowned drummer and lyricist from the band Rush, has died. His rep Elliot Mintz said in a statement Friday that he died at his home Tuesday, Jan. 7, 2020 in Santa Monica, Calif. He was 67. (Photo by Rich Fury/Invision/AP, File)

FILE - This Aug. 1, 2015 file photo shows Neil Peart of Rush performing during the final show of the R40 Tour in Los Angeles. Peart, the renowned drummer and lyricist from the band Rush, has died. His rep Elliot Mintz said in a statement Friday that he died at his home Tuesday, Jan. 7, 2020 in Santa Monica, Calif. He was 67. (Photo by Rich Fury/Invision/AP, File)

My father was dying in 1987 when the Rush song “Time Stand Still” first found my ears.

I was well aware of the genius of Neil Peart – a drummer without peer, a gifted lyricist whose topics covered a range of human interactions, the heartbeat of a powerhouse band whose musical depth was unmatched.

But this song was personal, and personally timely – both for the superstar entertainer whose career had passed its zenith, and for a young journalist thrust into adulthood.

“I’m not looking back – but I want to look around me now.

“See more of the people and the places that surround me now.

Peart quit touring a few years back due to chronic tendonitis – an Achilles-heel affliction for a world-class percussionist.

Then last weekend, Peart passed away at age 67, the victim of brain cancer – unable to freeze the moment for himself.

In an interview, Peart once said “Time Stand Still” was written about how the hectic touring life can impact relationships.

Could be any crazy career path.

“You start to think about the people you’re neglecting, friends and family,” Peart said, adding: “Instead of getting nostalgic about the past, it’s more a plea for the present.”

A rhymer and philosopher, Peart and Rush bandmates Geddy Lee and Alex Lifeson have given us lyrics that ...

• Reflected the business of entertainment (“For the words of the profits were written on the studio wall, concert hall – and echo with the sound of salesmen.”)

• Challenged political powers (“And the men who hold high places must be the ones who start to mold a new reality closer to the heart.”)

• Tackled social issues (“Why are little ones born only to suffer, for the want of immunity, or a bowl of rice?”)

• Portrayed illusions of life in the “Limelight” (“All the world’s indeed a stage, and we are merely players, performers and portrayers, each another’s audience ...”)

• Explored human interactions (“I knew he was different in his sexuality. I went to his parties as a straight minority. It never seemed a threat to my masculinity. He only introduced me to a wider reality.”)

• And sometimes simply blew my mind (“If you choose not to decide, you still have made a choice. ... I will choose a path that’s clear. I will choose freewill.”)

Since I learned of Peart’s death, Rush songs have dominated by drive time – from “Tom Sawyer,” “The Trees” and the well-known selections, to songs such as “Driven” and more obscure but no less remarkable tracks.

A line from the 1993 hit “Nobody’s Hero” suddenly had added significance: “When I heard that he was gone, I felt a shadow cross my heart.”

I’ve thought a lot about Peart – all that he gave the world, and what potential impact died with him.

And I’ve thought about my father’s passing, how that moment brought home like a cymbal crash the reality that time is a relentless master who doesn’t care what you wished you’d said before it was too late.

The state last week released the results of a new study – with findings that are neither groundbreaking nor surprising: