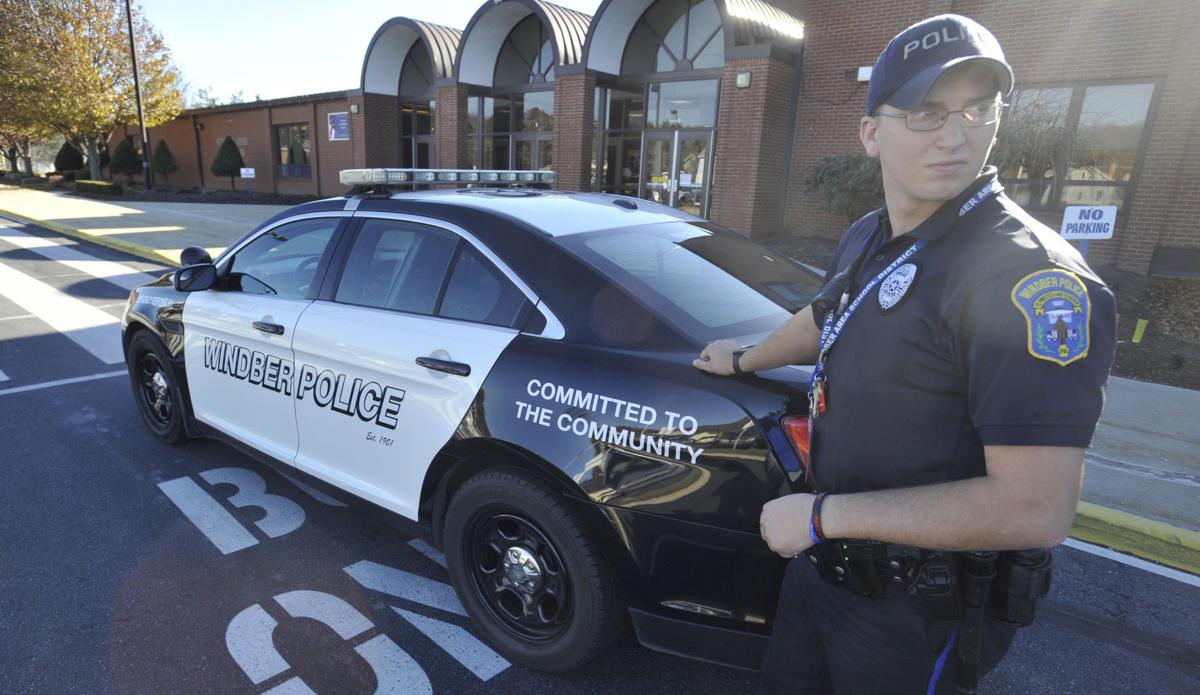 Wirick had just started in his role as a resource officer with Windber Area School District. He said many might have the perception that the job involves breaking up fights and arresting problem kids, while in reality his duties were more often “helping these kids get through their daily lives” – giving the students someone to talk to and letting them see that police officers aren’t the enemy.

“Unfortunately, today’s view of law enforcement isn’t good,” he said then. “If I’m on the street patrolling somewhere in town, there’s probably no way that a student who doesn’t know me is going to run over and tell me when something happens.”

That statement is even more true three years later, as some schools consider moving away from having resource officers amid calls for police reforms related to the Black Lives Matter movement, driven by the in-custody deaths of George Floyd in Minneapolis and Rayshard Brooks in Atlanta.

“That officer does much more than provide a police presence,” city Chief Robert Johnson said. “He’s a dad to some of the kids. He’s a mom to some kids. That officer builds a lot of bridges and breaks down a lot of barriers.”

Petitions to remove police from schools have popped across the country – including in Pittsburgh to the west and State College to the east.

While modifying some aspects of these programs might be worth exploring – such as the officers carrying firearms – removing the officers from those settings would do more harm than good in communities working to improve relations between their departments and their communities, and especially between police and Black residents.

“The school officers get to know these kids, and it’s very beneficial to the school and to the community in general,” Johnson said.

Johnstown police Capt. Chad Miller was a school resource officer at Greater Johnstown for more than a decade.

In that 2017 project, Miller described a key difference between a patrol officer and one walking a school’s hallways:

“On the street, you’re reactive. You’re responding to calls. As a resource officer, it’s proactive.”

That might mean stopping an altercation between students before it happens.

It can also mean developing a positive relationship with those young people who might one day encounter an officer on the street – or even be drawn to police work as a profession.

One of the criticisms the Johnstown department and many others face is a lack of minority officers – especially in communities with significant Black populations.

Johnstown has no Black individuals among its 38 active officers, although about 23% of the city’s population is Black or bi-racial, according to U.S. Census data.

This past week, the department ran a “help wanted” ad in The Tribune-Democrat telling readers: “Applications are now being accepted for the position of police officer with the Johnstown Police Department.”

Candidates must successfully complete a physical agility test at 8 a.m. on Friday, July 24, at Greater Johnstown High School. Applicants who pass the agility test would then need to score 70% or higher on a written exam, given immediately after the physical testing.

The department’s ad notes: “The City of Johnstown is an Equal Opportunity Employer and encourages women and minorities to apply.”

The department will soon add two more officers, thanks to a $250,000 grant from that U.S. Department of Justice’s Office of Community Oriented Policing Services Hiring Program. That will cover about half the costs for two full-time officers with benefits for three years.

The current search could provide candidates for those state-supported positions, the Johnstown chief said.

Filling current and future vacancies will be a tall order, given the national angst about police, Johnson said. Recruiting and hiring candidates who will help close that race gap could be even more daunting – but important nonetheless.

“Given the current environment, it’s going to become more difficult to find police officers,” Johnson said. “Finding minority candidates has always been challenging. We are trying to attract candidates from our community.

“We realize that it’s important to have a police department that looks like your community. We understand and appreciate how vital it is to have minority officers in our department.”

In 2017, Miller described an encounter with a former student who announced: “Hey, Officer Miller, I’m starting in the academy in January. I’m going to be a police officer.”

Removing police from schools would not only make those buildings less safe, it would negatively impact the relationships between law enforcement and their communities and especially local kids – including potential future officers – just when those connections are more important than ever.

Racism is a patient evil.