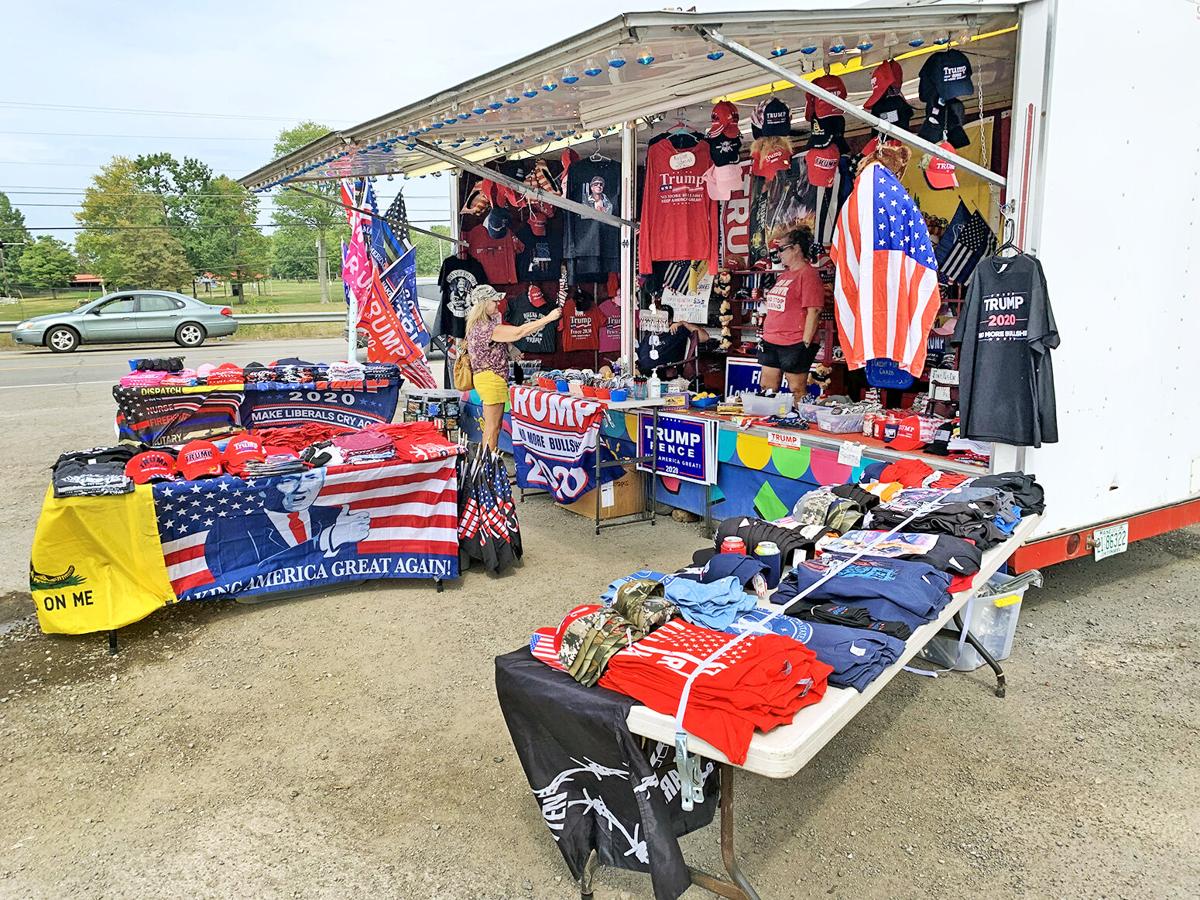 A customer looks over Donald Trump merchandise Wednesday, Aug. 26, 2020, at a roadside stand along Route 422 near Butler.

A customer looks over Donald Trump merchandise Wednesday, Aug. 26, 2020, at a roadside stand along Route 422 near Butler.

Anyone who might be thinking Pennsylvania – a so-called “swing state” in the presidential election – is tilting away from its support of President Donald Trump need only drive along some of our rural highways for a dose of reality.

While Democrats, led by nominee Joe Biden, will presumably dominate the southeastern corner of the state up through Allentown and the Pittsburgh area, the rest of Pennsylvania is largely pro-Trump.

I drove this week from Johnstown to The Herald, our company’s newspaper in Sharon, on the Ohio border.

Much of the journey was along Route 422 through Indiana, Armstrong and Butler counties. The road meanders through small communities such as Elderton, Ford City, Shelocta, and Worthington – and past larger towns such as Butler and Kittanning.

If yard signs are an indicator of votes, Biden is losing that stretch of Americana about 400 to 1.

In 2016, Trump took Pennsylvania by less than a percentage point over Democrat Hillary Clinton.

But in the western half of the state, and along the 422 corridor, Trump was a clear and comfortable winner – with 74% of the vote in Armstrong County and more than 66% in both Indiana and Butler.

On Wednesday along Route 422 just west of the town of Butler, a vendor was set up and selling pro-Trump merchandise.

Those who stopped by could choose from T-shirts and banners bearing the message “Trump 2020 No More Bull----,” flags depicting the president looking a lot like John Rambo, complete with a high-caliber firearm; as well as bumper stickers, flags, yard signs, buttons, drink koozies and – of course – bright red hats.

No one in that area appeared to be selling Joe Biden or Kamala Harris gear.

My guess is you’d have to drive a long way to find such a roadside shopping experience for the Democrats.

A young woman at the Trump merchandise trailer said she was looking forward to her first presidential election.

She said she was signing people up to vote (I informed her I was already registered, but thanks anyway) and she said she had gotten one person to switch from Democrat to Republican just a few minutes earlier.

So what dos it all mean?

• 38% of registered voters in the state say Trump is doing an “excellent” or “good” job as president.

“He outperforms his overall job rating on the economy, with 45% rating him positively for creating jobs,” the pollsters said. “His ratings on foreign policy and immigration are similar to his overall rating, while his ratings for handling the COVID-19 outbreak, improving health care and protecting the environment are well below his overall rating.”

In late July, Biden was leading Trump among registered voters in Pennsylvania, 50% to 41%, according to F&M data.

In a new F&M poll released this past Thursday, Biden’s edge had slipped slightly: 49% to 42%.

“Excluding Allegheny County, Trump leads in the Southwest by 13 points, mostly in the counties he won in 2016,” Madonna said.

Asked about all those signs, flags and posters along Route 422 and elsewhere in rural Pennsylvania, Madonna told me: “Chip, as you know, yard signs are not scientific.”

He added: “Trump should win his base. The question is: by the same margins as 2016?”

In a little more than two months, we’ll find out.

My latest trip out to one of my favorite bass-fishing waters was largely missing an important element. Water.