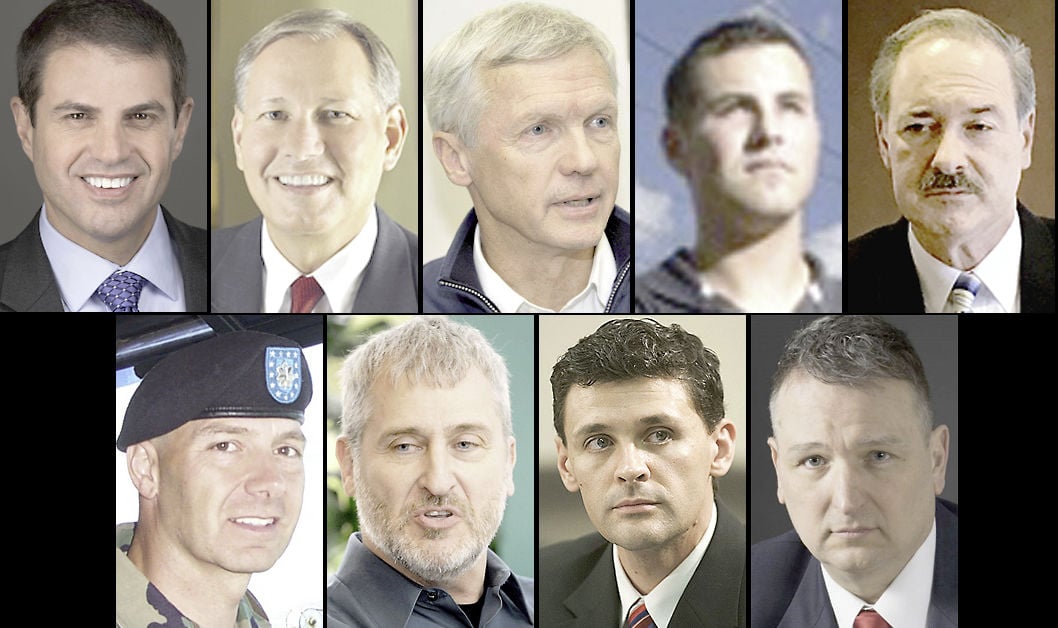 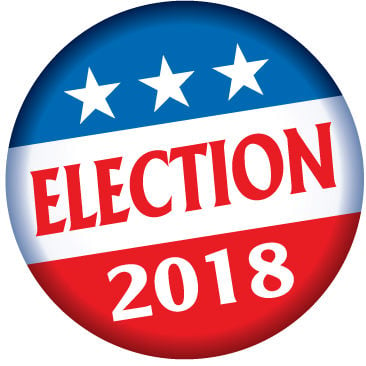 The 13th Congressional District has the second most amount of candidates, among all of Pennsylvania’s 18 U.S. House of Representatives districts, during this year’s primary election.

Eight Republicans and one Democrat are trying to become the representative for the new 10-county district that includes all of Somerset and Bedford counties, along with parts of Cambria and Westmoreland. The field started growing large once U.S. Rep. Bill Shuster, R-Everett, announced he did not plan to seek re-election in the current 9th District, much of which was redrawn into the new 13th for this election cycle.

The following is information sent by candidates in response to The Tribune-Democrat’s questionnaire, except for Bernie Washabaugh, who did not submit answers.

Republican candidates appear in the order they will on Tuesday’s ballot.

Relevant experience: Public service including two terms on Hollidaysburg Area School Board, two terms on Penn-Mont Academy School Board, and several terms on Hollidaysburg Area Public Library board, including being a four-time president. At St. Francis: various short-term administrative assignments, such as associate dean of the School of Arts & Letters, dean of General Education, and faculty athletics representative, along with many terms on the Faculty Senate, including being three-time president.

General political philosophy: “Congress has become dysfunctional because of extremists who are unwilling or unable to work across the aisle.

“I am a pragmatic moderate with a reputation for leadership that brings people together to solve problems following robust, fact-based debate – in other words, a breath of fresh air that can help revive our democracy.”

Key issues: “My main concern is Washington’s War on the Future.

“For too long, we’ve elected politicians whose definition of the word ‘future’ is ‘from now to my next election.’ As a result, we’ve been moving in the wrong direction on the crucial issues we most need to get right: health care, education, environment and economy.

“Our nation’s wealth gap between the richest 10 percent and the rest of us is larger than it has been since the Roaring ’20s – and as we know, that did not end well. Yet this irresponsible Congress just passed a breathtakingly irresponsible tax package that will worsen that situation while saddling future generations with unprecedented debt – to go along with an illogical health care quagmire and a coming climate crisis that endangers our health, economy and security interests.

“There is a better way.”

General political philosophy: “Common sense conservatism. If it makes sense and helps people, then pass it. You can do this without sacrificing your morals or values.”

Key issues: “The biggest issue I see in government is that politicians have no attention-to-detail skills at all when it comes to reading or writing legislation.

As a Marine Corps veteran, my attention to detail skills are superb and allow me the ability to seek out hurtful parts of legislation that may harm people and the country overall.”

General political philosophy: “I have a proven track record of standing up for the conservative values we share. As an elected state representative, I refused the lavish legislative pension. I’ve never voted for a tax hike and never will. My voting record is 100 percent pro-life and I’ve earned the NRA’s “A” rating. I wrote the bills that abolished the death tax on family farms and small businesses. And I will continue standing up for you, the hardworking taxpayer, as your congressman.”

Key issues: “Jobs and opportunity for our citizens are being crushed by big government, oppressive red tape and high taxes. Without the opportunities our past generations had available to thrive and succeed, many talented young people are fleeing our area for more prosperous regions or falling into dangerous despondency. These conditions, along with breakdowns in traditional values and increasingly fractured family structures, create the kind of environment where drug abuse, welfare abuse and crime spiral out of control. We must fight back by enacting policies that cut the size and scope of government, reduce taxes and unnecessary regulations and defend our constitutional liberties, so we can once more unleash the power of our free-enterprise system to grow jobs and lift people permanently from poverty to prosperity.”

General political philosophy: “It breaks my heart that after 30 years of military service that I am passing the nation to my son less prosperous, less free and less good than how I received it from my father. It’s time for the men and women of Pennsylvania to rise up and say no to career politicians. The government is crushing the middle class, driving small businesses out of the market and forcing our farmers to sell off their precious livestock and land to make ends meet. I want the government off of our backs and out of our wallets. This must end now.

“We will start by rolling away regulations of the ever-growing tyranny of Washington, D.C., and rein in the oppressive mandates of government bureaucrats. With this, I see a future where together we restore American greatness and bringing God back to our great land.”

Key issues: “Washington, D.C. is overrun by lobbyists and career politicians. Before Washington can effectively serve the people, we must fix Washington. That will be achieved by restoring Congress to a citizen-led body of term-limited individuals who receive no lavish perks - just as our founding fathers intended. Also, we must enact a lifetime ban on lobbying by former congressmen. Once the swamp is drained, we can advance the America First foreign policy and economic patriotism of our founders, which means: building the wall; bringing our jobs home from China and Mexico with fair trade; and focusing our military might on the defeat of our truest threat – ISIS – by disentangling ourselves from regional conflicts that pose us no harm. It is imperative that we repeal Obamacare to free up doctors to provide affordable, patient-centered care. We must make the tax code simple and fair. We must defeat all attempts to weaken the Second Amendment and religious liberty. I will fight for the Pain-Capable Unborn Children Protection Act to help save unborn children from the abortionist’s knife. I will fight for national reciprocity for concealed-carry licensing among law-abiding gun owners. And I will defend religious liberty.”

Key issues: “I will fight for pro-life, pro-gun, pro-Constitution and pro-taxpayer initiatives. I will honor commitments to our seniors and not call them entitlements. I will repeal Obamacare to deliver more affordable health care. I will lead the mission for strong national security and military readiness. I will defend against dangerous immigration, reform immigration and secure our borders. I will stand firm, so Congress lives within its means. I will work to alleviate the dairy crisis. I will deliver jobs to PA by promoting the free market and reciprocal trade deals putting Americans first. I propose selling Infrastructure and Border Security ‘America First’ bonds to Americans.”

Relevant experience: Practicing doctor for the past 26 years, serving patients from all 10 districts in Pennsylvania’s 13th.

Key issues: “First, I believe that any veteran should be able to walk into any hospital in the United States and get the care they deserve. Period. As a doctor who worked for the U.S. Navy, who is married to a veteran, I am very passionate about veterans’ health care.

“Second, I will work hard to make President (Donald) Trump’s individual tax cuts permanent. It’s time that the workers of central PA have someone who will put them first, not the special interests and corporations. Third, I will fight hard to completely dismantle Obamacare. As a doctor, there is no one better prepared for this fight than I am.”

“I have been instrumental in defeating higher taxes on individuals and businesses alike, and would fight to make the federal tax cuts permanent for all Americans. As the Education Committee Chair, I see an extremely expensive system that underperforms and doesn’t fulfill our workforce needs. The Common Core curriculum is harming our children. We have to better prioritize our infrastructure decisions, making the completion of Route 219 reachable and looking at the expansion of broadband internet through rural Pennsylvania. We must reverse the destruction of the family, the erosion of religious liberty, and preserve the sanctity of human life at all ages. My record is clear on these and other issues. I have stood up to the power brokers and reformed the system in Harrisburg. It’s time to take the fight to Washington and use my proven experience for positive change.”

2 Democrats to battle for spot in 15th district race

Most of Cambria County unexpectedly got placed into the newly formed 15th Congressional District when the Supreme Court of Pennsylvania redrew the commonwealth’s district map shortly before the upcoming primary.