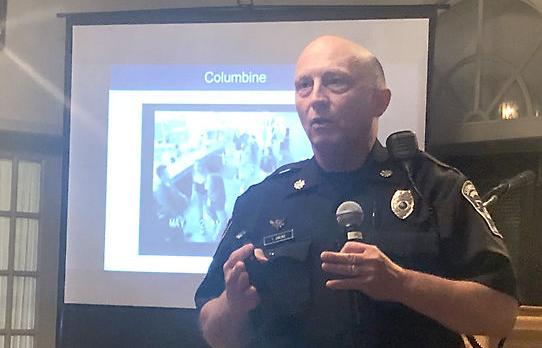 Tom Owens, commander of the Cambria County SERT Team and a police officer with Stonycreek Township, presented the program “Active Shooter Training: How to Prepare, Stay Safe and Survive” on May 15, 2019, during WIN luncheon at Sunnehanna Country Club in Westmont. 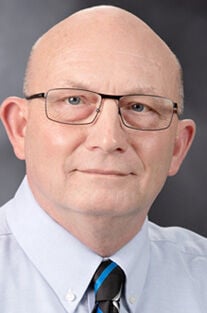 Tom Owens, commander of the Cambria County SERT Team and a police officer with Stonycreek Township, presented the program “Active Shooter Training: How to Prepare, Stay Safe and Survive” on May 15, 2019, during WIN luncheon at Sunnehanna Country Club in Westmont.

The complaint lists Tom Owens, the Stonycreek Township Board of Commissioners and the Cambria County Board of Elections as defendants. Owens, a Stonycreek Township police officer and deputy sheriff, is seeking the Democratic nomination for sheriff in the May 18 primary election.

The complaint was submitted Monday on behalf of the listed plaintiff, John A. DeBartola, of Johnstown, by attorney Jesse D. Daniel, of the Daniel Law Group, of Indiana Borough.

The complaint alleges that Owens “engaged in improper conduct in violation of applicable law by being a candidate for election to the position of Cambria County Sheriff while simultaneously being employed by Stonycreek Township as a police officer.”

Stonycreek Township’s status as a first-class township means that its police force is subject to the protections and proscriptions of the Civil Service Act.

The complaint further states that one of the legislatively mandated causes for removal under the law applicable to first-class townships is if the police officer “engages or participates in the conduct of a political or election campaign for an incompatible office,” while noting that the language appears in the township’s civil service rules as grounds for disciplinary action.

DeBartola’s suit is seeking a mandatory injunction directing the Board of Elections to to remove Owens’ name from the ballot for the primary election or for the township to terminate Owens’ employment as a police officer, given that he is engaged in campaigning and electioneering conduct.

The defendants have 20 days to take action upon receiving notice.

Owens told The Tribune-Democrat that he had not received official notice of the complaint as of Monday afternoon, and he declined to comment.

A call for comment was made to the Stonycreek Township Municipal Building and a message was left with a member of the office staff, but was not immediately returned.

Daniel did not return a voicemail message left on Monday afternoon.