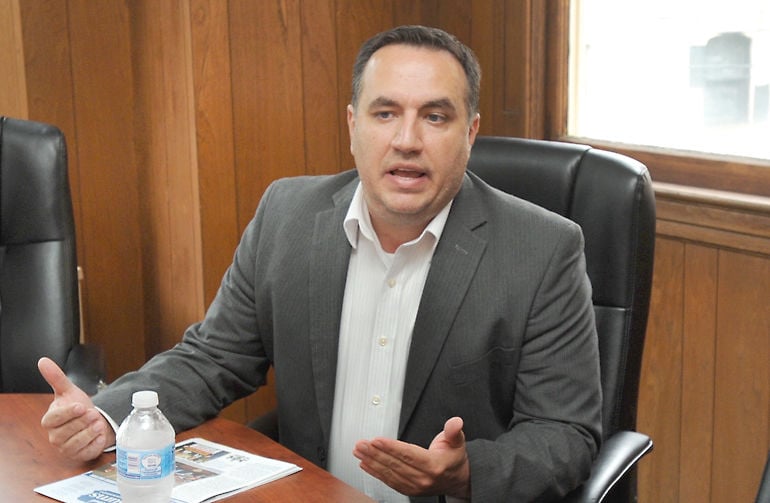 State Rep. Frank Burns, D-East Taylor Township, discusses a variety of issues during a meeting at The Tribune-Democrat on Wednesday. 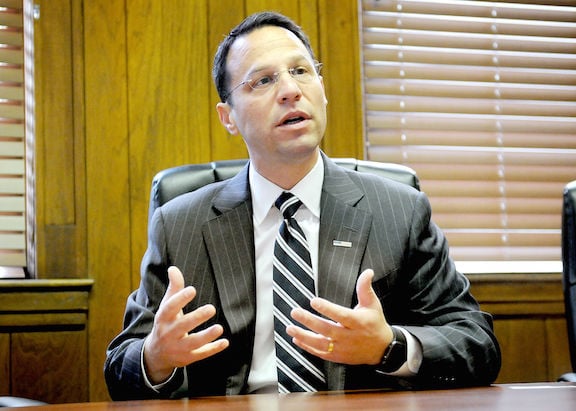 State Rep. Frank Burns, D-East Taylor Township, discusses a variety of issues during a meeting at The Tribune-Democrat on Wednesday.

In a press release issued Monday, Burns said he acted on recent federal data confirming Cambria County as having the highest number of opioid pills shipped to its residents.

In his letter to Shapiro, Burns said from 2006 to 2012, nearly 3.1 billion painkillers were shipped to Pennsylvania, with Cambria County receiving the highest per-capita rate of 61.5 pills per resident each year.

“Given the depth and magnitude of the prescription abuse here, I hope that you will ensure any restitution obtained from Big Pharma lawsuits flows proportionately to Cambria County,” Burns’ letter says.

Burns said he’s long supported holding pharmaceutical companies accountable for overzealous marketing of opioids and urged the state to file such lawsuits two years ago, a move since undertaken by Shapiro.

To make sure Pennsylvania succeeds in receiving damages from big pharmaceutical companies, Burns said a fair share of the money should flow to hard-hit rural areas instead of being funneled to big cities.

“As the county with the highest number of pills shipped per capita, we are in the greatest need of financial resources to reverse this trend and combat this life- and family-destroying problem,” Burns wrote to Shapiro. “As your former House colleague, I continue to stand ready to work with your office to achieve our common goal of ending the scourge of opioid prescription abuse.”