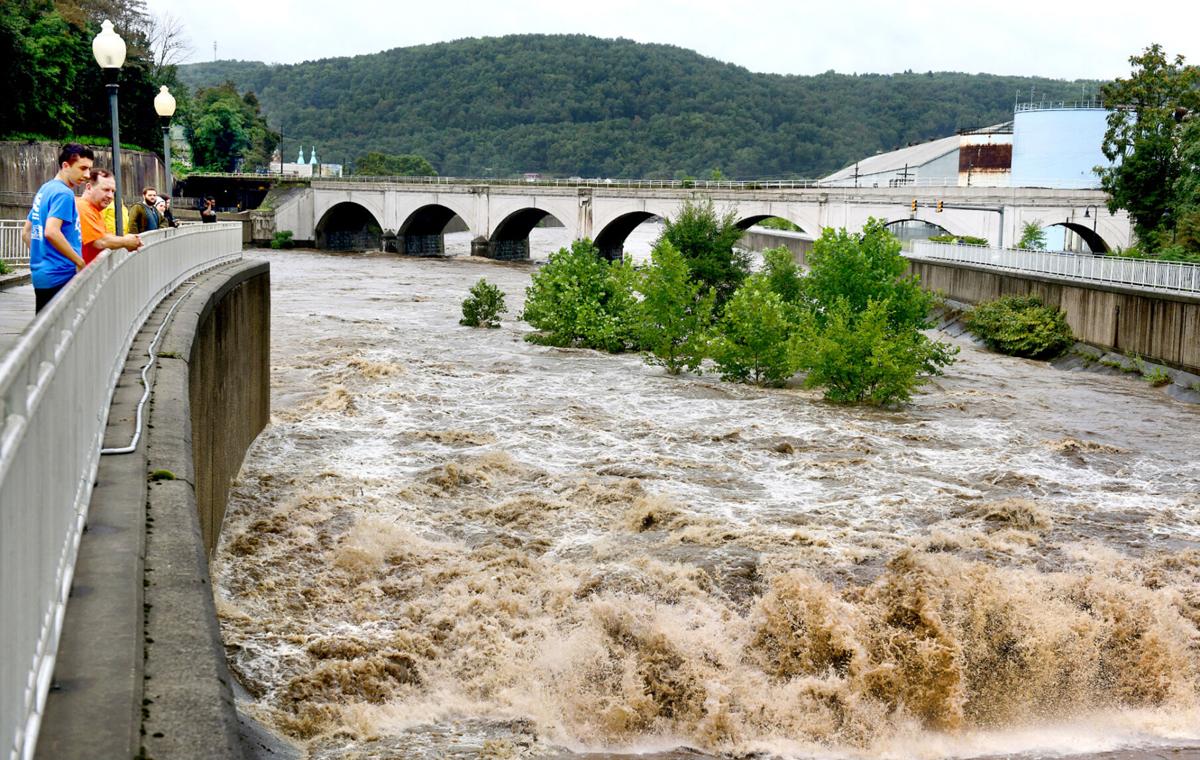 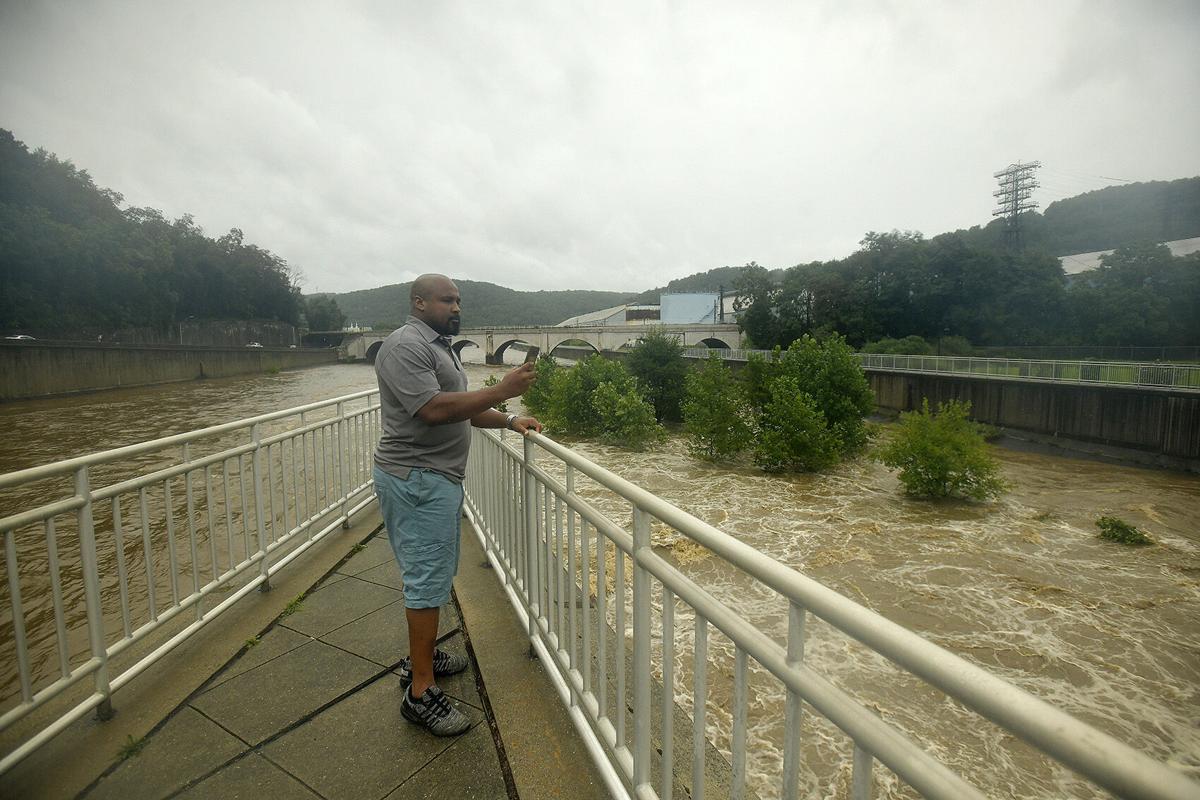 Jason Hardwick of Johnstown grabs some video of the swift moving Little Conemaugh River at the Point in Johnstown on Wednesday, September 1, 2021.

JOHNSTOWN, Pa. – Rose and Bob Barger, of Southmont, leaned against the railing at The Point on Wednesday and looked down at the rushing water of the Little Conemaugh River.

“All this turbulence of the water in front of me brings back memories,” Rose Barger said.

She went through the 1977 flood of Johnstown when she was living in Dale Borough.

Rose Barger added that the rapids in the river resembled what she remembered of water rushing down the street.

When the remnants of Hurricane Ida swept through the region, the Bargers knew they wanted to see the height of the water.

They were joined by about a dozen others who made their way in and out of the park in the late afternoon Wednesday.

Rose Barger said it was “eerie” to see how high the water was and how fast the current moved.

Her husband added that he was just glad it wasn’t as high as it could have been.

Another onlooker, Jason Hardwick, of Moxham, said he was having lunch downtown when he heard about the evacuation of Wilmore, Summerhill and other municipalities downstream from the Wilmore Dam.

Residents were advised to leave their homes after the storm caused water to overflow the structure.

He saw high-water photos of downtown Johnstown on social media and decided to see it for himself.

“I wanted to take note – but stay safe while doing so,” he said.

Dorothy Truscott, an Old Conemaugh Borough resident and another survivor of the ’77 flood, wanted to see how that event compared to the high waters of Wednesday.

She said the way the rapids were moving reminded her of 44 years ago.

“This is bad,” Truscott said.

Hydrology data for the area show that Wednesday’s weather wasn’t all that unusual.

Chris Coughenour, assistant professor of geology at the University of Pittsburgh at Johnstown, said the National Weather Service reported, as of 2 p.m., that the region had received 3 inches of rain in the previous 12 hours and around 4.4 inches in 24 hours.

He also looked at National Oceanic and Atmospheric Administration data and determined that, based on the 12-hour rate, the area gets a storm such as Wednesday’s every 10 years while the 24-hour data suggest there’s a 20- to 25-year return period.

Additionally, there haven’t been any large spikes in the data either.

“Most of it has been a quarter of an inch, half an inch an hour,” Coughenour said.

During the 1977 flood, there were several hourly totals above 1 inch of rain during a 12-hour period.

Coughenour said the last time a large-weather event moved through the region was in 1996.

At that time there was around 15,000 cubic feet per second of water that went down the Little Conemaugh.

That’s the 15th-highest reported stage in terms of the discharge for the river.

The river walls through East Conemaugh can handle 28,000 cubic feet per second – and when that waterway connects with the Stoneycreek the manageable amount goes up.

In the afternoon as the rain let up, Coughenour went to the site of the former South Fork Hunting and Fishing Club, where he and a team of students and colleagues have been studying the Little Conemaugh watershed.

“This is the highest I’ve seen it here in the four years we’ve been doing research,” he said.

Hundreds of people were evacuated across parts of Wilmore, South Fork and Summerhill Borough on Wednesday as a powerful storm lifted Wilmore Dam's levels and sent a continuous flow of water into the Little Conemaugh below.