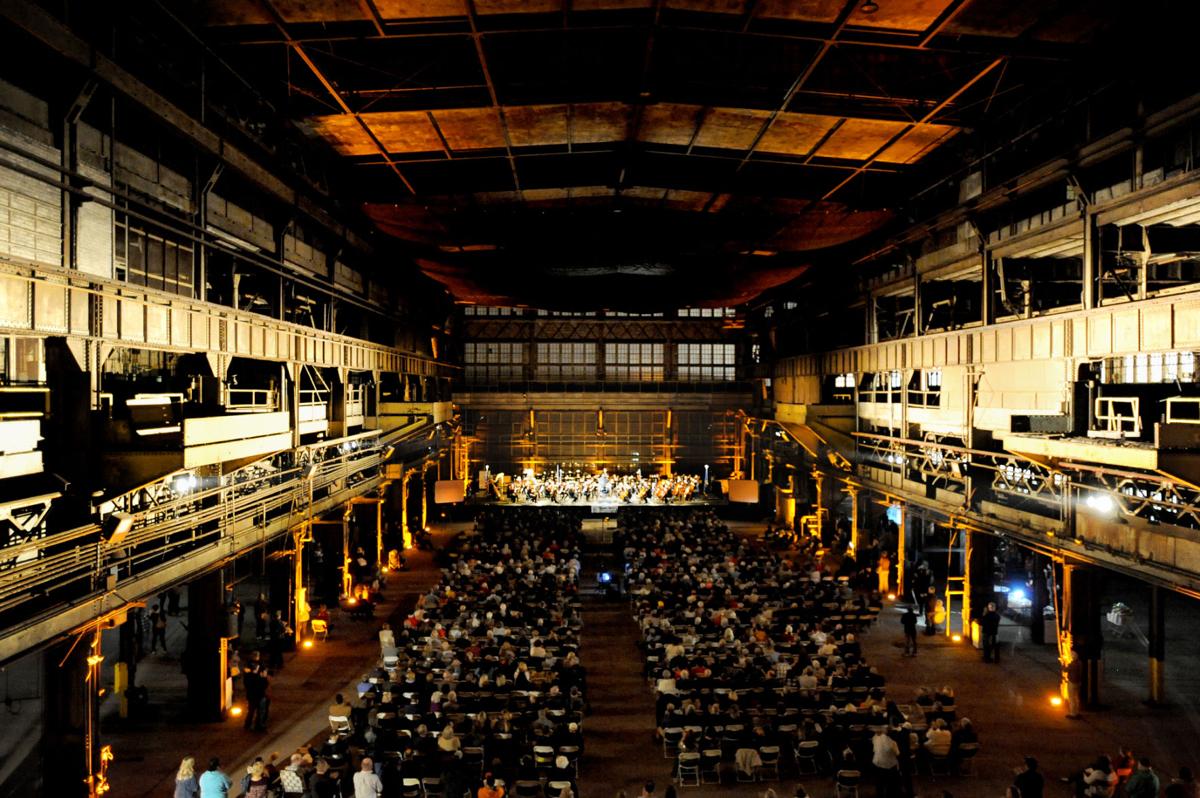 A packed audience listens to the Johnstown Symphony Orchestra perform on Friday evening, Oct. 20, 2017, at the Machine Shop of the Lower Cambria Iron Works. 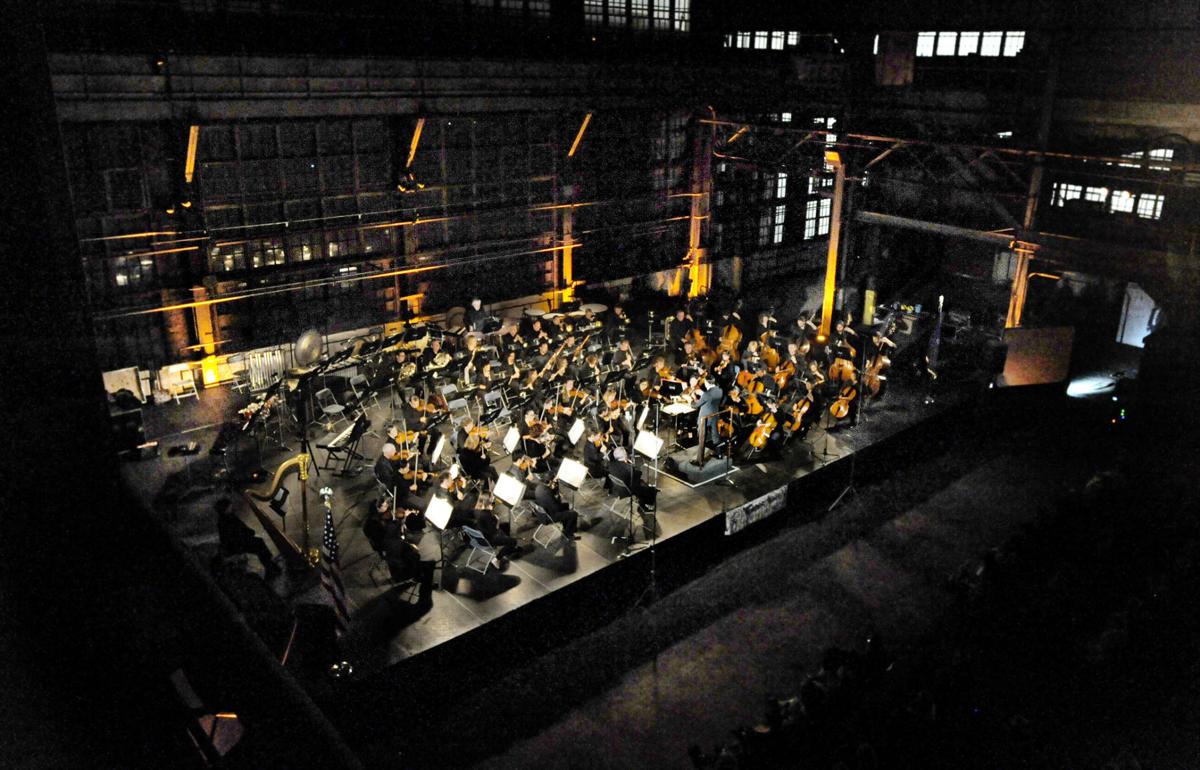 The Johnstown Symphony Orchestra performs on Friday evening, Oct. 20, 2017, at the Machine Shop of the Lower Cambria Iron Works.

Longtime Johnstown resident Dave Harris had never attended a concert by the Johnstown Symphony Orchestra, but that all changed on Friday evening as he and other members of the community made their way to the Lower Cambria Iron Works Machine Shop for a free performance by the JSO.

“I’ve lived in this area for years and this is the first time that I’ve been to one of these shows,” Harris said.

“They honestly put on a great show. I’m kind of mad that I waited this long to see a show.”

Friday’s free concert was an attempt by Maestro James Blachly to bring the symphony to the city, utilizing a huge piece of the area’s history – the steel industry.

During a performance of Leonard Bernstein’s suite from the movie “On the Waterfront,” a film provided by Richard Burkert and the Johnstown Area Heritage Association of two divisions of Bethlehem Steel was shown.

“I thought the film was a great idea,” Harris said. “It really brought everything together.”

The film was shot just two weeks before those divisions closed in 1992.

The Johnstown Symphony Orchestra performs on Friday evening, Oct. 20, 2017, at the Machine Shop of the Lower Cambria Iron Works.

Travis Lodolinski, of Richland Township, said it was the event’s venue that lured him down to the concert.

“The venue is breathtaking,” Lodolinski said.

“The lighting and how they have everything set up is absolutely gorgeous.

“You can look around and you see the old wiring and everything that was left here from what Johnstown once was,” he said.

It’s kind of an insight of what Johnstown could be, and there’s a lot of people in the business world of Johnstown that hope to be a part of that transition.”

Friday’s concert began with Aaron Copland’s “Fanfare for the Common Man,” followed by pieces from Samuel Barber, Franz Schubert, and Bernstein. Together these classical compositions told a story of strength, perseverance, optimism and resilience.

“The greatness of Johnstown is unfinished,” said Blachly during the concert.

“A lot of people complain that there is nothing to do in Johnstown, but this wonderful,” Taylor said. “You have to be open-minded and willing to be introduced to something new. There’s something for everybody. You just have to get out and look for it.”

From the 1860s until the 1990s, the powerful, industrial sound of metal striking metal – minute after minute, hour after hour, day after day, week after week, month after month, year after year, decade after decade – sounded throughout the blacksmith shop by the Conemaugh River in Johnstown.

This year we are celebrating what we call “My Johnstown Symphony.”