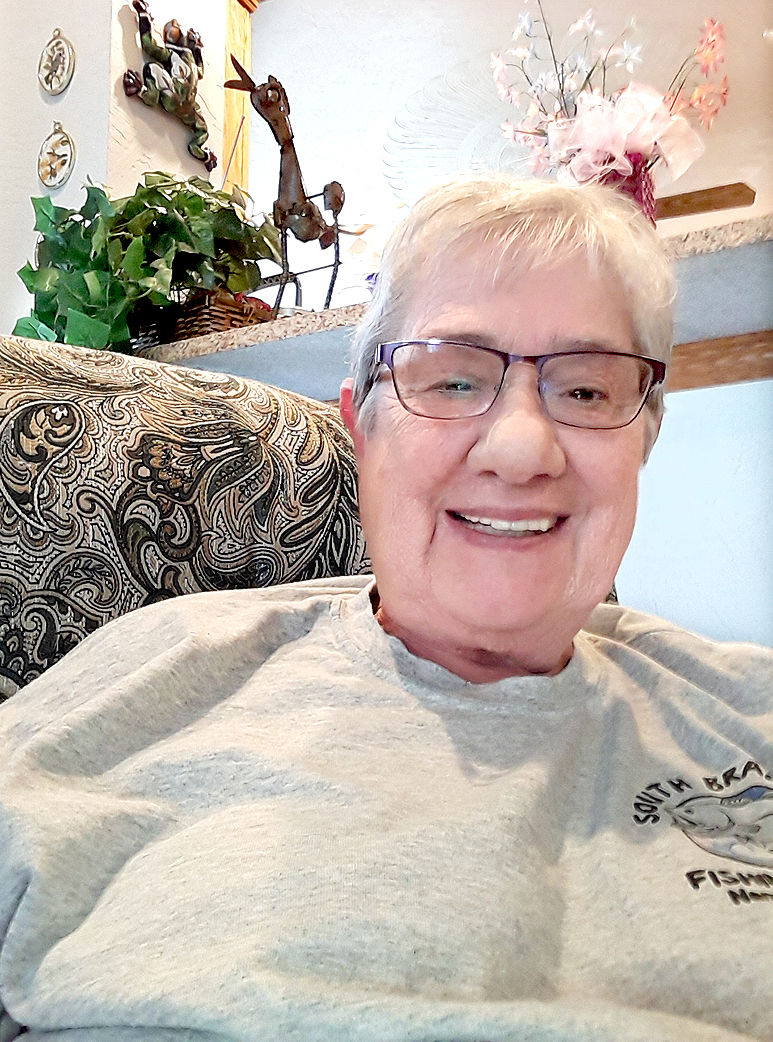 The 75-year-old said the early detection of breast cancer is likely what kept the disease from spreading throughout her body.

“I’m sure if we had ignored it for another year, it probably would have spread and then I would have been dealing with chemotherapy and so on and so forth,” McGraw said. “You really have to do the mammograms and you really have to have a good breast doctor.”

McGraw went for her annual mammogram in June, which is something she has been doing since the age of 19. But this time, something was different, she said.

“Something showed up on it. It was inconclusive and they wanted further studies,” McGraw said. “So my family physician recommended that I go directly to Dr. (Patti) Stefanik with it.”

After receiving some consultation from Stefanik, McGraw underwent an ultrasound and biopsy, which both came back inconclusive, but something was just not sitting right with Stefanik.

“She said, ‘I am not at all satisfied with this. This does not look right. There’s something going on here.’ So we did an MRI,” McGraw said.

The results of the MRI were once again inconclusive, which continued to frustrate both McGraw and Stefanik who was convinced that something was being left undetected.

A lumpectomy was then scheduled, later performed, and “low and behold, it came back that it was cancer,” McGraw said. “I truthfully believe that if I had just let it go – I might not have lived.

“Dr. Stefanik has had so much experience with seeing what cancerous tumors look like that I guess when she sees something she just feels good or bad about it,” she said. “She just knew that there was something wrong, and she didn’t give up.”

McGraw met with an oncologist soon after discovering she had breast cancer, and immediately started radiation treatments in November. She  continued to receive radiation for a few months, before being declared cancer-free in January.

While McGraw still has to take an anti-cancer medication, the Cambria County native is happy to be able to put her time with the disease behind her.

“All my life I feared getting my mammograms,” McGraw said. “Every year I would be scared to death, but when I finally got the word that I did, in fact, have cancer, I think I handled it pretty well.

“It is so important to have a kind and generous doctor. Dr. Stefanik puts you at ease immediately,” she said. “So you relax and you put it in her hands. Her experience is what caused her to not accept the results of my tests.

“I really attribute my getting through so easily to her cautiousness and her experience.”

McGraw is now an advocate for breast diagnosis and screenings and encourages women to keep up with their mammograms and other preventative measures.

According to the U.S. Department of Health and Human Services, regular mammograms are the best tests doctors have to find breast cancer early, sometimes up to three years before it can be felt.

“A mammogram won’t necessarily detect a tiny little tumor, but it will tell you that there is a change in the consistency of the tissue, and that will lead you to next step,” McGraw said. “It’s worth it, just to know that something isn’t quite right.”

And while many physicians encourage woman to begin scheduling their annual mammograms at the age of 40, McGraw advises women to start their annual breast cancer screenings at an earlier age.

“I have three friends now that have daughters who had breast cancer and two of them died. They were in their 30s,” she said. “I don’t know why they seem to think you don’t have to do it until a certain age.

“I really believe in mammograms,” McGraw said. “It saved my life.”