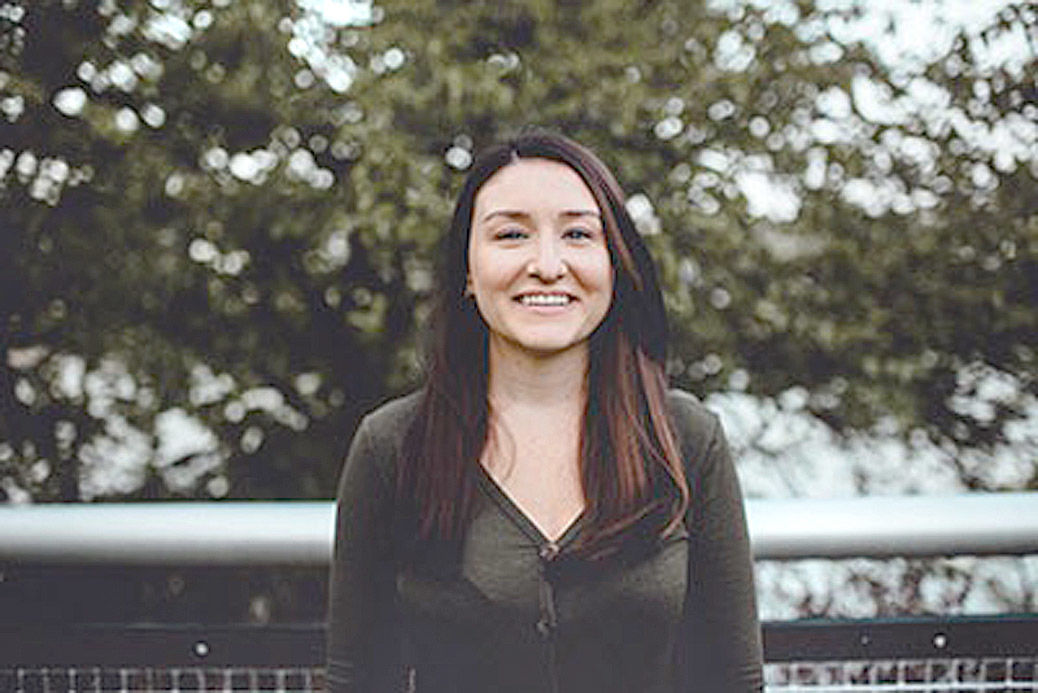 Katelyn McClain, who graduated from Bishop McCort Catholic High School in 2009, says she is trying to move forward after having breast cancer surgery in January.

Katelyn McClain, who graduated from Bishop McCort Catholic High School in 2009, says she is trying to move forward after having breast cancer surgery in January.

When Katelyn McClain, 28, was diagnosed with breast cancer in 2018, her thoughts immediately became less about herself and more about her 3-year-old daughter.

“It was pretty terrifying to be 27 and not expecting something so life-changing, and especially not knowing if it could be deadly,” McClain said. “I’m a young mother, and I didn’t want to even think about not being there for my daughter.”

The Johnstown native’s journey with breast cancer began with her almost ignoring one of the most common signs of the disease.

“I felt a lump, but I brushed it off,” McClain said. “I would have never imagined that it could have been cancer.”

McClain, a 2009 Bishop McCort Catholic High School graduate, eventually went for her annual gynecological exam in November 2018. During her appointment she began to discuss having another child with her doctor, which is something that she wanted to begin to plan for.

“I was telling her how I wanted another baby and was going to get off of the birth-control pill, but as she started to do the examination she felt the lumps that I had actually forgot about at the time,” McClain said.

McClain’s gynecology exam quickly went from routine to an ultrasound, mammogram and a biopsy – all in the same day.

“I was all over the place that day,” she said.

Nearly two weeks later, McClain received a telephone call confirming what she had hoped to not hear.

The Greensburg resident was diagnosed with ductal carcinoma in situ (DCIS), which is the presence of abnormal cells inside a milk duct in the breast, and considered the earliest form of breast cancer.

With doctors not knowing if they were dealing with invasive Stage 1 cancer or not, they decided to move forward with an MRI, which showed that McClain’s tumor was the size of a golf ball.

McClain then waited for her surgery in January to find out if she would have to receive any chemotherapy treatments. Following her bilateral mastectomy procedure, it was determined that the breast cancer had not spread.

“I was very very fortunate for that,” McClain said. “They said there were only three microscopic cells that they found and they didn’t want to do radiation or chemo because they felt that it would be considered overkill.

“So they just went ahead and started me on Tamoxifen for five years, which is going to reduce the hormones in my body because it was hormone receptive,” she said. “It’s something you have to deal with for the rest of your life, when you have a breast cancer diagnosis, but at the same time I think I am better off because it’s not something that is actively making me sicker or feeling like my quality of life has decreased.”

While it hasn’t been confirmed that McClain’s use of birth control pills caused her breast cancer, doctors said the pills were definitely feeding the cancer.

“That’s what caused the growth to be so outstanding,” McClain said.

Following successful surgery, McClain is living her life cancer free. She said the support that she received from her fiance and family was a bright spot during her dark times battling the disease.

“My mom stayed with me for the whole entire time after my first surgery,” McClain said. “She was here for like a month at my house, and had to take off work to help me. So I was really grateful for that.

“I had a really great support system.”

McClain now lives each day with more meaning as she keeps her positive outlook on life intact.

“I’m just glad that I didn’t have to go through the chemo and all of that,” she said. “I’ve been doing really well just trying to stay positive about it, because the way I look at it is you can either get down on yourself and let it consume you – and I see a lot of people that do that because I am a social coordinator for UPMC Community Health Choices – or you can have a positive outlook and faith in God.

“Now I’m trying to move forward and think of the fact that I am grateful to have my daughter and the rest of my health is still intact.”

Operation Pink Lobster: Through Sunday, Red Lobster at 525 Galleria Drive in Johnstown and 3330 Pleasant Valley Blvd. in Altoona. Throughout the week, both locations will collect donations using pink boots and sell pink paper boots to post in the lobby of the restaurants. All donations benefit Joyce Murtha Breast Care Center at Chan Soon-Shiong Medical Center at Windber.

Ferndale Pink Out: The Yellow Jackets’ pink-out events are sponsored by the varsity cheerleaders, who sell T-shirts in advance, have a bake sale at the game, and sell pink items to raise money for the Joyce Murtha Breast Care Center at Chan Soon-Shiong Medical Center at Windber. The football game will be on Saturday against Shade, with the players wearing pink items on the field, and the other school is invited to join them in wearing pink.

Westmont Hilltop Pink Out: The Hilltoppers will play their pink-out game on Saturday against Greater Johnstown. The football players don’t wear pink items, but do participate in all the activities. Cheerleaders and fans are encouraged to wear pink that day.

Central Cambria Pink Out: The school has decided to have one pink-out shirt for the entire district with each sport (fall, winter, spring) having its own pink-out night/event. Football’s night is Friday against Bishop McCort.

Penn Cambria Pink Out: Activities are set for Friday, when the Panthers host Richland.

Meyersdale Pink Out: On Friday, with North Star on the schedule, the Red Raiders will celebrate “Beat Cancer Night.”

In The Spotlight | ‘Such a wonderful thing’: Salon owner offers wig service for cancer patients

Niccola Henry has a passion for making women beautiful, especially if they’re undergoing treatment for cancer.