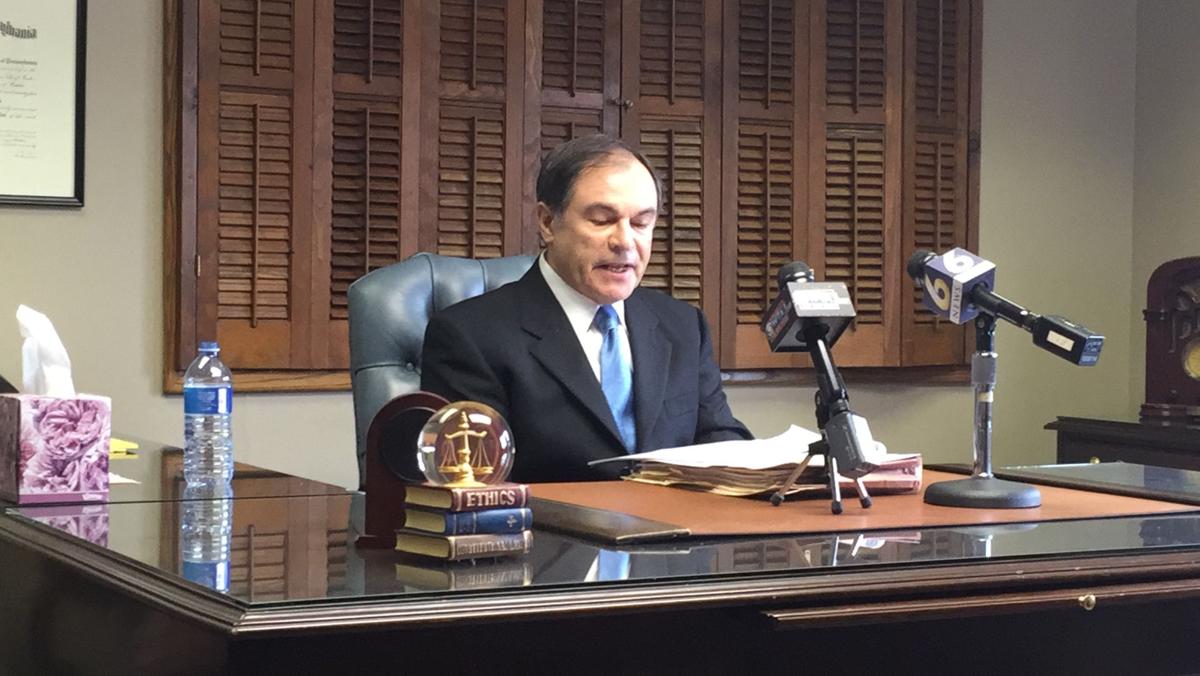 Attorney Richard Serbin meets with reporters Tuesday, June 21, 2016, at his office in Altoona. 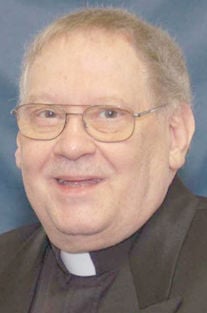 Attorney Richard Serbin meets with reporters Tuesday, June 21, 2016, at his office in Altoona.

ALTOONA – Civil lawsuits have been filed in Blair County against a priest who was identified as an alleged sexual predator in a report issued by the Pennsylvania Office of Attorney General earlier this year, and who most recently served a parish in Cambria County.

Two female plaintiffs have accused the Rev. Charles Bodziak of molesting them over a period of years, beginning when they were younger than 10, according to their attorney, Richard Serbin.

Serbin announced the lawsuits during a press conference Tuesday in his Altoona office. He was joined by the plaintiffs – sisters Cheryl Haun, now 47, and Renée Rice, now 48. The sisters said neither knew, when they were children, that the other was also allegedly abused by Bodziak, who reportedly facilitated his actions with alcohol, according to Serbin.

Rice and Haun identified themselves openly and spoke with reporters about their decision to pursue civil action. The Tribune-Democrat does not normally identify alleged victims of sexual crimes.

Along with Bodziak, the Roman Catholic Diocese of Altoona–Johnstown, former Bishop Joseph Adamec and Monsignor Michael Servinsky (executor for the estate of Bishop James Hogan) were also named as defendants.

“They knew that he was a child predator. Bishop Hogan, Bishop Adamek, and (current) Bishop (Mark) Bartchak all ignored the risk to children. (Bodziak) was moved from one parish to another within the diocese.”

Bodziak was suspended from his post at St. Michael Roman Catholic Church in St. Michael in January due to allegations he had sexually abused children decades ago. He had been serving at St. Michael since 2010.

“His status has not changed, and the diocese does not discuss any pending or current litigation,” DeGol said.

The abuse is alleged to have occurred when Bodziak was at St. Leo’s in Altoona – which was from May 1973 to June 1974, and then for an unknown period beginning in May 1979, according to the grand jury report. It was one of at least a half-dozen parishes in the diocese where Bodziak served.

“It’s sad for him just to be moved around from parish to parish and not be punished for anything he had done,” Rice said.

Both cases fall outside the state’s current statute of limitations, which allows victims who were under the age of 18 when the abuse occurred to file civil charges until age 30. Serbin thinks the case will be a legal exception, though.

“Yes, the lawsuits can be brought forward,” Serbin said. “The next question is, can the diocese assert as a defense the statute of limitations? The answer is yes.

“However, I believe the facts in this case fall within one of the exceptions that are permitted to extend the statute of limitations. Specifically, I have counts of fraud and withholding of pertinent information that was only known to the diocese.”

Serbin said the sisters’ cases serve as examples why, in his opinion, the statute of limitations should be eliminated.

“It angers me that Father Bodziak will never have jail time, and (abusive priests) should,” Haun said. “We’ve had to live with this our whole lives, and they just get to walk away.”

Bodziak was among the more than 30 priests identified as accused child sexual predators in the grand jury report released March 1 by the attorney general.

The investigation into the diocese started when Cambria County District Attorney Kelly Callihan asked the AG’s office to look into allegations of sexual abuse made against Brother Stephen Baker, who, from 1992 until 2000, was assigned to what was previously called Bishop McCort High School.

The grand jury report alleged that a woman reported in 2003 that Bodziak “repeatedly engaged in sexual intercourse with her” when, at age 16 in 1971, she was living in foster care in Lock Haven. The grand jury presentment shows that Bodziak served St. Agnes Church in Lock Haven from June 1971 through May 1973 – when he moved to St. Leo’s in Altoona.

“We are saddened that these two girls were sexually abused by Father Charles Bodziak, but hopefully they are feeling a sense of relief for taking action to expose the truth and therefore protect others,” said Judy Jones of Survivors Network of those Abused by Priests.

“Let’s hope that any others who may have knowledge or may have been harmed by Father Charles Bodziak will find the courage to come forward and contact law enforcement, no matter how long ago it happened.”

• Findings: Woman in 2003 reported that Bodziak “repeatedly engaged in sexual intercourse with her” in 1971 when she was 16 and living in foster care in Lock Haven.

Citing the financial costs of dealing with cases of child sexual abuse, the Roman Catholic Diocese of Altoona–Johnstown announced the pending relocation of its administrative center.

Friars’ trial not likely to occur until 2017

A Blair County judge is expected to decide on Thursday if a civil case involving the alleged sexual abuse of two children decades ago can continue.

Rev. Charles Bodziak and Renée Rice both sat inside a Blair County courtroom on Thursday, separated by only a few feet – decades after the priest allegedly sexually abused her when she was a young child.

A lawsuit against a former Cambria County Catholic priest was tossed by a Blair County Judge on Friday because it didn’t fall within the state’s statute of limitations guidelines.