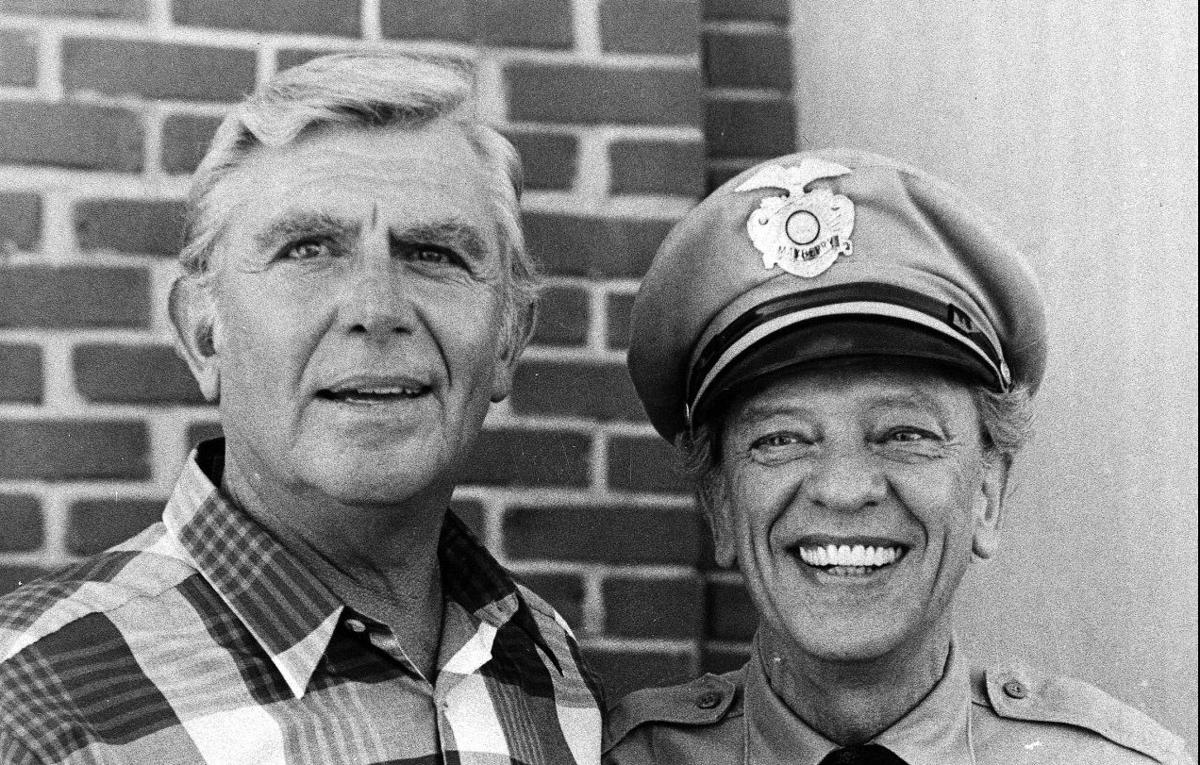 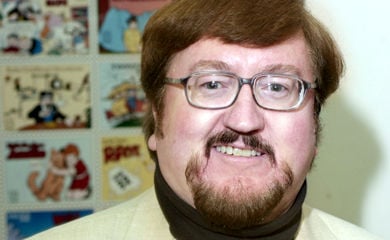 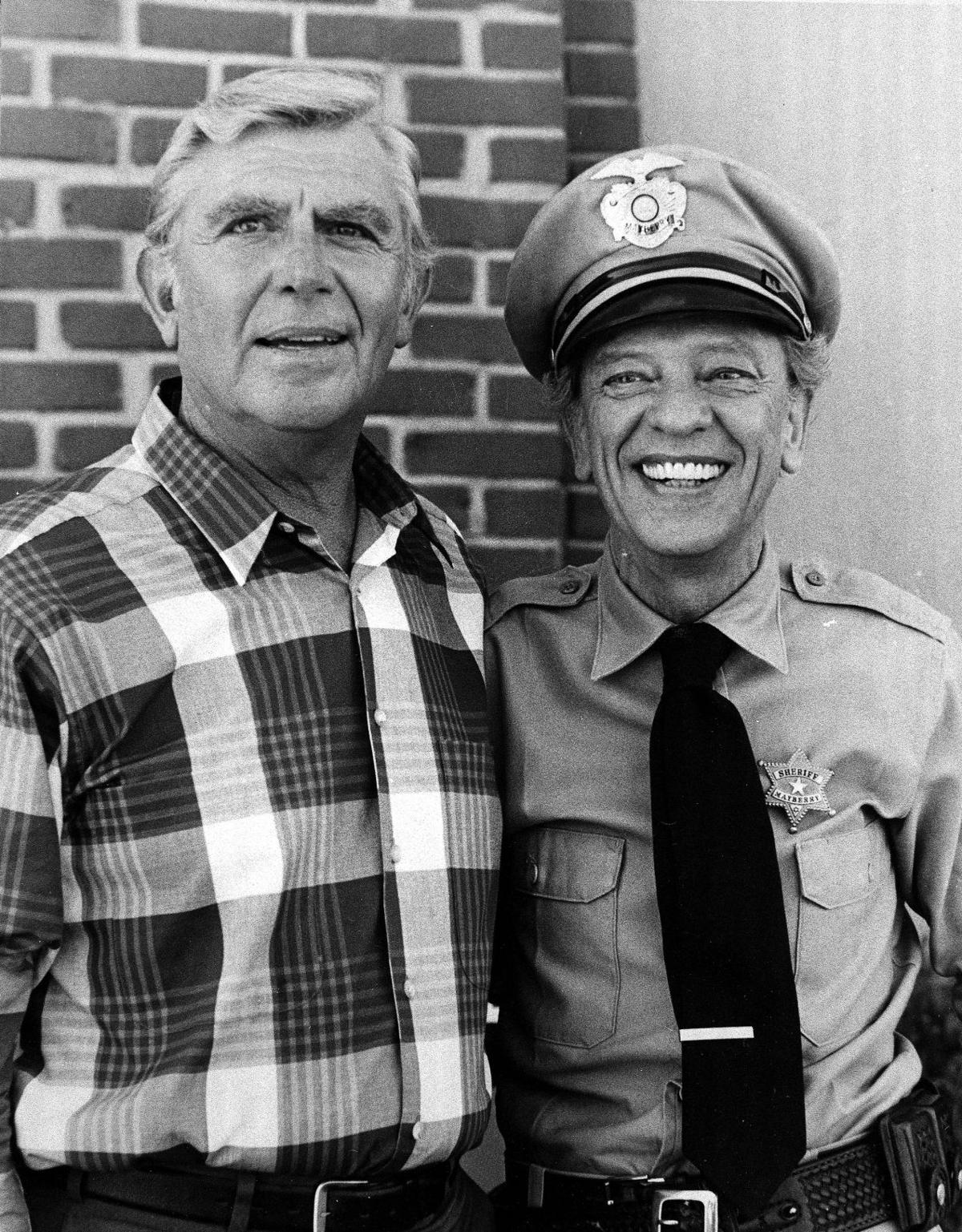 This year marks the 60th anniversary of the quaint little town of Mayberry, North Carolina.

Danny Thomas had a spinoff from his own show – an episode that introduced America to Sheriff Andy Taylor. In 1960, viewers met the occupants of the small town of Mayberry.

Mayberry, the setting for “The Andy Griffith Show,” was a fictional town based on actor Griffith’s hometown of Mount Airy.

Taylor, in the first year of the series, bears little resemblance to the sheriff of the later seasons. The first version of Taylor could be construed as a country bumpkin who had his share of faults and a lot of times was brought into line by his girlfriend Ellie – Eleanor Donahue. Over the next several years, Griffith’s character became more stoic, more “Lincolnesque,” if you will.

Five of the eight years that the show ran on the air, Sheriff Taylor had an inept deputy in Barney Fife, who was his best friend. Fife was played by actor/comedian Don Knotts.

Other regulars on the show included the sheriff’s son Opie (Ron Howard) and Aunt Bea (Frances Bavier). Aunt Bea never married, but she did have a few gentlemen callers who expressed an interest in her but for one reason or another, they never seemed to work out. Taylor was a widower himself. His wife had passed before the series had begun.

Floyd Lawson (Howard McNear), the town barber, provided the hotbed of any gossip in town. Floyd could be said to have been played by two different characters during the Howard McNear era. After about two years on the show, the actor suffered a stroke.

He was such a wonderful actor and person that Griffith did his best to accommodate McNear when he came back to the show. He had trouble walking so they always had him sitting in the barber chair or sitting on the bench out front, and he spoke with a little bit of a drawl. His character wasn’t as fidgety as he was in the first couple seasons, but he never missed a beat with his portrayal of Floyd.

The character of Barney Fife had little redeeming value – except for laughs. Barney was a man of many flaws who always thought highly of himself – yet he was an inept deputy. Andy would only let him carry one bullet in his vest pocket of his uniform.

Barney’s girlfriend at the time was Thelma Lou, who was a very sweet, attractive young woman whom Barney obviously took for granted. Despite Thelma Lou’s faithfulness to Barney, he was carrying on with a waitress at the Bluebird Diner by the name of Juanita.

Thelma Lou’s best friend was school teacher Helen Crump. Helen was Andy’s girlfriend. After about a five-year courtship, Helen and Andy did get married.

Goober was Gomer’s cousin and took Gomer’s place at Wally’s Filling Station and was widely known for his imitations of Cary Grant and Edward G. Robinson. Goober was a kind-hearted soul and the writers came up with some great ideas for Goober during his run on the show, including being an intellectual in an adult evening class in Mayberry.

Five of the eight seasons of “The Andy Griffith Show” were in black and white, as most shows were back then, and the last three shifted to color.

The interesting thing about “The Andy Griffith Show” was that it was never out of the top 10 programs, rating-wise, during its entire run.

It wasn’t always peaches and cream with the Mayberry crowd. Another one of my favorite episodes – called “A Stranger In Town” – was about a young man named Ed Sawyer who moved into the town of Mayberry. He seemed to know everything about everybody there, yet nobody knew him. Barney even thought he was a Russian spy.

The people viewed Ed with suspicion – such as an episode out of the “Twilight Zone.” The show had a happy ending, as most did, but it shined the light on mistrust and suspicion and how that can affect even a community such as Mayberry.

So what was it that ultimately made Mayberry a popular show? I think it was the characters – well written, well defined. You always knew pretty much how they were going to react in certain situations.

Aunt Bea and her friend Clara Edwards once wrote a song about Mayberry called “My Home Town.”

The song celebrated the folksy attitudes and slower lifestyle that Mayberry was known for.

In the end, it is what many of us wish for as we are growing up.