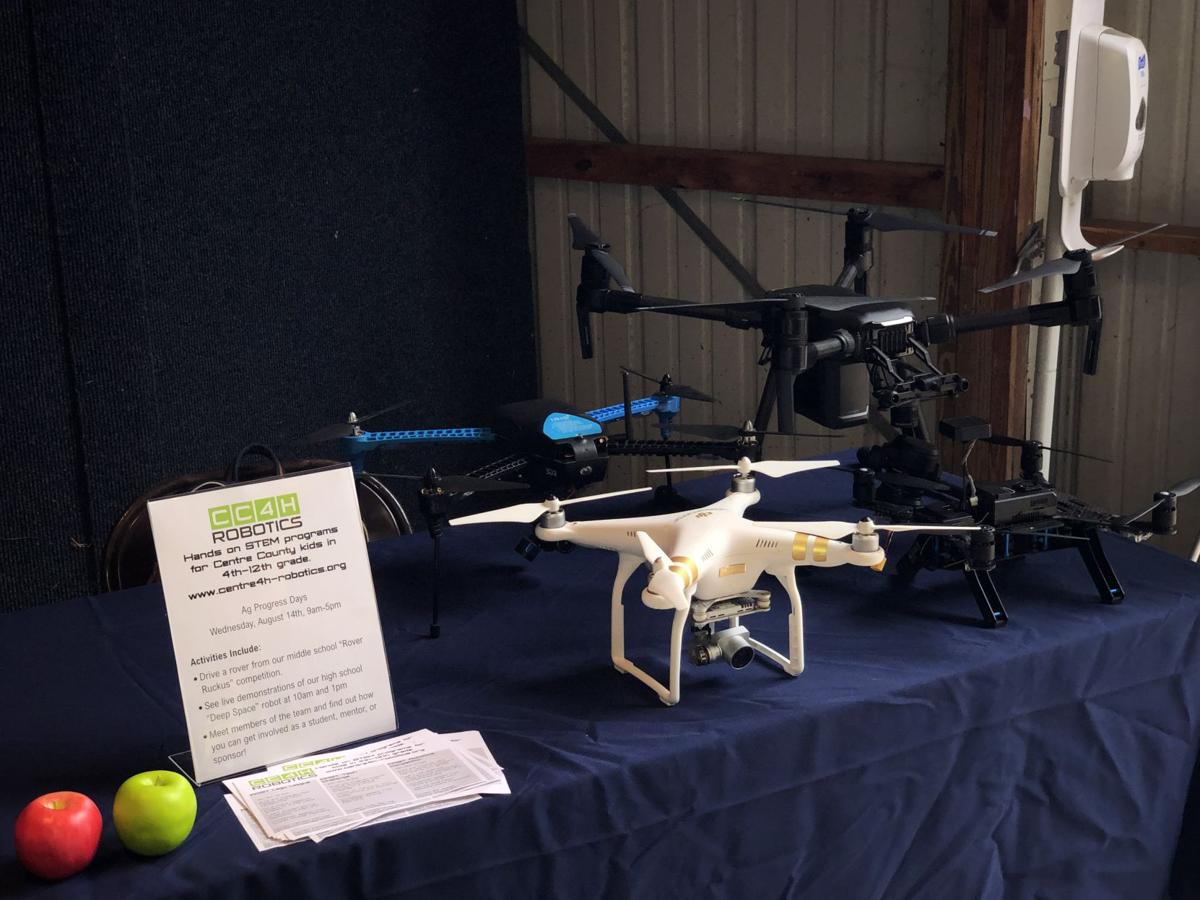 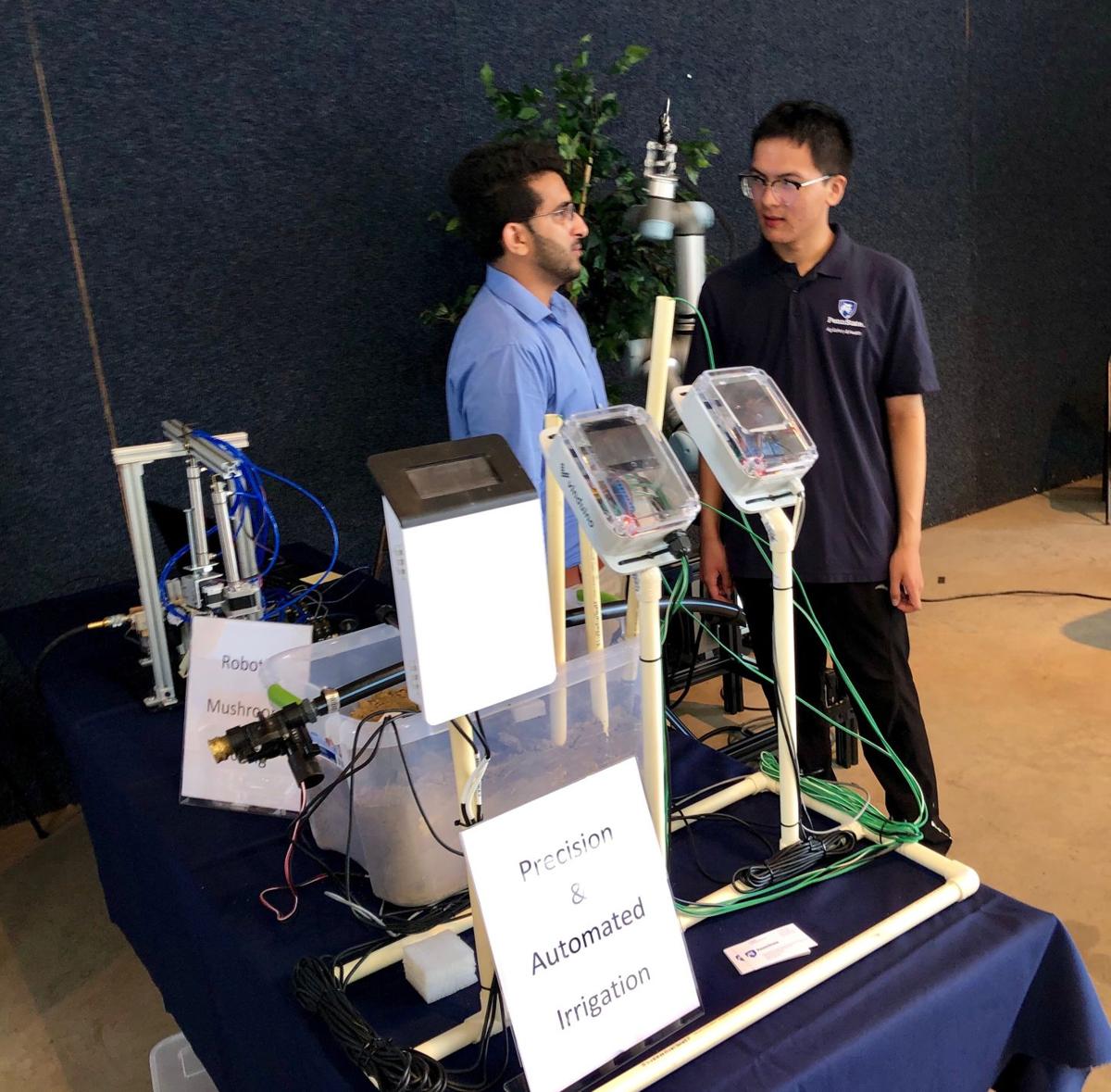 ROCK SPRINGS – A shrinking labor pool has forced farmers both locally and nationally to seek other measures to ensure high yields on their crops while also maintaining human-level efficiency.

Researchers at Penn State are looking at ways to mitigate the dwindling labor workforce, and they’ve collaborated with local farmers through automation to help compensate.

This week, they’re offering a glimpse into their work and the future of agriculture.

Ag Progress Days kicked off at the Russell E. Larson Agricultural Research Center in Rock Springs on Tuesday. The event, which features hundreds of agricultural exhibits, demonstrations, workshops and presentations, concludes on Thursday.

“Labor is a problem for agriculture,” said Richard Roush, dean of the Penn State College of Agricultural Sciences. “It’s back-breaking work. I grew up in California and watched farm workers and came to realize these people are Olympic athletes of agriculture, in terms of what they’re doing – but you can’t do it forever. So you really need to be able to mechanize harvesting as much as possible.”

Over the last two years, a team of engineers with the Penn State Agricultural Mechatronics Group has worked in their precision and automated smart labs with growers on automating areas of farming. The technology will not only help farmers with more accurate readings and forecasts for their crops, but it will also help account for the labor shortage.

Four drones occupied space on the Penn State Agriculture Mechatronic Group’s table. Each drone was outfitted with a thermal camera used to provide real-time temperature monitoring. The information gathered from the drone is sent to an automated ground vehicle for a multi-vehicle system for precision frost control that includes flower stage assessment and autonomous orchard heating. Data gathered is sent to a system and data management station.

“The ground vehicle will pull out the heater and go to the area notified, using the GPS coordinates and apply the heat activity to create the air layer above the canopy so they can protect,” said Dana Choi, assistant professor of agricultural and biological engineering at Penn State.

“Right now, we are having about 90-percent accuracy,” Choi said. “We’re actually improving it. Even with the current accuracy, what I’ve heard from the growers is it’s better than what they’re doing right now because sometimes they count by themselves, or they probably just guess from history. Last year, one of the growers said they were off by 40 percent.”

Researchers are also using red-green-blue (RGB) cameras to assist with crop detection. Penn State masters student Omeed Mirbod is working with Choi on the project. The cameras are fixed to an apparatus and scour fields capturing images of fruit trees or crops for farmers.

“The big issue a lot of times is occlusion, so that means the apple is hiding behind the leaf,” Mirbod said. “That’s a big research area — how do you accommodate for that so you don’t get an undercount of fruit.”

The implementation of cameras and crops will allow farmers to gain a better understanding of yield count or problems affecting their plants, such as diseases. While imaging will assist farmers with their expected yield, it can also offer more information about the size of their fruit. Another byproduct of imaging is the impact it could have on the particular type of tree farmers will plant.

“Right now, people are trying it out and seeing, for example, how they should train the orchards,” Mirbod said. “So, do we want tall spindle trees now, or do we want to stay with the bushy, big canopy trees? If the technology is good enough, they’ll go for the tall spindle because then we can give them better data.”

Paul Heinemann, professor and department head of Penn State’s department of agricultural and biological engineering, said the price and advancements in technology in the field have made it more accessible and accurate. With Pennsylvania being the fourth biggest apple producer in the country, ideas such as automation can help farmers keep up with the production.

“The labor is not going to get better, so the growers are asking us to step up the research to help them automate and mechanize a lot of the work,” Heinemann said. “And this is true, especially in crops. You think of orchards where it’s very traditionally labor-intensive.”

As the agriculture industry continues to evolve, Pennsylvania Department of Agriculture Secretary Russell Redding believes events such as Ag Progress Days are needed to not only assist farmers and ag professionals with cultivating new ideas, but to also help consumers stay connected to an industry that helps drive the state. Governor Tom Wolf is scheduled to visit Ag Progress Days on Wednesday.

“You walk in here, and within a few hours you grasp the significance of agriculture, Redding said. “You grasp the connectedness people have to the industry as both consumers and ag business leaders. So you come away with that sense that this important to us.”