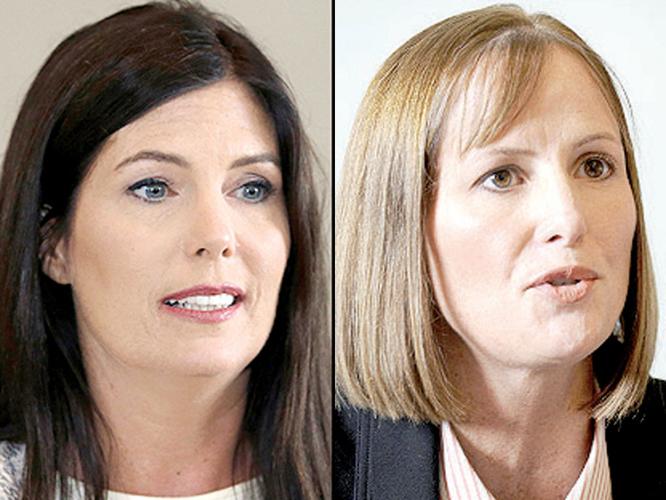 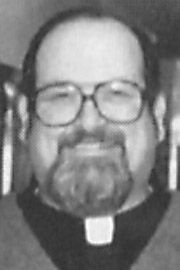 Even individuals who have been deeply involved in the Brother Stephen Baker sexual abuse scandal seem to know very little about Pennsylvania Attorney General Kathleen Kane’s investigation into the matter.

Or, in some cases, they have learned a few details, but won’t publicly discuss them.

Boston lawyer Mitchell Garabedian represents 33 individuals who accused Baker of abusing them when he was a trainer at Bishop McCort High School from 1992 until the early 2000s. Garabedian described such cases as “extremely confidential.”

Attorney Kathleen Gallagher, legal representative for the Bishop McCort Catholic High School Board of Trustees that has run the academic institution since it incorporated as an independent nonprofit organization in October 2008, said: “I don’t know anything about that.”

The Rev. Robert M. Hoatson, from Road to Recovery, which has offered support to some of the alleged victims, described what might be happening as “hard to gauge.”

The AG’s office has been silent about the investigation, with spokesman J.J. Abbott saying, “I can’t technically confirm its existence.”

Such secrecy is common for grand jury procedures.

No announcement is made when a grand jury starts investigating. The names of the persons subpoenaed are not released to the public, although those individuals are allowed to disclose their testimony.

Grand jurors and prosecutors swear to not release information about the hearing.

“The secrecy of the proceedings protects both the integrity of the investigation and the privacy of persons called to testify before the grand jury,” according to the attorney general’s website.

The grand jury could expand its investigation beyond Baker, who died from what was ruled a suicide in January 2013, in an attempt to ascertain what – if anything – individuals from Bishop McCort, the Roman Catholic Diocese of Altoona-Johnstown and the law enforcement community knew about his alleged abuse.

A precedent has already been established for such an expanded investigation.

When examining accusations of sexual assault against former Penn State assistant football coach Jerry Sandusky, a grand jury found that portions of testimony given by then-Athletic Director Tim Curley and Vice President Gary Schultz were “not credible,” according to the final presentment. Curley, Schultz and former Penn State President Graham Spanier face charges of failure to report, for allegedly covering up Sandusky’s actions, and perjury, for allegedly lying during statements to the Sandusky grand jury.

The grand jury’s presentment in the Sandusky case came down in November 2011, followed soon afterward by the firing of head football coach Joe Paterno, as the scandal engulfed the university.

In January 2013, accusations against Baker became publicly known, although the Roman Catholic Diocese of Altoona-Johnstown acknowledged receiving reports about alleged misconduct the same month the Sandusky presentment was released.

Kane’s office took over the investigation of Baker at the request of Cambria County District Attorney Kelly Callihan in January 2014. Callihan said she worked closely with the attorney general’s office throughout 2013, but ultimately decided the county did not have the money or manpower to conduct a lengthy grand jury investigation that could last years.

“From the outset, in January (2013) through then, I was in contact with the attorney general, kind of having them guide me through a couple things,” Callihan said. “They knew that the referral would be coming.”

The district attorney said she determined she needed to remove herself from the case because an individual whose accusation of abuse was reported to the diocese and Johnstown Police Department previously worked in her office.

“I referred it to the attorney general for a lot of reasons, but one of the main reasons was that I had a conflict of interest because one of the original victims who came forward in 2011 was employed in my office during 2011 for a short period of time,” Callihan said. “It was before the report to the police.”

‘Response in the school’

Callihan would like to see the investigation go beyond Baker.

“I’m hopeful that the investigation will continue not only into the acts, sexual acts perpetrated by Brother Baker, but also into the response in the school and any possible reporting violations that were committed,” the district attorney said.

Like Callihan, Johnstown police Chief Craig Foust said he does not know the full extent of the attorney general’s plans.

“All I can say is there’s nothing to look at as far as the department goes or, as far as I know, the district attorney’s office,” Foust said.

The department was aware of allegations against Baker as early as December 2011, according to a report filed on June 29, 2012, by Juvenile Detective Julie Wagner and confidential documents recently obtained by The Tribune-Democrat through a right-to-know request.

A second accusation was made in early 2012. The diocese informed the police department that the two individuals accused Baker of molesting them.

Foust said the alleged victims did not want to pursue legal action.

At the time, no other allegations had been reported to the police, Foust said. For that reason the department never informed the DA’s office about the claims until the scandal publicly broke.

“That’s one of the issues as far as referring to the district attorney’s office and things like that,” Foust said. “We conduct a lot of criminal investigations that the district attorney’s notified; obviously, homicides, things like that. But they’re seldom involved in the initial investigation phase unless it’s a homicide or a really major case. At that point, we didn’t have a flood of victims coming forward wanting charges filed.”

Callihan also said she was not contacted at the time the allegations were originally reported.

“The first I learned of the incident was a media report,” said Callihan, who said her office works with the police on many cases of lesser seriousness than homicides.

“I was never consulted and I’ve checked with my staff and no one on my staff was contacted by the police when the original report was made,” Callihan said.

The DA said she should have been notified earlier.

“I would categorize this as a major case,” Callihan said.

Neither Callihan nor Foust believe their departments will be targeted by the state investigation.

“It’s going to the AG’s office to look at mandated reporting,” Foust said. “That’s not something we would be involved in.”

November 2011: Bishop Mark Bartchak of the Roman Catholic Diocese of Altoona-Johnstown is no…

With Pennsylvania Turnpike rates increasing in January, will you travel the turnpike or find alternate routes?