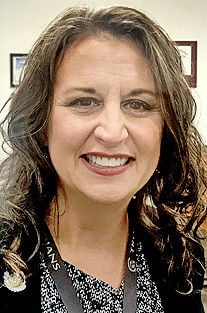 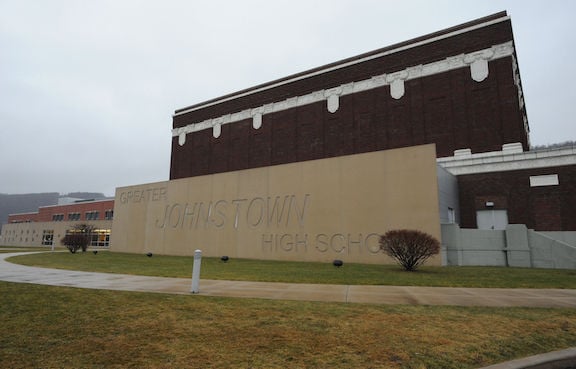 Greater Johnstown High School is shown in this file photo from Jan. 3, 2017.

Greater Johnstown High School is shown in this file photo from Jan. 3, 2017.

The Greater Johnstown school board appointed Amy Arcurio as the district’s new superintendent during a meeting Tuesday evening.

Arcurio, who currently serves as the assistant to the superintendent, will step into her new role Nov. 27 and will retain the position through June 30, 2023.

“It’s humbling to be selected for this position,” said Arcurio, who began her career in the district in 2003 as an elementary teacher. “I’m also appreciative of the process that the school board of directors put in place.

“They put in place a selection process that was supervised by a state level committee – the Pennsylvania School Boards Association.

“I think that brings validity to the appointment, and I think that negates some of the claims of the naysayers who feel that this was not a process done in fairness and done appropriately. So I’m very appreciative and extremely thankful for that process.”

Board member David “Dee Dee” Osborne said the board’s decision to move forward with Arcurio was a great move.

“She’s a great pick and a good choice,” Osborne said. “Bottom line is she’s homegrown. She’s from this area, and she’s an educated woman. I’ve worked with her from Day 1 over at East Side Elementary years ago. She’ll do well, and the kids love her. I know that for a fact.

“She deserves this spot.”

Prior to the board naming Arcurio as the superintendent, DeBartola spoke about nepotism within the district and then asked the board to pursue another candidate.

“You want to take (former district official) Bobby’s (Arcurio) daughter-in-law, and you want to make her the superintendent,” DeBartola said as he addressed the board. “I’m telling you, this stinks of a lot of inside stuff going on, and I just don’t think you guys get it.”

Board member Kimberly Murray said she is confident in Arcurio being the right person to continue moving the district in the right direction.

“She will do an absolutely wonderful job,” she said. “She cares about our children, and she deserves the position.”

In July, the Pennsylvania School Boards Association was awarded a contract to provide superintendent search services to the district.

With Arcurio being appointed to the superintendent position, Frontino will now vacate his role, but remain an employee within the district. His new position was not disclosed during Tuesday’s meeting.

Arcurio said: “I’m optimistic. I think our future is incredibly bright here. I’ve been fortunate to have great mentors in the position before me, and I’ve been able to learn from them and I’ve been fortunate enough to be in the central office and in the district for quite some time to know what our challenges are, what our obstacles are, and to put in place programs that help our students become the best they can be.”

“I’m a parent in this district, and I think that it’s important that I trust this district to provide the best education for my own child,” she said.

“I don’t know how much more of a bigger seal of approval you can give on a place than to send your own child to it.”