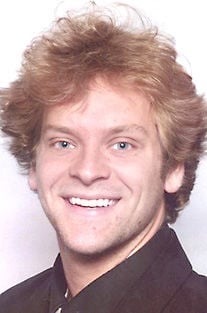 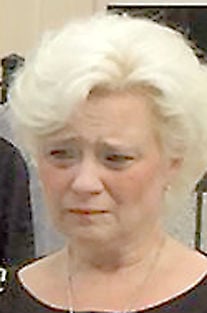 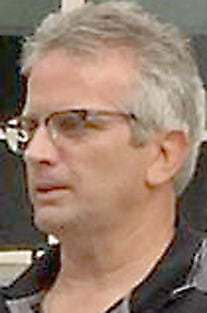 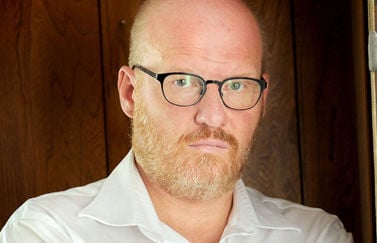 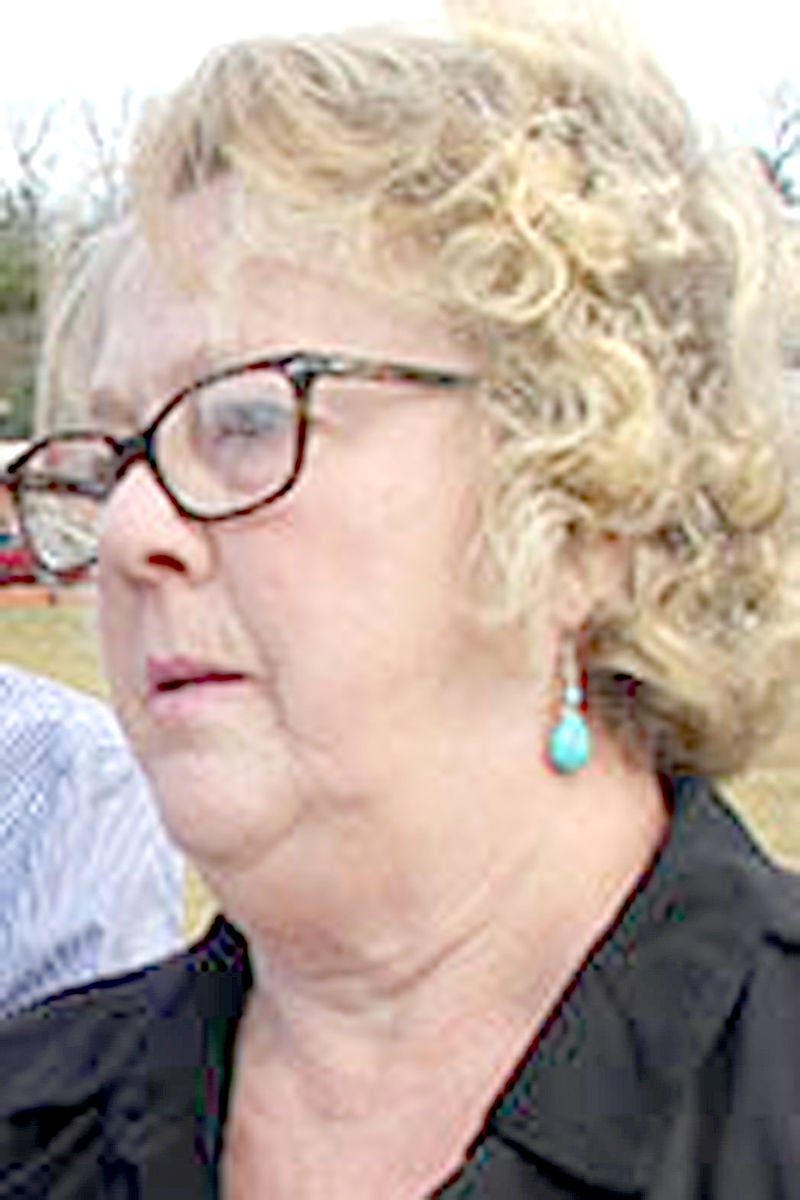 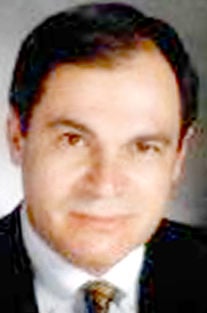 Shaun Dougherty took two different versions of a picture showing Corey Leech’s family with him when he entered the sacred and historic halls of the Vatican last week.

The young man was literally front and center, surrounded by his loved ones – mother, father and nine brothers, in one image, taken in the parking lot at a Pittsburgh Pirates game.

In the other, Leech, a Bishop McCort Catholic High School graduate, who died in May 2017 at the age of 31, was removed.

“We gave him two pictures of our family – the last one that we have,” said his mother, Cindy Leech, racing to get the words out before becoming overcome with tears. “One with Corey in it. And the next one, we cut Corey out. And we said there’s always going to be an empty space in our hearts because a part of our family is gone and it will never be returned.”

In the years leading up to his passing, Leech battled substance abuse and other personal struggles brought on by being sexually assaulted by a member of the Roman Catholic clergy.

Dougherty presented the pictures of Leech, along with three other abuse victims who died young, when he talked with the organizing committee of “Protection of Minors in the Church,” a meeting that brought together almost 200 bishops from across the world to discuss the church’s ongoing issues with child sexual abuse and coverup.

“I kept a promise to all four victims’ parents,” Dougherty, a Westmont resident and victims advocate, said. “I carried their pictures. I carried their message. And I delivered them to the committee chairpersons. And I left the meeting without those pictures. Their pictures and the messages from the parents are in the hierarchy’s hands. And they are reading them.”

Bernie Leech, Corey’s father, said Dougherty was able “just to show them the devastation that has happened.”

Dougherty’s own alleged abuse was included in a 2016 grand jury report that provided details about a decades-long coverup within the Roman Catholic Diocese of Altoona-Johnstown.

Since then, he has become an outspoken critic of the church, doing interviews with local, national and international news organizations. He was hand-selected to be among the dozen victims to meet with the event’s organizers.

“As a victim that has heard about meetings like this in the past, I have always been skeptical as to who are these victims that they’re choosing, and who’s choosing these victims and what kind of testimony are they giving?” Dougherty said. “I can tell you that a victim chose these victims – Juan Carlos Cruz, a Chilean survivor that made world news last year, while meeting with the pope. Juan Carlos called me and invited me. I can tell you that it was a very real meeting. Messages were sent.”

He described the two-hour meeting, which occurred before the four-day conference officially started, as a “very frank discussion, a lot of emotions, a lot of feelings.”

While in the Vatican and Italy, Dougherty met with members of the Italian Parliament, participated in events with Survivors Network of those Abused by Priests and BishopAccountability, went to U.S. Ambassador to the Vatican Callista Gingrich’s office, and did interviews with the National Catholic Register and EWTN Global Catholic Television Network. He was also followed by a documentary crew.

Dougherty chronicled the experience with a video diary for The Tribune-Democrat.

Leech was one of more than 90 individuals who received settlements from the Altoona-Johnstown Diocese, Third Order Regular – Province of the Immaculate Conception and Bishop McCort, stemming from allegations of abuse made against Brother Stephen Baker, an athletic trainer at the school.

Leech testified in a case against three minsters provincial from Immaculate Conception, who the Pennsylvania Office of Attorney General contended gave Baker assignments that provided him access to children, even though credible allegations of abuse had been made against him. Two of the defendants – Revs. Robert D’Aversa and Anthony Criscitelli – pleaded guilty to endangering the welfare of children.

The case was part of a progression of events that led from an investigation into Baker to the attorney general’s office issuing a grand jury report in 2018 that outlined accusations against more than 300 priests who allegedly abused children throughout six dioceses – Greensburg, Erie, Harrisburg, Scranton, Allentown and Pittsburgh.

Pope Francis called for an “all-out battle” on clergy sexual abuse, describing the predators as “instruments of Satan” and “ravenous wolves” during the conference that concluded on Sunday.

“Indeed, in the people’s justified anger, the church sees the reflection of the wrath of God, betrayed and insulted by these deceitful consecrated persons,” the pope said.

Diocese of Altoona-Johnstown officials could not immediately be reached for comment.

Some victims advocates involved in the Altoona-Johnstown cases felt the response did not provide enough details about future plans.

“The church just isn’t there yet as far as accountability,” Dougherty said.

He called the plan “a simple point of departure.”

“Pope Francis, by providing a 21-point plan, avoids the issue of revealing the truth about the crimes of sexual abuse and the coverup and consequently prevents victims from healing and children from being safe,” said Boston-based attorney Mitchell Garabedian, who has represented victims in the Altoona-Johnstown Diocese. “It would be foolhardy to think that the Catholic Church, which has historically shown that it cannot self-police, now can create and implement a ‘we’ve fixed it with a more guidelines plan.’ Guidelines have not worked in the past, and they will not work now.”

Robert Hoatson, founder of Road to Recovery, who counseled Leech, said church officials remain “not inherently capable really of policing themselves, so that’s why we call on the outside institutions, like attorneys general, and FBI and the federal government to do something about this issue. I’m talking about federal governments throughout the world.”

Richard Serbin, a Blair County attorney, who has been bringing civil cases against alleged abusers for decades, feels “nothing concrete was done.”

“This is the third pope who has been at the pinnacle of the hierarchy of the church with whom I’ve had to deal with – indirectly – in terms of setting policy, and his words are the same as I’ve heard from the other two popes,” Serbin said.

Editor’s note: Tribune-Democrat reporter Dave Sutor has been covering child sexual abuse within the Roman Catholic Diocese of Altoona-Johnstown and Pennsylvania since 2013. Corey Leech’s abuse and involvement in the case against three ministers provincial from the Third Order Regular, Province of the Immaculate Conception was not publicly known until his death in 2017. But, for full disclosure, The Tribune-Democrat would like readers to know the Sutor and Leech families are related.

EXCLUSIVE REPORT 6 | Shaun Dougherty from Italy: 'Church isn't there yet' so legislators, states must protect citizens

In an exclusive video report, Johnstown native Shaun Dougherty provides updates from this week's meetings on the topic of child sexual abuse a…