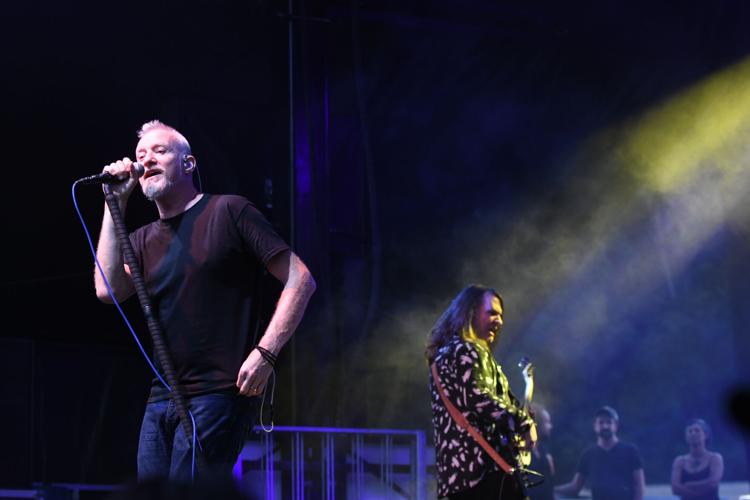 The Spin Doctors perform on the main stage Saturday night during the AmeriServ Flood City Music Festival on Saturday, Jul. 30, 2022. 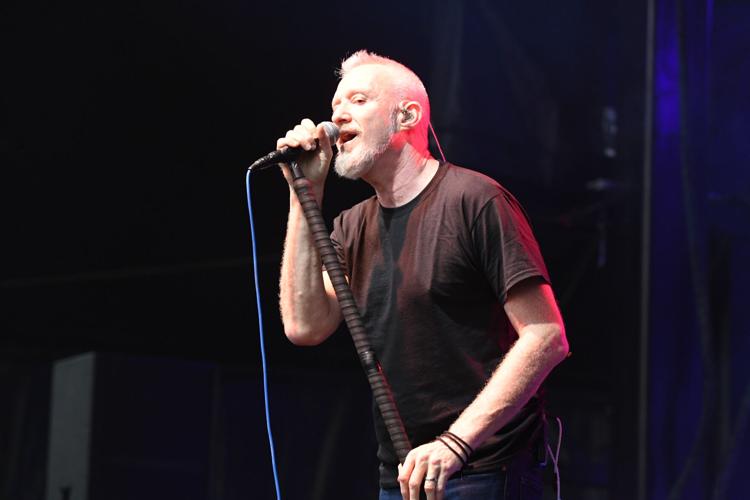 Chris Barron of the Spin Doctors performs on the main stage Saturday night during the AmeriServ Flood City Music Festival on Saturday, Jul. 30, 2022.

The Spin Doctors perform on the main stage Saturday night during the AmeriServ Flood City Music Festival on Saturday, Jul. 30, 2022.

Chris Barron of the Spin Doctors performs on the main stage Saturday night during the AmeriServ Flood City Music Festival on Saturday, Jul. 30, 2022.

JOHNSTOWN, Pa. – Music fans from across the region continued to flock to downtown Johnstown on Saturday for the AmeriServ Flood City Music Festival.

The two-day festival wrapped up with headlining act the Spin Doctors taking the stage at Peoples Natural Gas Park. The band, which released its debut studio album “Pocket Full of Kryptonite” in August 1991, played some of its well-known ’90s hits, including “Two Princes” and “Little Miss Can’t Be Wrong.”

Many festival-goers say they attend the event each year to see the variety of performers it has to offer.

Billy Jo Miller, of Boswell, said she attends every year and used to vend at the event. This year, she said, she was excited to see SunSquabi on Saturday night.

“It’s nice having really good music locally, and you don’t have to drive the whole way to Pittsburgh to see it,” she said.

Debbie Osborn, of Altoona, said she and her husband John have been attending the event for 14 years and will stay local to attend both days of the festival.

“We love it. It’s great music – even like the no-name bands. They’re great,” Osborn said. “It’s a safe environment. It’s a great venue.”

Osborn noted that there were many bands that she enjoyed throughout the weekend and that she purchased seven CDs from various musicians.

Johnstown native Dean Miles has been living in the Grand Rapids, Michigan, area, but says that since he retired 10 years ago, he has been attending the festival. Miles said that he enjoyed seeing Railroad Earth on Friday night because they are one of his favorite bands and that he’s seen them at several other festivals.

“There’s a lot of great music here,” he said. “I love to dance whenever I can.”

“We had great crowds with great weather,” he said. “It was about as good a weekend as we’ve had.”

Carnevali said that the festival saw good crowds and merchandise sales and added that Friday night’s crowd may have been one of the biggest that organizers of the festival have seen.

“It was a wonderful success and the music, I think, was absolutely transcendent,” she said.

Johansson said that one of the biggest surprises of the weekend was a last-minute lineup change on Saturday after Big Something was unable to attend and SunSquabi replaced the band at the last minute.

“It’s extraordinary – it’s very difficult to convey how challenging it is to replace somebody on the bill that late,” she said. “Particularly someone of that stature ... plugged in that fast and heated because of the circumstances – that means that the person or that the band is going to be flying in rather than driving in, which means that they won’t have their instruments and things with them, which means all of that has to be obtained, and I was incredibly proud of everyone on our team that we were able to pull that off so seamlessly.”

“SunSquabi was absolutely off the hook. People were loving it. It was really, really wonderful,” she said. “All the music was wonderful, but that one in particular for me, was a huge surprise and a wonderful, wonderful conclusion to the festival.”

Amber DiRenzo first saw Brandon "Taz" Niederauer perform at a 2015 festival in New Orleans, and on Friday, she got to see the 19-year-old guitarist again in her hometown of Johnstown.