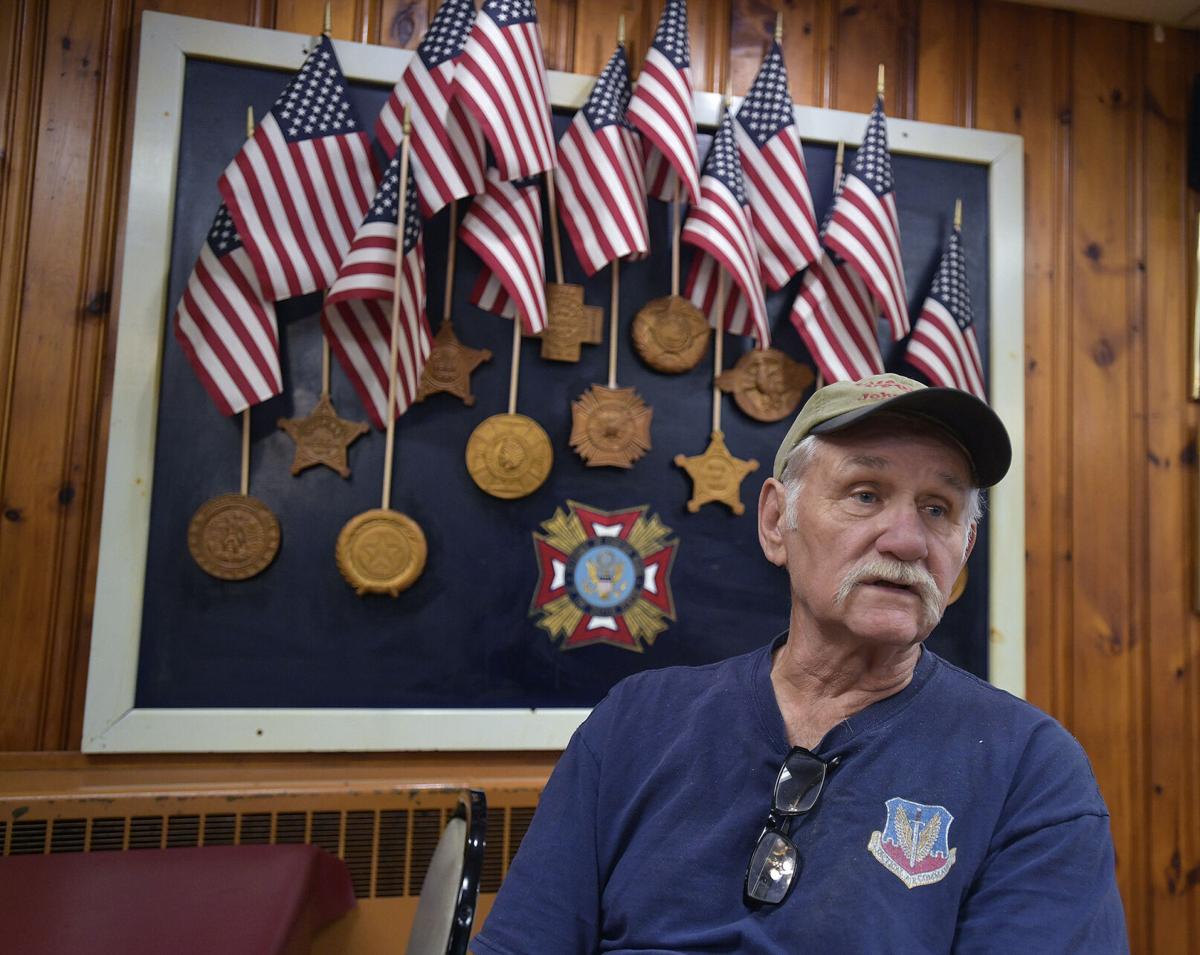 VFW Post 155 Vice-Commander George Kohan talks about how the pandemic has affected VFW's and American Legions on Monday, May 17, 2021. 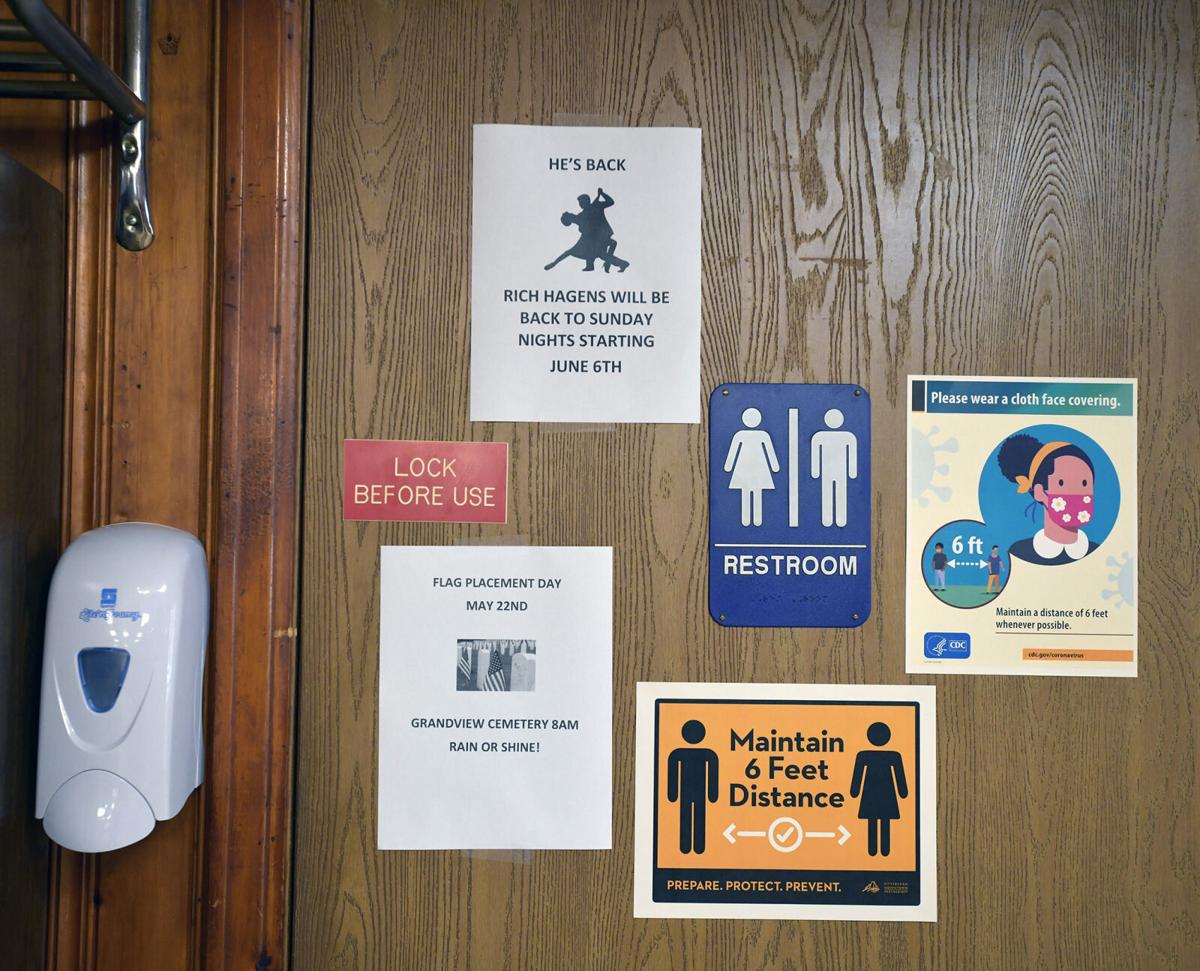 Signs alerting members about the precautions taken at the VFW Post 155 in Geistown for the pandemic on Monday, May 17, 2021. 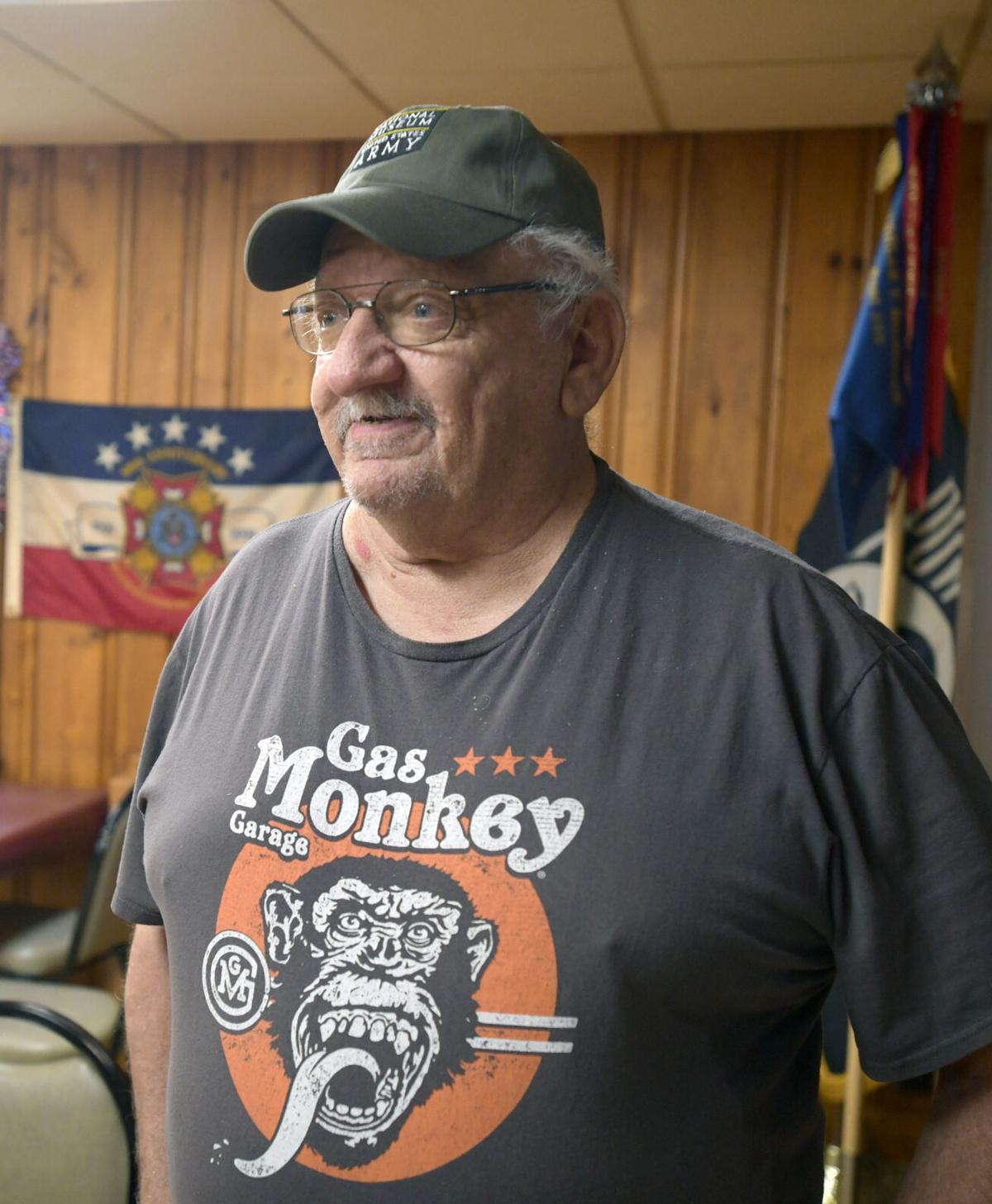 Holsopple VFW Commander William Palmer talks about how the pandemic has affected VFW's on Monday, May 17, 2021. He was visiting the VFW Post 155 at the time of the photo. 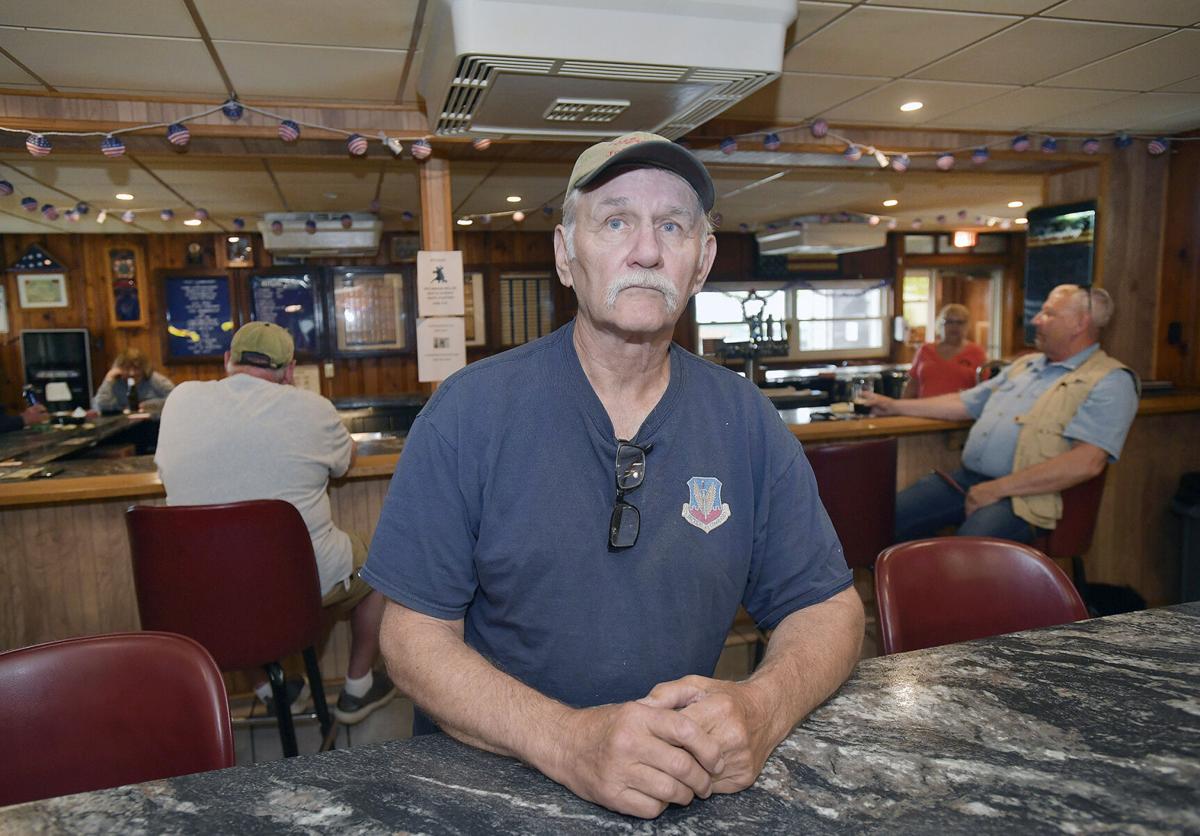 VFW Post 155 Vice-Commander George Kohan talks about how the pandemic has affected VFW's and American Legions on Monday, May 17, 2021.

Signs alerting members about the precautions taken at the VFW Post 155 in Geistown for the pandemic on Monday, May 17, 2021.

Holsopple VFW Commander William Palmer talks about how the pandemic has affected VFW's on Monday, May 17, 2021. He was visiting the VFW Post 155 at the time of the photo.

JOHNSTOWN – American Legion Post 294 can sell about 900 hot dogs and 300 pounds of French fries, along with drinks, during the city’s annual Thunder in the Valley motorcycle rally.

So when the ongoing COVID-19 pandemic forced the rally’s cancellation last June, the post lost what Commander Chuck Arnone called its economic “lifeblood” – used to meet the needs of veterans, maintain its property and support local nonprofits.

The money-making bar on Main Street in Johnstown was also either closed or limited in capacity and hours due to Pennsylvania mitigation guidelines meant to slow the spread of the virus. Arnone said the pandemic “reduced our net worth by 75%,” which he described as a “harrowing” situation.

“It about took everything we had to stay in operation during the course of the pandemic, between trying to help some of our members and trying to maintain this facility with a reduced number of members and no use of the home association,” Arnone said. “Money was extremely tight.”

Other American Legion and Veterans of Foreign Wars posts find themselves in similar situations after the pandemic year reduced the capacity to carry out their missions.

Pennsylvania State VFW Commander Ronald Peters set a goal to “not let the pandemic be an excuse to fail” when the severity of the COVID-19 outbreak in the United States started to become apparent in February and March 2020. He believes that the members have responded positively to that call.

Peters cited examples of the Carlisle post holding five blood drives and a farmer and post commander planting 4,000 pounds of potatoes to give to a food bank.

“I got an email from our national programs director, and he said (that) despite Pennsylvania being one of the most closed-down states, we have led the national organization in community service,” Peters said. “How much that comes out to in dollars and cents right now, I can’t tell you, but that’s extremely important.”

With reduced income, though, many local posts needed to scale back or eliminate contributions that are often made to youth sports leagues, first responders and veterans’ organizations.

“We couldn’t get enough money into the public like we used to,” said William Palmer, commander of VFW Vietnam Memorial Post 4200 in Tire Hill.

Palmer added: “I’m thinking we’ll get back to everything. We’ve got to start helping the community again.”

The number of the Menoher post’s social members, which includes veterans and individuals who did not serve, has dropped from more than 600 to under 500, not counting lifetime and active members.

“We’re thinking that, with things starting to open up and more people starting to come out, we’ll get our membership back up for our renewals,” George Kohan, the post’s senior vice commander, said.

COVID-19 came at a time when the VFW and the American Legion were already dealing with decline. The American Legion’s nationwide membership has dropped from 3 million in the early 1990s to about 2 million today. American Legion Post 294 has fewer than 200 members, compared to more than 4,000 immediately after World War II.

VFW posts have experienced similar losses in recent years, going from 540 posts with 175,000 members in Pennsylvania to 430 posts with 67,000 members, according to Peters.

Veterans from World War II and the Korean War are dying off. Vietnam War veterans are now in their 70s. Younger veterans of the wars in Iraq and Afghanistan seem less interested in joining, as they raise their families and often move away from their hometowns.

“The vets aren’t coming around us,” Kohan said. “We’re looking back. There’s no one behind us, us Vietnam vets. I know that’s an issue countrywide. The times aren’t the same as they were.”

Posts work to recruit new lifetime, active and social members by being visible at public veterans events, such as Memorial Day ceremonies, and in the community by volunteering financial and man-hour support to local organizations, lobbying for veterans on the state and federal levels and providing places to socialize.

But Kohan and Peters admit traditional veterans clubs have an image problem.

“They got this idea that all we do is sit here, drink beer, smoke cigarettes, and fight the wars again,” Kohan said. “That’s not the case. I don’t know any vet that really wants to sit and think about the war he was in. Try to forget all that, just get back to normal.”