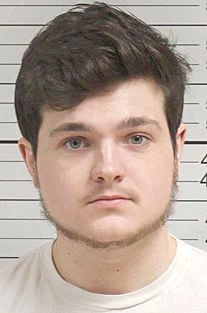 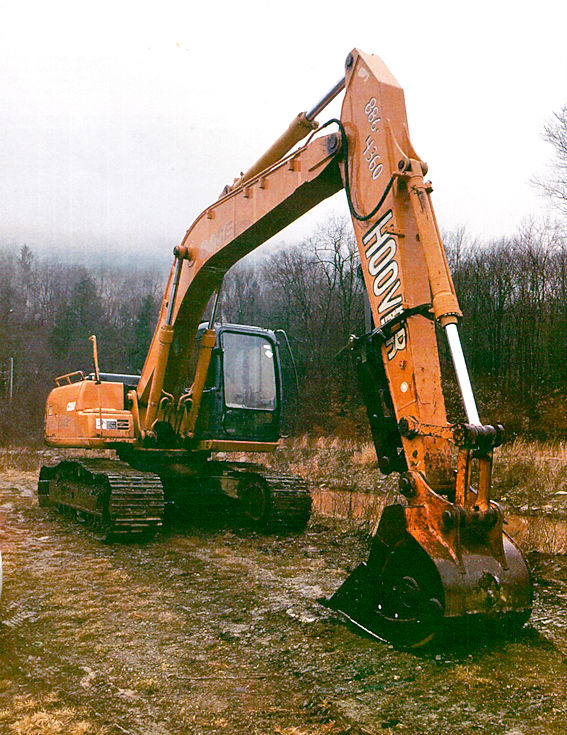 Clark Kammerer allegedly stole this excavator from Cooney Brothers Coal Co. near Mine 42, used it to free a friends’ truck stuck in the mud and then returned the machine back to where it was parked.

Clark Kammerer allegedly stole this excavator from Cooney Brothers Coal Co. near Mine 42, used it to free a friends’ truck stuck in the mud and then returned the machine back to where it was parked.

A Richland Township man was jailed on Monday, accused of stealing an excavator and then returning it after using the machine to free a friend’s pickup truck that was stuck in the mud, authorities said.

Adams Township police charged Clark Albert Kammerer, 21, of the 100 block of Hoffman Drive, with theft, unauthorized use of a motor vehicle, criminal mischief and disorderly conduct.

According to a criminal complaint, Kammerer allegedly broke into a cab of the excavator which was on acreage owned by Cooney Brothers Coal Co. near Mine 42. He allegedly started the engine by inserting a screwdriver into the ignition and drove about a quarter-mile to where his friend’s Dodge truck was stuck. It’s believed the two men then used a chain or a strap to pull the truck from the mud.

Kammerer then drove the excavator back to where it had been parked. Police estimate Kammerer caused nearly $1,900 damage to the excavator which was valued at $20,000, the complaint said.

Police were able to identify Kammerer using a Walmart receipt that was found in the mud near the excavator, the complaint said. Charges related to the case are pending against three other men aged 20, 21 and 22, according to Adams Township police Chief Kirk Moss.

State authorities are cracking down on abuse of the state forest land that is adjacent to Cooney Brothers property.

The state purchased several thousand acres of land from Cooney Brothers in the early 1990s, said Robert Wetzel, district forester for the state Bureau of Forestry.

He said a ranger was hired last year to patrol the land.

“We’ve had people trying to go off-road, illegal burning and underage drinking the last few years,” Wetzel said. “They’re pretty hard on the ground down there.”

Visitors who obey the laws can enjoy state forest lands, he said.

“What we don’t want is off-roading, garbage dumping and underage parties,” Wetzel said.

Kammerer was arraigned on Monday by District Judge Rick Varner, of Salix, and freed after posting bond.